Jo Oram would love your feedback! Got a few minutes to write a review?
Write a Review

I am writing this letter from the Hotel Morpheus, in the knowledge that it will probably be destroyed long before it is ever read. If by some act of great fortunate you are reading this, then they have made a mistake and you got lucky. I may never know what caused these terrors or what ill I must have performed in a previous existence to cause such apparitions to haunt me, but I feel it is my duty to record what I have seen. If you too intend to stay here, then you must keep reading, for what I am about to tell you may save your life or that of someone close to you. It would surely be better for you to spend a night walking the city streets than to remain in this building. I hope you will agree and leave upon learning the horrors that lurk within.

I am a travelling salesman, you see, and this evening I found myself just a few pounds short of my monthly target. Business is good within hotels – there is always someone who has lost their bag or forgotten to pack some vital article or other. With just a few guests misplacing their toothbrushes, I would easily make up the money I needed.

Of the few guests I saw in the hotel restaurant that evening, one in particular caught my eye. An elderly gentleman in the corner was rummaging through a satchel, in clear need of some object that would not come to hand. I approached the old gent and politely asked if I could be of any assistance. The fellow looked up at me with the eyes of someone who had been sorely put upon and said in a voice of some wretchedness, “I doubt it, sir, for my entire suitcase has been stolen and I fear my pipe has gone with it.”

I smiled kindly and said, “It seems that today may be your lucky day, sir, for it just so happens that I have a pipe for sale with me here.” After a quick rummage in my satchel, my fingers wrapped around the stem of a Calabash pipe. I pulled the article from its place and handed it to the man, who seemed delighted.

“It’s magnificent,” he exclaimed. “And very nearly identical to the one I have so recently lost.” The man parted ways with a few coins and said to me, “sir, you must let me buy you a drink to say thank you.”

I declined his polite offer and suggested one of my own. “My dear fellow, if you feel the need to thank me so strongly, might I suggest that you do so by perusing the other wares I have for sale, for it would surely be of great benefit to us both.” The man agreed and invited me to his room after dinner so that I might show him my stock.

After a hearty supper of lamb stew and potatoes, I returned to my room to collect my wares and ventured up the stairs to the fourth floor to meet with the gentleman from the restaurant. The light bulb on the landing flickered in a manner that caused me to feel somewhat nauseous and several further bulbs in the corridor failed to shed any light at all. In the dim light, I could barely make out the numbers on any of the doors but, after a considerable amount of squinting, I eventually found Room 407. I knocked on the door and was surprised to find that it swung open effortlessly beneath my hand. I called out, but there was no response.

Afraid that some terrible accident may have befallen the old gent, I reached out for the light switch. A brilliant white flash arced through the room, like a lightning bolt, dazzling me before casting the room once more into an almost impenetrable darkness. I called out once more, but again, there came no reply. I dropped my case to rummage in my pockets for the book of matches I always carry with me – for they are another top seller – and I struck one in the hope of shedding a little light on my surroundings.

Much to my surprise, the carpets in the room were covered in a thick layer of dust and all the furniture was covered with sheets that I could tell, even by the weak light of the match, were stained and yellowing. I could make out the shapes of the dressing table, the chairs and the wardrobe, but the bed did not look as I expected it to; it was not flat. It looked rather like someone was lying beneath the sheet.

Knowing the extreme flammability of dusty furnishings, I blew out the match and struck another, wishing to avoid any potentially fatal accidents that may occur should the match burn my fingers. With the new match allowing me a few more seconds of light, I reached out a tentative hand and grasped the corner of the yellow cloth, pulling the cover away from the bed to reveal a ghastly face. I gasped as I recognised the face as that of the gentleman from downstairs, but it was different, as if it had been drained of all blood. I stripped the sheet from the bed, revealing the body of the old man, frozen as if at the sight of some terrible apparition. Despite having seen the old fellow just a few hours previously, he looked as if he had been dead for quite some time.

“The fourth floor is out of bounds, sir.”

I whipped around hearing the voice behind me, extinguishing the tiny flame as I did so, plunging the room once more into blackness. By the flickering light of the broken bulb in the hallway, I could make out the silhouette of a man in a porter’s uniform. The light cast his face in a series of grotesque shadows, leaving me uncertain of his appearance. In the darkness, he seemed to disappear altogether.

“This man needs help,” I shouted at him as I reached out to check the man’s pulse, but his skin crumbled beneath my fingers as if it were paper turning to ash.

“This is not a matter to concern you, sir.” The porter took a step forwards, his eyes appearing to glow yellow in the uncertain light. I took a step back, desperate to avoid making contact with him. “You should return to your room, sir.”

The light flickered again and when it returned, the porter was standing just a few inches away from me. The light danced off something shiny in his hand and fear took over me. I leapt over the bed and the crumbling body of the old man and ran down the corridor of the fourth floor. Every door I passed was open and appeared identical to Room 407; the furniture was draped in dustsheets and the same porter stood in each doorway, all turning towards me and staring with their yellow eyes.

I ran. And as I ran, the porters followed slowly, creeping behind me down the corridors, knives in their hands extended towards me. I took the stairs two at a time, intent on leaving the Hotel Morpheus and all its horrors behind, but more porters began to close in on me from below as I tried to leave the third floor. I doubled back on myself and returned to my room, hanging the ‘DO NOT DISTURB’ sign on the handle and locking the door in the hope that they would leave me be.

And even as I sit here, writing this warning to you, I can hear them banging on the door. In a few short moments, they will be upon me and I am sure I will meet a fate no better than that of the old gentleman and, by all logical conclusions, probably one much worse. But I feel it is my duty to warn you of these terrors before they consume me and before it is too late for you to escape. The wooden panels in the door are beginning to crack and splinter now and the bulb in my ceiling has begun to flicker. So, please, take heed. Flee from this place. Speak to no one and venture no further than your own room, for it may be the last thing you ever do. 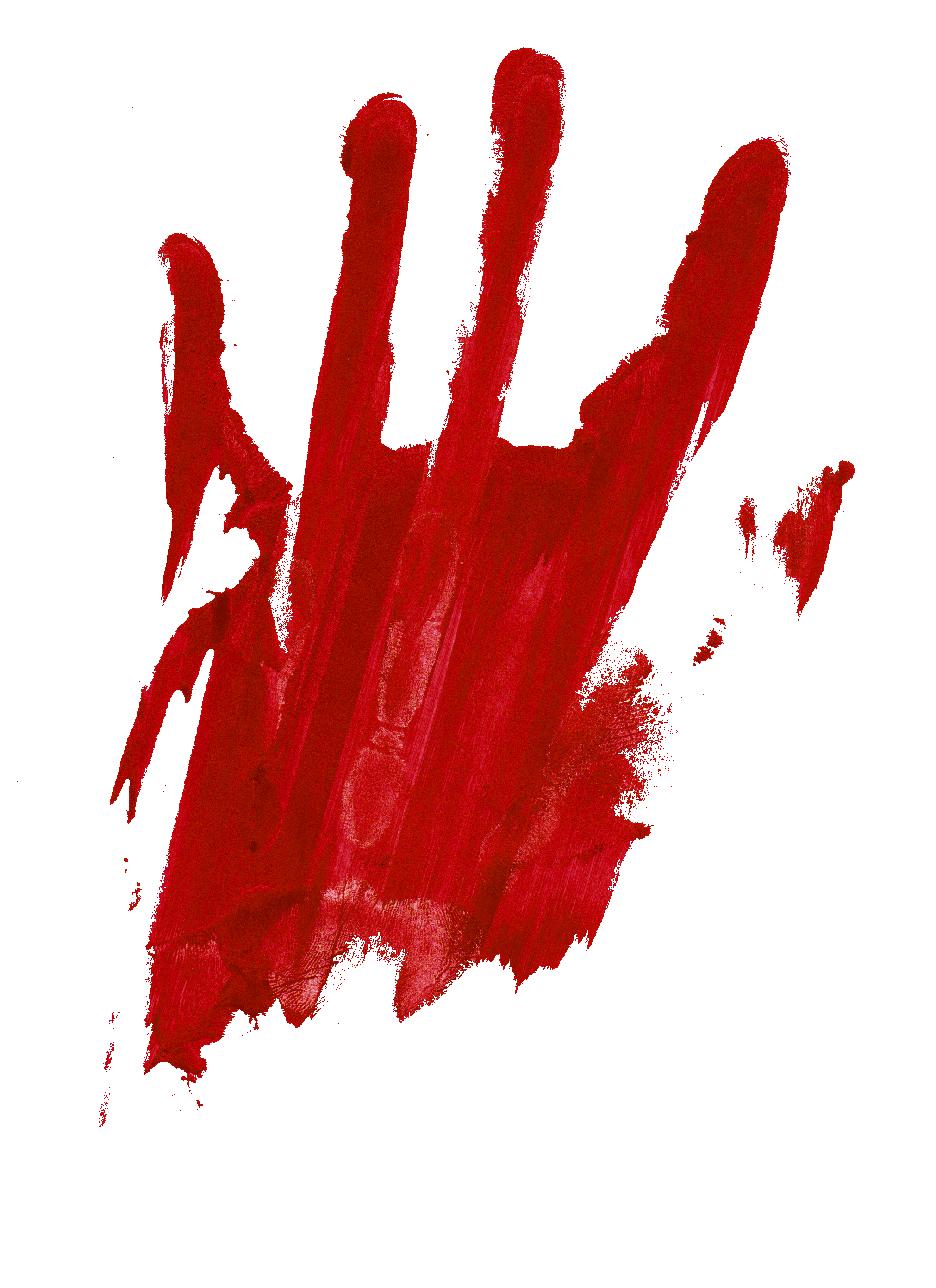 Did you enjoy my story? Please let me know what you think by leaving a review! Thanks, Jo Oram

Tina Figueroa: I love this book and I recommend it to all the grown people.

HTroutt: An absolutely beautiful short story! Wonderfully established characters, plot, and even a bit of romance. I love the pull between reality and truly, hysteria. Beautiful ending, all I want is more!!

Pam: Love the story . For some reason, I think Damien can see but hasn't told anyone. Ms. CLARK NEED TO GET A BACK BONE , KICK ASS .SHE LITERALLY HOLD ALL THE CARDS.

Emma: Was pretty good overall, but if it was longer it would've been even better

Read Now
INCARCERATED in the cage of his love by frozen_within

Linda Bøgebjerg Hansen: Love it. The plot is very good

Kristina Fitzpatrick: I love this book so much!! Though I wonder about her family....will they finally find her????? And will it effect their relationship?????

isabelgrant24: I like the story it was very exciting can't wait to get to the end

scionmama18: Good story. Sweet, glad she stood up for herself and realized what she finally wanted.

Roxanne Studley: Love this story. Can’t wait to read the next one!!

Zaliha: Just love the intro..cant wa init till the end..

BlueC78: Another emotional rollercoaster of a story, am enjoying it immensely. I have had to write a family tree of who is who as I was getting a bit confused but the characters feel real and I’m looking forward to the last chapters

Caryl Faye: The book is really nice and quite unique. The author's writing style can really hit you in a way that you cant stop reading the novel until its done the downside was the books ending. I read the part 1 and 2, and it has the same ending-hanging. Like it ends with no resolution at all. I hope there...