We all faded away until we reappeared inside a dark arena. I curled my lips in and stayed beside Amira. 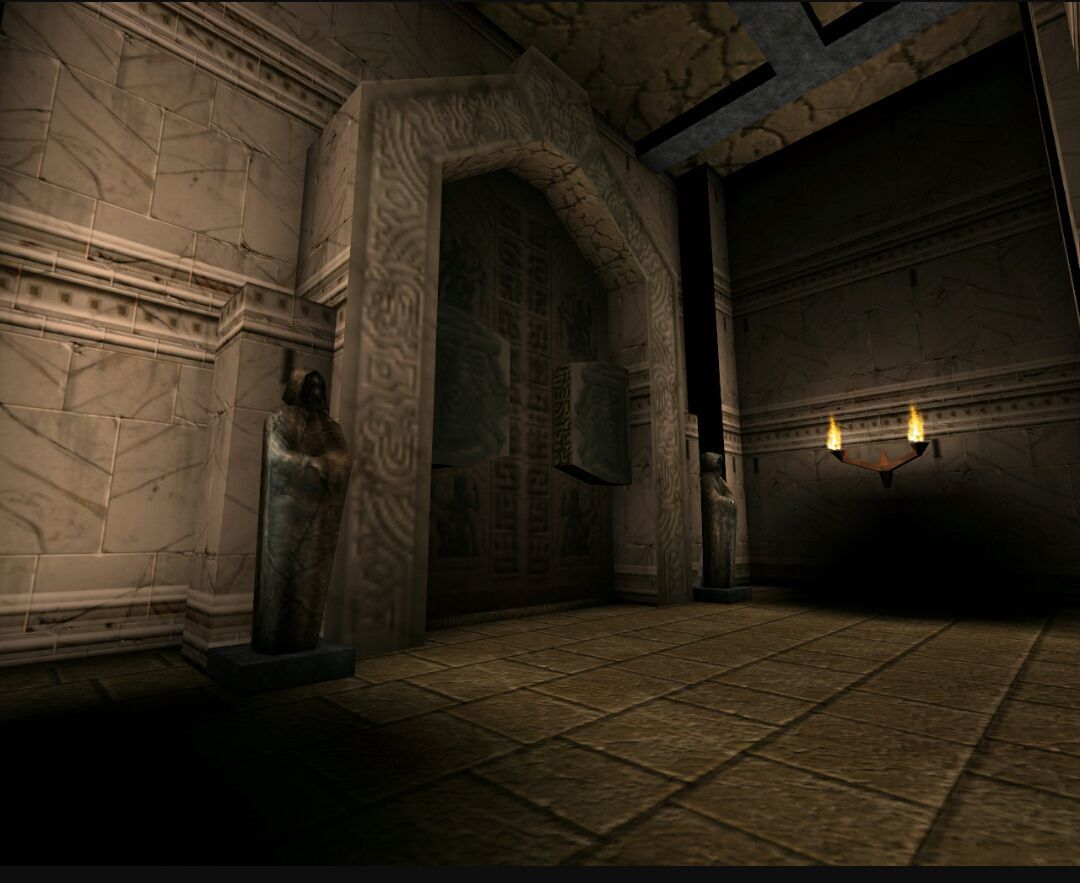 “Come on! Release the C-o-n-t!” (I know he spelled it wrong and not censoring this one out like the last one.) Shouted Jason. He already passed his boiling point. First, being around a bunch of girls with only one boy. Two, his weapon got melted by sulphuric vomit. Three, he got awoken by my loud scream. I really don’t feel sorry for him. ‘Every man for himself around here.’

I glared at the red hair girl that Jacelyn has been depending upon ever since these trials started. Gosh! Jace is clinging onto her and never letting go. If Amira dies, Jacelyn only has us left. It’s only me, Christina, and Allie left. All of the remaining survivors are just nothing to us. We don’t know them and they don’t know us. If we are well acquainted them, we would become unemotional from so many deaths that these assholes are playing. We are just their puppets being tortured for their entertainment. If these jerks were caught, I hope they get an execution. There is no chance for us to escape this madhouse! It’s either be killed or win! Yeah so, we made a people kill themselves, but we don’t deserve this kind of treatment! God, I’d rather go to jail than received these trials we are playing.

If I survive this, I am definitely going to get psychiatric help after. Better yet, unison with my best friends!

We all looked around we glared around and wander. Minutes have passed and we were getting anxious. We just want to get pass this round and move on.

“Come on, your council whores!” The blonde boy shouted making the African boy cringe. He was like afraid of what’s going to happen. “Release your God damn trick, so we can get out-” He gasped and fell paralyzed like he was under a spell. A fresh red beating heart was ripped out his chest. He was coughing up blood too. The African boy glared away and cried at the sight.

Then this pale woman with brown hair with red highlights. She was wearing a dark jacket with denim jeans. Her eyes were red like crimson! She was holding the poor boy’s heart in her hand. He didn’t collapse and he was still alive! The girl ate his heart right in front of him. She chewed the heart in delight. After she was finished, her lips were covered in blood. The boy finally collapsed on the ground dead with a hole about the size of his fist. She finally glared at us with a devilish grin going from ear to ear.

“Oh, finally more people than I can meal on.” She said with a rasp then laughed out. “I am Death Revenge. You better start fucking running because, for five minutes, many people won’t make it out alive, just like this dipshit!”

Amira and Jacelyn got the message real quick and they started backing up to the nearest edges of the dark arena. Her bloody hands grasped out ready to snatch at anyone. I can hear the tick-tocks of the clock coming in. Thankfully, since they know this chick is brutal, she only gots five minutes to play with us.

“Since I’ve lost Tracey, why the hell not.” I heard the light-colored blonde girl said. (Sheryl) She charged at Death Revenge with a sword and backslashed her right in the back. Death just gasped and glared back. Her back that the girl sliced healed in just of matter of seconds.

“You got to be fucking kidding me?” She snarled at Death. Death was still smiling.

“Girl, you need practice using a sword.” She retorts before taking out her large sharp sword before off with the girl’s head. “Goodnight Sheryl.” She says while catching her head and whispering to it.

Death Revenge then lights up the skull with red flames. Her face and hair all vanished and turned into one black skull with dark red flames. It was a reminder of ”Hell Rider.”She tossed it at one of the trialists and it hit the ground just below them. The flaming skull exploded like it was a bomb itself. My ginger-haired friend, Christina. She runs out the flames to roll over on the stone ground. She was screaming akin to a banshee.

“Christina!” I and Jacelyn both shouted. Allie was silently in tears as she stares as the fire grew every second. Christina fell still after a minute of dancing in the flames.

“Fuck you!” I said coldly to Death. She appealed amusement to my remark.

She charged right at me. I knew what was going to happen if she reaches me. I immediately sprinted away from her like if some drunken pervert trying to grab me. I ran towards Amira and Jace.

“You’re going to get us killed,” Jacelyn exclaims as the Death crept behind me.

Then a loud girly grunt from the back caused me to spun around. Allie jumped on top of Death and starts stabbing her like some psychopath. Jacelyn and Amira moved to the other side of the arena.

Amira glanced towards me and held up three fingers and mimic the words of “minutes.” Only three minutes of torture and the round shall be over.

Then a blood-freezing roar came out Death signaling that she was angry. She grabbed Allie and slammed her body right against the wall. The stab wounds made her ooze out dark thick blood going onto her face. She grinned sinisterly at Allie as Allie managed to flip herself over.

“Maddison, get your God damn ass out of there!” Jace shouted. I only backed away a yard.

“Since I am going to die,” Allie uttered, “I am going to drag you down to hell with me!” She grabbed Death by the throat. Death grabbed Allie’s wrist and her wrists began to glow red dust. I stumbled back, baffled of what I saw. I choked when I heard the disturbing cracks from Allie’s wrists as she screamed in pure agony.

”Please let the time be up before she dies." I silently prayed with a feeling of doubt.

At this point, I never faced the disturbance of her screams. I didn’t want to know what’s coming next. At this point, I was crying from fear. These girls only want to get out alive. I wanted to see my family again. They’ll be starving without me. I was the older child that hunted for food even help other civils out. The thought about it makes me tear up.

My eyes shut tightly when I cringe at the screams from the girls.

Maddie, Allie, and I both screamed. All from pain and terror. Allie was levitating up in the air as glowing crimson dust. Death’s hands glowed along with it. She was making weird movements. Then I heard the sound of tearing akin to a ripping newspaper. Allie’s skin was being ripped like a banana peel. Strip by strip by strip.

Maddie turned away and squinted. She was gagging in disgust. I had a huge urge to barth, but I choked it down. Amira flipped Death off without her noticing. “One fucking minute!” She whispers with a threatening appeal.

Allie collapsed as the dust faded and she was bloody. She was weak and fading away. Death made the remains of Allie’s skin pile right in front of her face onto the floor. She began to meal on Allie’s bloody skinned. My stomach coiled and I started to gag so bad that I glared away.

Flashbacks of my life that seemed perfect came before my eyes which made my nausea disappear. My home, my friends, my school, and my boyfriend. Then a feeling emerged inside of me like something or someone was missing in my life at the moment.

The gong of a bell was heard. My eyes went wide opened. We were no longer inside the arena. We were inside the lounge. I glared around and I found Allie lying upon the cave floor. Maddison was holding her crying. All the dead comrades were gone. Allie is still clinging on to dear life.

Maddison gestured me with her hand to get over here which I immediately obeyed. “Allie, stay with us!” I plead.

“Say goodbye,” Maddie said with tears in her eyes.

Allie gulped and said with a bit of strength. “Maddison, you..you were a great friend. You shouldn’t ever be apart of th.this because you never bothered Ash. We p..post videos and taunt her.” Allie said to her with a weak smile. She then glared towards me. “Jace, before I met y..you, I was n..never considered a bully.” What?! “You made me smash this o..one kid for your joy.”

“You had that decision, not me!” I retorted. Maddison made an eerie glare towards me.

“All you talked about is h..her and your l..life. I was going to get grounded anyways. My n..new punishment is d..death.” She began to slip.

I glared towards the councils. “Give her the energy to speak!” I begged. “Make her say her last goodbye. Ramen and Drea smirked in ignorance. Jamie was frowning and silently snapped her fingers. Allie’s breathing became sharper. I spun around and kneeled beside her again.

“Jamie, I’m sorry that I’ve killed your best friend.” Allie teared up. “I was going to get punishment anyways. Maybe I deserve this nightmare.”

“Yes, we do!” She tears up. “Internet shouldn’t be abused nor words shall be abused. I never picked on someone until months ago. What have we become?!”

“Silence.” Maddie shushed me before I could speak.

“Jace, I was loyal to you.” She stared at me with her eerie glossy eyes. I can see an unhappy soul within. “Now, you are with someone else and ditched all of us. You manipulate all of us! I see it now.” I glanced back around to see Ramen and Drea were getting satisfied of Allie hatin’ on me meanwhile Jamie felt tense.

“Jace, you’re not g.good friend,” Allie says as she fell weak again. “Bid your farewell.” She glares towards Maddie and said, “Miss you forever.” Then I felt a flatline noise in my head. Allie laid still with tear flowing down her eyes. Then her final exhale. She’s gone and I felt is burden and treason.

It’s only Maddison, Roy, Amira, and myself now. The rest of them are gone.