This chapter might trigger depression and also disturbance among viewers. You can tell what’s going to happen by the name of the chapter. Mature audience is advised.

Four days had elapsed since from this particular event. Tragic events are bared upon our memories for life.

Ash always sat alone at lunch even work alone on classwork. She gets her homework done at school most of the time. Friends don’t even chat with her as much as they do anymore.

It was Tuesday afternoon and it was just after lunch. Ash was in the library sitting alone on her laptop as usual. Jacelyn, Eliza, and Madison saw her sitting by herself. They smirked in delight and sat down with her.

“Sorry, we were here first.” Eliza teased. Ash ignored and kept typing her essay on her laptop.

“Are you even listening?” Jacelyn snapped.

Ash just rolled her eyes and shook her head at the ignorance of those girls.

”Shut up, you're annoying!” Jacelyn snapped although Ash wasn’t even talking.

“Your presence is annoying,” Ash spoke lowly. “Can you please go away?”

”No! Nobody likes you, you are too creepy." Madison said. Then she grabbed Ash’s binder and laptop. Maddison then purposely dropped upon the floor and supplies spilled out. Maddison then gazed back up at Ash. ”Get lost, bitch!” Eliza and Jacelyn crack into laughter.

Ash bite back her tongue and tried to hold back the wall of tears. She sat down at another table away from the girls. They always looked at her with a smirk even they whisper into each other’s ears. She continued to work. The last two periods of the day, Ash only concentrated on the words that were said to her by all six of those jerks.

Substitute for Geometry class because the teacher left early. Maddison, Lola, and Allie were in the same class as her. The teacher left them to review assignments on angles.

“Class, please behave, I need to go to the bathroom.” The substitute informed.

“Make sure you wash your hands with soap and water!” Shout from one of the female students before the sub left the room.

In silence, Ash continued to work even when Lola came up to her. Ash hoped that Lola will go away.

“Nerd!” Lola said to her trying to get Ash’s attention. Ash continued to look down at her work pretending Lola was a ghost.

”Skank-Slut-Bitch-Whore-Asshole.” Lola slammed her fist onto Ash’s desk. “Your answers are wrong.”

“Unlike you, I least I learn my errors.” Ash rolled her eyes. Lola grabbed Ash by the hair and pulled her down to the floor. Classmates stared and had begun to laugh. Lola walked back to her seat with her friends cracking up. The class fell silent when the sub walked back into the room.

Ash finished her work and put her head down. She can only feel the sting from the pull. She let out a soft cry. Her brain was too clogged to work on other homework during study hall. Jacelyn and her friends posting shit about Ash and even making videos impersonating h had crossed the line. How many times did Ash tell herself to just ignore them and hope they will go away? A lot. It’s like ignoring the bee nearby and ended up being stung.

Ash walked down the compacted hallway full of students. Impatient to grab her stuff and get out of school. Home was the safe zone. No bullies nor drama, just the way she’d desire.

“Hey, Ash.” Ash turned around to see Lola from Jacelyn’s gang of savages behind her. Her voice sounded sweet, but Ash is smart enough that Lola was just hiding the crook within.

”You will never be popular.” Lola stated. ”I can already foresight that your life after high school will be a living hell. No money, nor job, failure to pay bills. I can smell a hobo off of you. Since your life isn’t worth it, do the world a favor and go kill yourself.”

Ash just stared at her for a brief moment. She heard the words, but her head dwelled in silence. Ash turned back around and slam her locker then walk away.

Her parents weren’t home. Ash started to pant as tears began to drip down from her eyes. She wanted to burst out screaming, but she choked it down. Ash dropped her bookbag into her room then walk to the bathroom to gaze into the mirror. 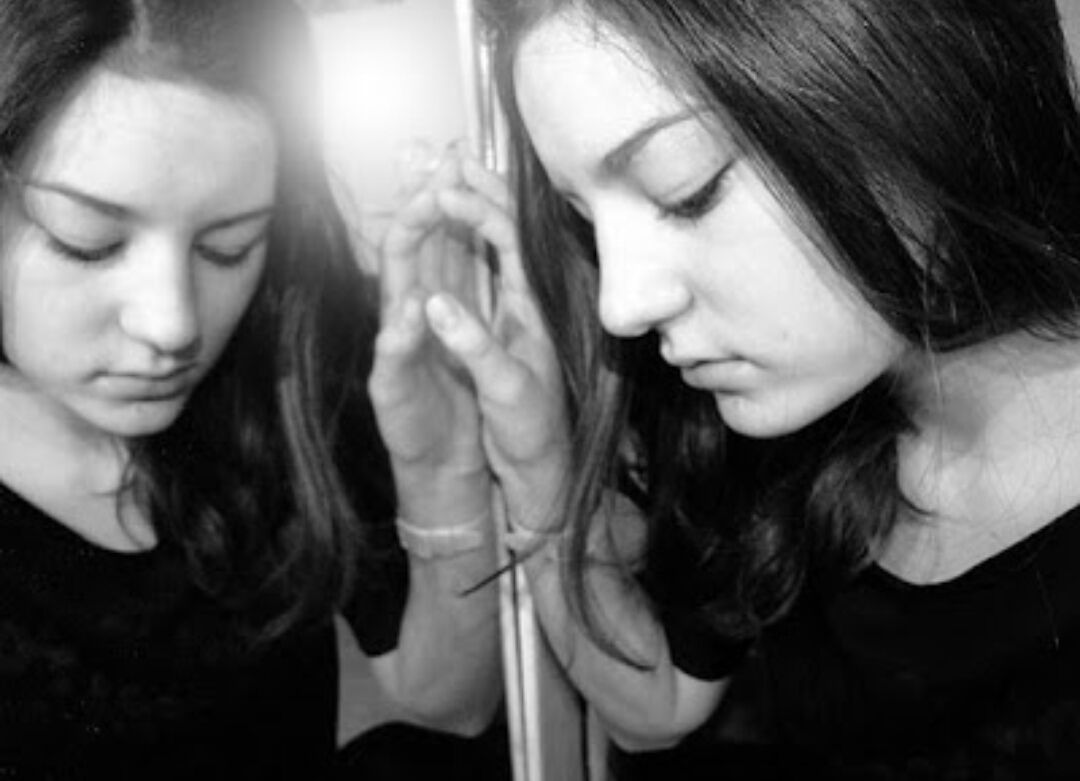 The cannon of words fired off inside Ash’s head like a war. The pressure was about to burst. Tears still fire down and thoughts of a firearm, self-harm, and death came in. She didn’t realize her heart was still beating. Ash became so numb.

Ash quickly grabbed the knife from the kitchen and locked herself in her bedroom. The voices of Jacelyn and her friends kept bashing in her head.

The first slice was within her wrists. It tore her veins and ripping the tissues apart. Her wrists twitched as crimson dripped onto the floor. The agony in her mind was more painful than the pain from her wrists. First, she quickly bends down and slides the knife across the knees almost tearing the ligaments. Crimson ooze down painting her legs.

Next, the knife impaled into her gut and she quickly slides it up to her chest. Ash quickly pulled it out. Her body grew weak from blood loss. Ash dropped the knife into the pool of blood below her. Her vision grew blurry and she crumbled onto the bloody floor in just seconds. The floor felt like an endless falling. She never felt the impact and feels like she’s plunging into eternal oblivion.

Void took over and never let her say goodbye.

Fact: Italize words are what people in real life said to her.