Chapter III: "You Will Pay"

People who dragged people down will be always stay behind. To make them fall, don’t let them leech off of you and attack whenever they get close, but be warned, they can feed off of that.

It had been less than a week and no one of Ash’s friend came to bite my ass like a hound. Lola and Eliza are already stating opinions about Ash’s death on Facebook. They both got fifteen likes and thankfully, no reports. I don’t know why people get so much sympathy when things like this happened? Honestly, friends and relatives should’ve watched the person more often and punish them for an attempt of neglect.

Lola, Eliza, and I were just on our phones looking on other Facebook posts in study hall.

“Jacelyn, Lola, and Eliza, get off your phones or I’ll take them.” An old grump teacher in the classroom warned.

“Ms. Lozano, this is a study hall. Our work is done.” I pointed out.

“People like you should stay off technology more, you kids are obsessed with it. Back in my days, we were supposed to read books and go outside to chat with people.” Ms. Lozano stated. “Darn school giving students free laptops for schoolwork. Kids are going to become lazy asses.” She then went back to reading ”Uncle Tom’s Cabin.”

We just continue on our phones by hiding them under the table. By the near end of the period, Eliza’s phone went off. An ominous person commented on her video about Ash.

"These opinions should be kept to yourself.” It read.

“Comment back ‘Freedom of Speech and who the hell are you,’ Eliza,” I suggested.

The ominous person responded by saying: ”I am your worst fuckin’ nightmare and your opinions are rude as hell. The girl is dead now and you keep deceiving her. I know where you live and I will give you hell.”

“Should I report it to the authorities?” Eliza asks.

“Alert your dad, your dad is an authority,” I urged.

“He doesn’t know I have Facebook.” Eliza shook her head.

“Well, report it to the counselor,” I stated.

The class bell rang. Finally, lunch. I am starving! I can eat anything although the school’s food ain’t trustworthy.

All my friends such as Maddison, Brona, Natalie, Lola, Allie, Eliza, and Christine sat among me around the lunch table eating chicken nuggets. We just gossip about the latest TV shows and YouTube videos that we had watched yesterday.

“This dude on Youtube snorted some smarties and his mom came in. The camera picked up mom yelling at him even throw shit around his room.” Christine states while taking a bite out of a banana.

“Um, girls, quiet. Jamie is looking at us.” Eliza said making us glance towards Jamie. She gave us a death stare while sitting at another lunch table with two other people.

“One of Ash’s friends,” I whispered to Maddison.

Jamie got up from her seat and walked over to us.

“Bye-bye.” I dismissed before she can open her trap.

“Honestly, I know what you did.” Jamie snarled.

“What did I do?” I raised the brow aware that she is going to bring up some shit that I made Ash commit suicide.

“Don’t play innocent with me. You harmed my friend who did nothing to you. You had been harassing my friend for weeks now.” Jamie spat.

“She harmed herself. She could’ve just ignored me and move on. Are you even mad that your best friend is gone?” I questioned with a grin.

“I found your ignorance very amusing. I am pissed and upset. Besides, if you don’t have anything nice to say, then don’t say anything at all.” Jamie barked.

“That freedom is limited when it comes to abuse of power. You may have the right of thought, but that can be revoked when someone doesn’t get the point. Nobody is actually free.” Jamie said unemotionally. “The last bitch who made fun of made me ended up getting a bloody nose. I am not afraid to get break some tarts again and get OSS.

“If you do that, these seven will kick your ass,” I stated while I circled my finger around pointing at each one of them.

Jamie grinned once more. Does she really think that she can take us on? She is outnumbered by eight to one. Jamie grinned widely and silent for a moment. I am starting to believe she is a creep like Ash.

“You will pay.” She growled. My friends and I began to feel unsettled when Jamie’s eyes glowed lime green for a second. Then she walked back to her seat. We didn’t speak of it nor even speak of what we saw.

“Mom? Dad? I’m home!” I called out while brushing past the front door just getting off the bus. I looked around as I crept further into my house. No welcome home mat. Mother and Daddy are probably working the night shift at their jobs. They work at the same place and same rank at the hospital. I guess I have the house all to myself again.

I checked for any texts on my phone. My friends didn’t text me and parents never texted me unless an emergency. I settled my phone down onto the granite counter-island in the middle of the marble looking kitchen.

Homework was hectic due to being the end of the school year and finals are coming up. I wish I haven’t been on my phone during study hall otherwise I would’ve had less homework. Perfect.

The lights began to flicker followed by footsteps running through the corridor. which made me stop and looked towards my closed door. The more unsettling thing is that our dog died less than two weeks ago which made the footsteps more mysterious.

I let my curiosity take over and inspect what or who was running in the halls. No one to be in sight. Then I gasped when I heard loud footsteps coming from the first floor. Loud enough can be heard from the third floor. It sounded like grenades going off.

The immediate action was I bolted down the stairs heading towards the first floor to investigate. I realize my phone wasn’t on the counter where I had left it. What a dumbass thief if he or she tried to do that!

Then my parent’s bedroom door slammed closed by the corner of my eyes making me turned around.

“Caught ya’ now, thief,” I mumbled and enter my parent’s bedroom. The place was clean and the bed was set like always before my parents go to work. The closet door was opened slightly. I immediately opened wide open figuring that the burglar would be hiding in the closet. The next thing I found was unexpectedly disturbing. 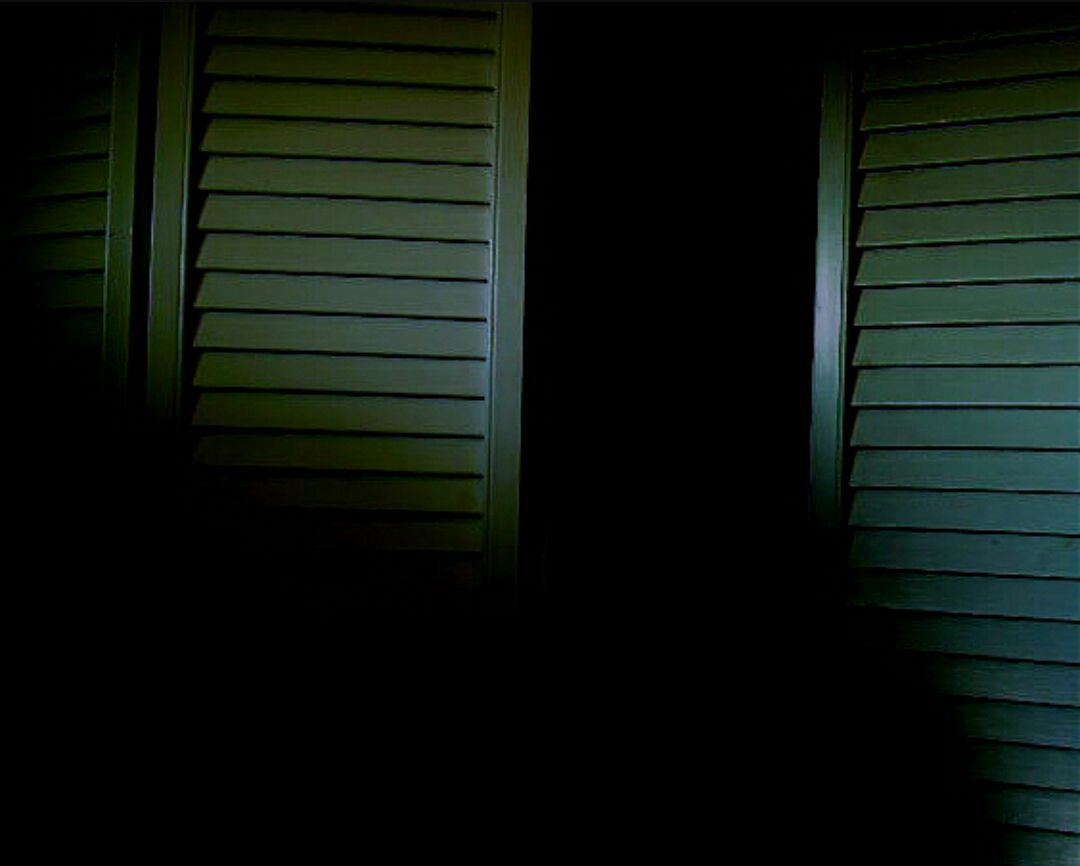 A corpse in a dress in the farthest corner of the closet. Her skin was covered in blood. There was a pool of crimson around the corpse. The corpse was dead staring into my soul whilst she was holding my bright-lit phone with her bloody hand.

It was a good decision never to turn on the light because I wanted to leave the full sight covered.