Chapter IV: Run For My Life

This chapter involves a song called "Crooked Man Hide and Seek Anti-nightcore. Check it out if you want to avoid confusion. Thanks. -AceOfHorrors)

I stood there baffled and scared. Frozen like a statue of granite. I choked down the urge to scream or take my phone from the corpse because I knew she is going to disembowel me.

“A...Ash, I..I am sorry.” I said trembling. Next, the closet light turned on giving me the full vision of what Ash had done to herself. Deep slashes on her wrists. Her knees were almost cut to the bone. The tear on her black dress exposed the incision from her blade was right at her stomach then slides up to her heart. I can only imagine the pain she went through.

“I can’t believe that you have done this to yourself!” I panted. “Are you mad?”

My terror overcame my stubborn self at the sight. A fiendish grin appears on Ash’s face as she sees my fear.

"Ding dong! Hurry! Open the door! I have come! Even if you hide, it’s no use.” Ash sang while her eyes rolled back into her head. It sounded like she was singing with a major speech impediment or singing in another language. Her voice sounded deep masculine. My eyes widen full of dread. Ash kept singing while staring at me with insanity and revenge.

(0:36) I immediately slammed that closet door and bolted out the master bedroom. I stopped near the stairwell right across from the bedroom. I made the worst mistake about looking back.

(0:42) A loud bang followed by a loud crack of wood like the sound of a wall being hit by a sledgehammer. The closet door flew open and Ash slowly walked out. Thick dark blood ooze out of her mouth. Kind of akin to a broken oil pipe and oil just spews out.

I turned back around towards the stairs. I can hear the sound of sprinting right behind me! I bolted up the stairs faster than ever. I can feel my heart pumping adrenaline in my veins. My head winced around to look back. Ash was back crawling up the stairs only feet below me. She was still smiling whilst singing like an Akuma.

She finally was able to snatch my ankle causing me to shout: “Let me go!” I winced forward trying to free my ankle.

Ash started twisting it. I can hear the muscles and the bone snapping. The pain was sharp and excruciating making me scream. She finally let my ankle go. I moved my ankle forward regarding how much pain I felt when putting pressure upon it.

I finally reached the second floor. I was already slowing down due to my ankle. I winced back. Ash was now crawling like the freaky ghost from ”Mama.” The song was adding more uneasiness to the atmosphere. Her own blood was staining the polished wooden stairwell leaving a trail of crimson behind her. My brain is screaming at me to skitter up the remaining flight of stairs despite my broken ankle. 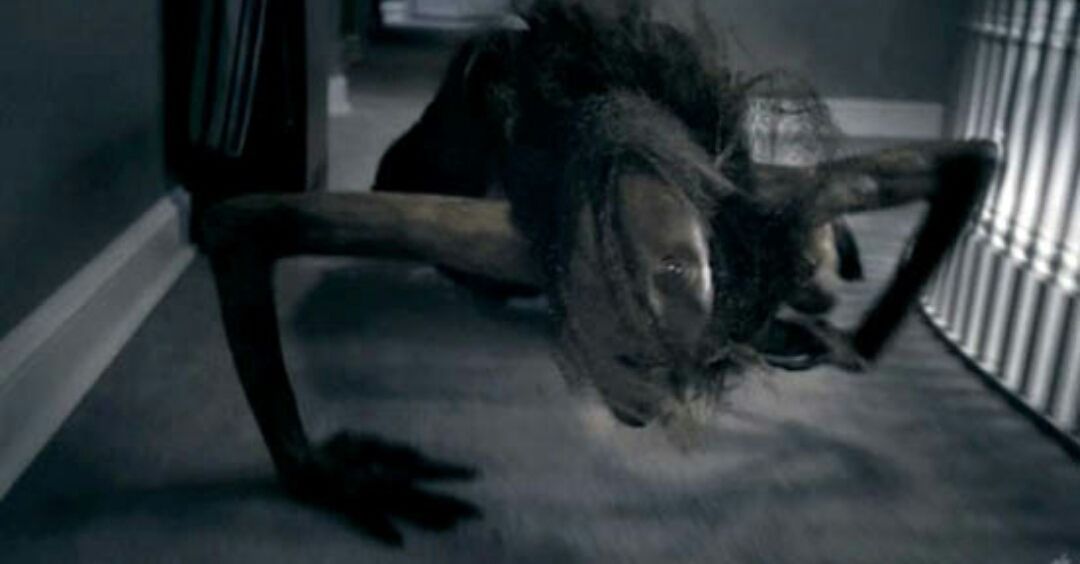 I saw a crucifix upon the wall of the stairwell. My grandmother had said that the cross applies for protection. I unhooked it from the hanger. I finished the final flight of stairs. I winced back around. Ash was standing up because she just finished coming up the stairs. That bloody grin from her was going to haunt me for the rest of my life.

(1:45)“The power of Christ compels you!” I slowly walked backward as Ash slowly crept towards me whilst still singing. God, I can’t understand a word she is saying, but the tone of her voice is telling me to run for my life!

The door to my room prohibited me to make me go back even further. I quickly turned the knob from the door. I was still clutching the crucifix and showing it to Ash.

(2:27) I barged into my bedroom and I had crashed into a force that sent me flying backward. A shriek came out of my mouth. What I saw was Ash teleporting right in front of me! Am I going mad?! The force sends me flying towards the stairwell, dangerously close to ending up rolling down the stairs. I was paralyzed from the landing on my back too hard. The cross that was in my hand was thrown further than me. It smashed against the wall of the stairwell and plopped onto the ground making a heavy cracking sound. I am surprised that it didn’t snap into two. If that was me, my spine would’ve snapped.

Ash teleported and with manly strength picked me by the collar of my purple blouse. I was frozen, not even my legs were dangling.

(2:51) Her lifeless eyes turned deep dark red. As she finished the rest of the song, she tossed me, letting me fall right above the stairwell. All I can see is my vision turning into a void. A void with twinkles and darkness like the vast stars you see in the night sky. It was a beautiful sighting, but frightful at the same time. All I can feel was myself falling forever with no wind. There was no heat nor freeze. I opened my mouth to scream, but nothing came out. Then darkness had engulfed my vision.

I wasn’t aware of my conscious being.

"Wake up! Rise and shine, you fucking egeits.”My eyes snapped wide open despite my will. I was tied into a chair with chains. I looked around to see my friends tied into chairs as well. We were in a dark abandon barn. We pondered who said that. It sounded it came from a teenage girl, but I had to admit that none of my friends had spoken.

Up ahead, three people appeared. All pale with bright eyes. They were dressed in dark clothing. The difference is the color of eyes, gender, and hair. There were two girls and one boy. The boy had blue eyes. The girl had straight black hair with red eyes. The other girl looked very young with glowing silver eyes. 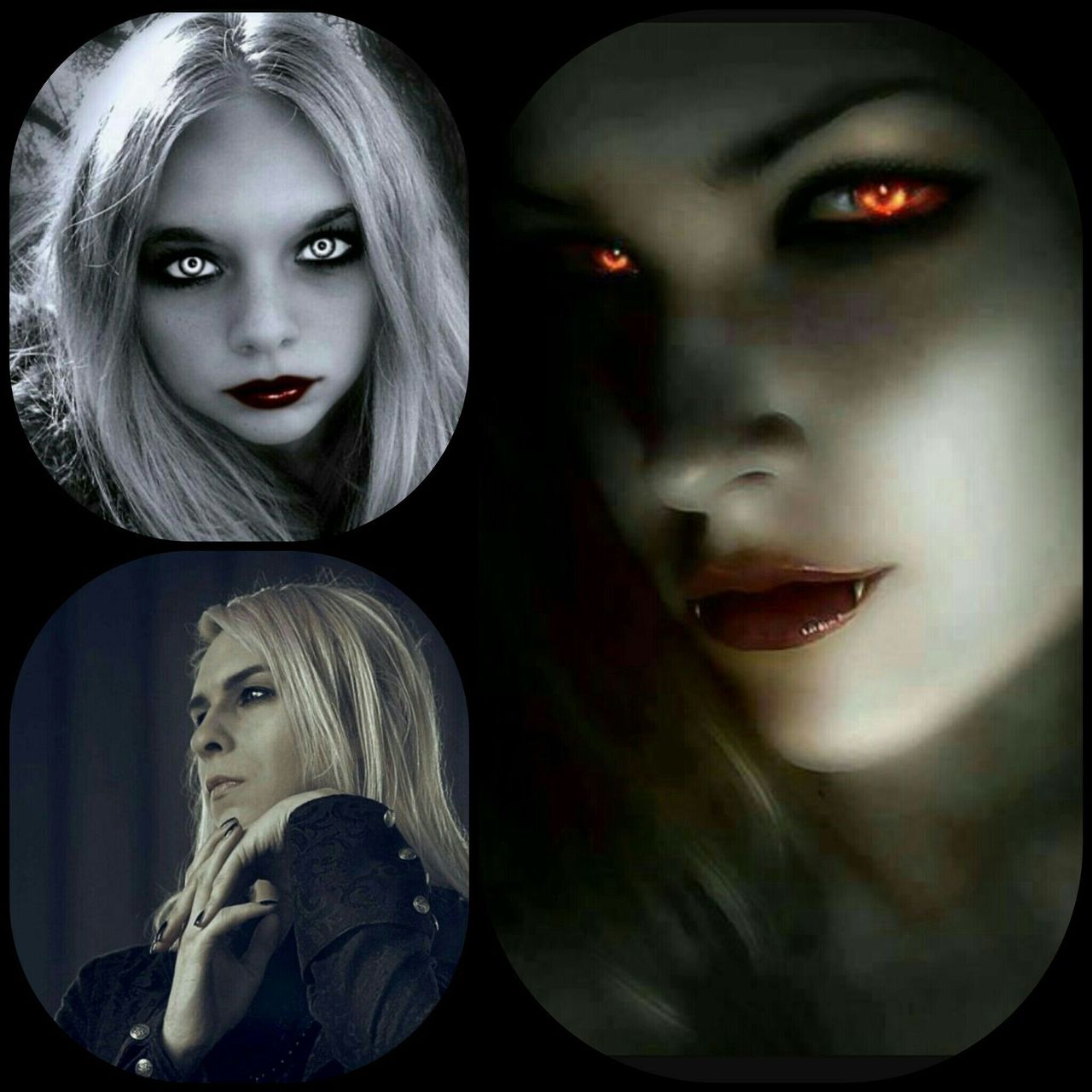 “Pity you all,” said the blue-eyed man. His voice sounded harsh and raspy. “You got yourself into shit. Such immoral thing to never keep your mouth shut and now you are here. It leads to the death of a bright young individual. Now, you all will receive your penalties. All of you bitches are now part of the trials of survival, welcome to the Bully Trials."