A handsome elven man with bright green eyes came to my rescue. He put some time of vaccine to mute off the pain which gave me relief. Amira didn’t want to explain why she was still in the trials and how she’d won. She didn’t give me answers, but she gave me hints. 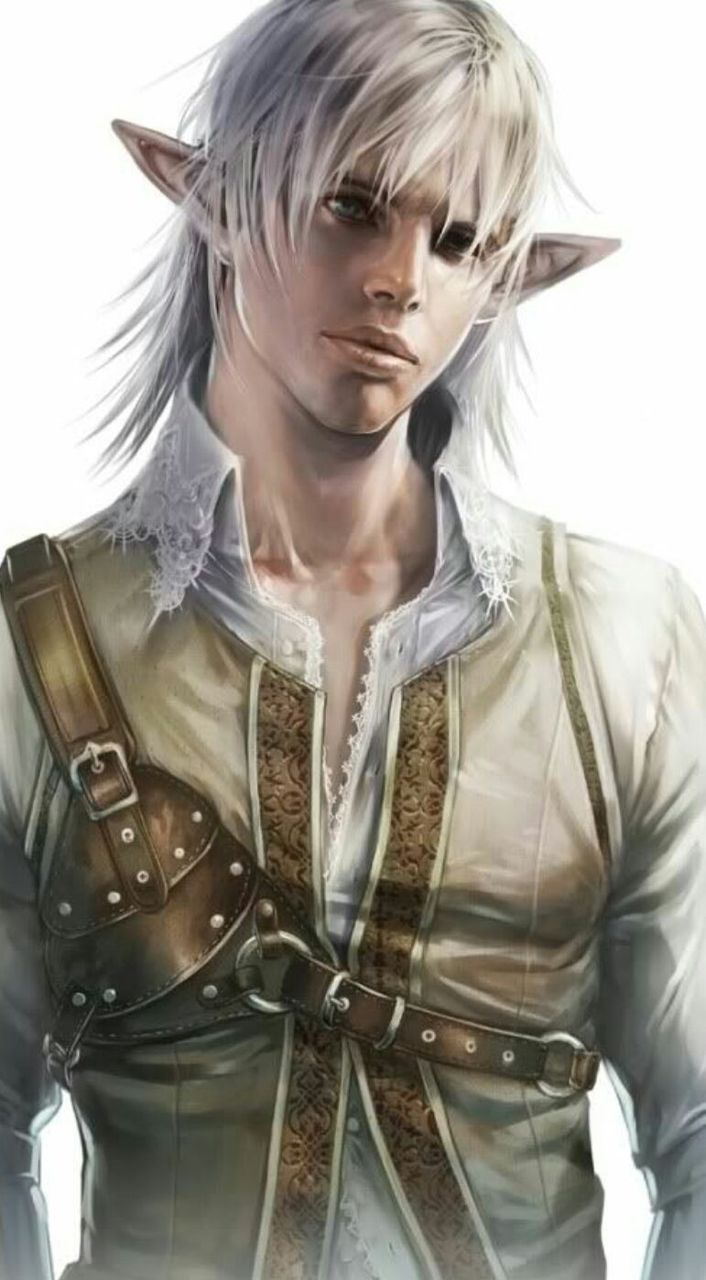 “People wouldn’t believe you or think you had gone mad.” Amira said while looking at her swords.

“So you didn’t want to face a mental facility or something?” I asked.

“Prison. I forced triplets into a Blue Whale game and cheated my way out of it.” Amira explained.

“How the fuck can you cheat on that game and how do you force them too?” I questioned.

“You murderer!” I blurted. She shushed me.

“I know until one of those bastards dragged me down to this place. I was scared as hell at first.” Then she showed me her sword. “This ally led me towards victory.”

“You’d chosen to relive the nightmares rather than peace?” I assumed.

“There is no peace in that world.” She shook her head. “If I return, I’ve would’ve gone to jail or be dissed from society. America ain’t no scary-ass place compare to Russia.”

“Wait! You live in Russia?! How come you don’t speak Russian?” I questioned.

She nodded. “I know how to speak English, dummy. Easy to speak that language!” She rolled her eyes.

“Jace,” Suddenly, my friend, Allie, walked up to me. “How many of us survived?”

“Ten or eleven contestants.” The elven man replied. His voice sounded soft. Kind of felt it in my soul. I love it and it’s kind of turning me on.

“So two of our friends lost in the first round.” Allie shook her head in disappointment.

“Well, what do you expect? I got shot by the back of my ankle. That man knew how to shoot and I saw Natalie got shot in the head.” I retort.

“We got chased by a tornado as well,” Amira adds in.

“We had to run fast as hell because the ground was collapsing into a pit of molten rock. We never ran so fast in our lives and the good thing, nobody fell in.” Said Allie.

“Yes.” She nodded. “It got so harder each round. One of them, I almost died. It involved battling the shit out of a boss. The tendrils and its four arms almost tore me apart. A male saved me by slicing that bastard apart with a chainsaw. He died the final round by being burnt into bits.” She sighs in remorse. “He was a great ally.”

“Christ, you asked so many questions.” She distressed. “His name was Richard.”

“He is a dick then.” Allie chuckles.

“I know what’s coming next round.” Amira snaps and pointed the sword against Allie’s throat. Allie brushed down cold sweat. “W.what is it?” Allie stuttered.

“A girl’s diamond and also a nightmare, mirrors.” Amira answers.

“How did you know that?” Allie asks.

“Can you hear the voices from the counselors in your head or you are just deaf?” Amira said.

“No.” Allie shook her head. “Are you schizophrenic or mental?”

“Hell no.” Amira shook her head.

“Fixed the interior of your ankle.” The elven man smiled. “The medicine will make the pain invisible for a few hours and also heal it.” He put a tourniquet around my ankle. “You should be all set.” The elven man stood up and walked away to help someone else. My boyfriend doesn’t have that type of soothing voice like the elven man does. He has a recessive hardcore voice. The elven man marched to Roy, the African boy. How is he still alive?

“Is that the kid that was here on the first shift of the round?” Amira puts a hand on my shoulder. I nodded. “He probably went upon another trail,” I replied.

“I expect you not to die the next round, Jace.” Amira turned serious. “The mirrors won’t hurt you, but can traumatize you.” Funny, she figured out my name without me telling her.

“I never look in the mirror anyways.” Allie budded in. I rolled my eyes. Of course, that was a lie.

Then the girl with red eyes appeared “Hello, contestants. I see plenty of you survived the first round.” Then glowing silver eyed Jamie appeared and let out a devilish chuckle and said: “I like mazes and I bet you’ll love mazes too.”

“Watch out for jump scares, they’re in the maze” Blue-eyed man appeared.

“What about our injuries?” I can hear Christine’s voice within the crowd exclaims.

“We will give you time to heal.” A familiar human voice came out of Jamie’s mouth. I swear to God if that’s the same Jamie at school, I am going to drag her to Hell with me.

“Damn it, Jasmines!” Allie had the audacity to squeal out which made Jamie stare at her. Jamie teleported to her making me jump. Amira put her hand on my shoulder to ease me.

“I will give you five seconds to say goodbye.” She took out the same knife that she slit Brona’s wrist with.

“I will give you five seconds of your pity, Jamie!” Allie retorts. “If Ash was spectating your actions, she would not be happy with you. Pardon my French, get the God damn stick out of your ass, Jamie.”

Jamie growled. “The hawk is watching you, stay aware.” She then vanished along with her council mates.

One more word out of Allie’s mouth would’ve killed her. Allie started to shake in anger. She grims back towards me and Amira. “I was telling the truth.” She huffed.

An hour and a half had elapsed. Then blue-eyed jerk appeared again. “The round is starting. Best of luck, be a-maze-ing.” He vanished.

I glared towards Amira with pity. She glanced at me coldly. “It’s a maze, not mirrors,” I told her.

“I know it’s a maze.” She replied coldly.

“But how could you fucking lie to me?” I retort. “Maybe you should’ve gone to jail for homicide and fibbing. In that Blue Whale game, you were the wuss of dying, so you shot them.”

All of us teleported upon the starting spot of the maze. There were torches upon the dark stone walls. The phobia of spiders bites me. I hate spiders even harmless and tiny ones. Most of the walls were made of glass inside rectangular wooden flames. 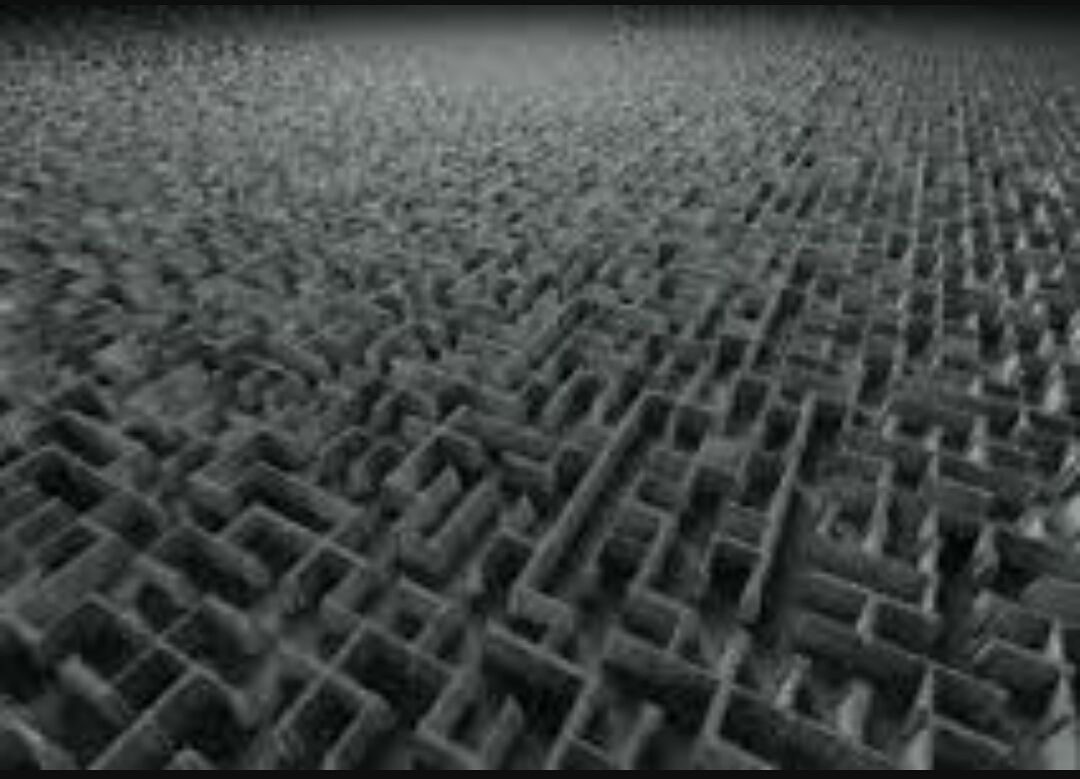 ...I think I seriously found the map of my school.

“I am now the brave one throughout the last trials and don’t you see the other side of the glass?” Amira exclaimed.

Mirrors. A mirror maze. Amira was tellin’ the truth after all.