LambWriter would love your feedback! Got a few minutes to write a review?
Write a Review

This story marks the beginning of a forgotten era in Korean history.

Drums thundered throughout the palace, marking the commencement of a sacred ceremony. Flags were hoisted onto every corner of the palace brick walls and fluttered gracefully in the wind. The palace guards unbarred the eight wooden main gates, and people from different parts of the kingdom entered.

The nobility arrived on servant-carried palanquins, swanking their finest clothing and golden jewelry. The noblemen wore silk ceremonial robes covered by dark cloaks, all topped by a small crown and top-knot. The noblewomen were elaborately clothed in intricate silk robes, with elegant looped wigs filled with braids, sophisticated and expensive hair ornaments. Their faces were painted with the same light powder, while their lips were various shades of red lipstick.

Meanwhile the commoners, in their simple, dull-colored robes, with either baggy pants or long skirts, arrived on foot, holding hands with their families. Unused to such splendor, the common folk were transfixed by the intricate palace pavilions, the grandeur of the courtesans’ and court ladies’ colorful dresses, and the impressive stature of the palace guards. These guards carried long, sharp spears and wore iron-plated armor vests and helmets while standing like statues on every part of the kingdom.

The crowd began to gather in the main courtyard, where a wide, red-varnished wooden dais especially built for the ceremony stood at the far end. A long table filled with food, candles, flowers, and incense, was placed at the middle of the dais as an offering to the Heavens. From the tall, northern gate on the opposite direction, a red carpet ran smoothly onto the holy stage. Upon reaching the base of the platform, it diverged to left and right, running across the courtyard.

In the middle of the stone courtyard by the carpet, a sacred, covered water well structure stood solely like a deity, which no one was allowed to touch.

Sitting at the table on the dais, King Jae Joong scanned the thronging crowd. Like a true son of the Heavens, his angelic, hazel eyes shone as bright as his radiant smile. His high golden crown, with strands of gold and precious stones wrapped into his hair and dangling from his face enhanced his soft facial features, while his white robe—complete with long sleeves and embroidered with black dragons—wrapped his tall, lean body.

Beside him sat his ten noble council members or Hwabaek, five on each side, wearing their uniform purple cloaks and cylindrical black hats. Their personal court ladies and guards stood at attention behind them. The rest of the nobility sat on elegant chairs to the left and right sides below the dais.

The commoners stood in a cramped huddle on the courtyard, and the palace guards served as human barriers between the classes. Guards also lined the red carpet and the perimeter of the palace grounds. Some were even assigned on the pavilion balconies, eyeing on possible threats from the ground and from afar. The courtesans crouched elegantly on the far right and left sides of the carpet, smiling to the commoners and nobility. Behind the captivating entertainers were stood the royal ladies, who kept their chins low in a demure bow.

The indistinct, merry chattering rising from both nobility and peasants did not stop as they continued discussing the King’s upcoming prediction about the occurrence of the solar eclipse, in relation to the future of their kingdom. When palace guards on the pavilion balconies blew their bison horns, all gates were barred for the formal beginning of the King’s declaration to the public.

“His Highness graces you all!” announced by the Minister of Ceremonies.

Jae Joong rose from his throne. His white robes rustled slowly as he offered his blessing to the crowd by raising his right arm and pointing his palm at the crowd. His subjects bowed their heads and genuflected. After a few seconds, he lowered his arm, yet the crowd remained where they were.

“People of Silla, witness the Holy Egg from which our founder Park Hyeokgeose was born,” Jae Joong announced, pointing his hand towards the northern gate at the straight, far end. Everyone stood. They kept their heads down, for they were not allowed to look at the Holy Egg until it was placed on the well already.

Coming from the wooden gate, the Head Priestess, Lady Jang, led a group of soldiers who marched behind her in two lines. She walked gracefully down the red carpet, holding a glowing oval porcelain ball that represented the Holy Egg that had birthed Silla’s great founder. She was a stark contrast to the soldiers with their heavy boots and clanging armor. Her long, white robe swayed in the light spring breeze, while her coal-black hair—loops in intricate braids throughout her hair and held in place with silver pins—stayed firmly in place.

Upon reaching the sacred well in the middle, she whispered an unknown chant to the egg-like structure before placing it on top of the well. “Behold the legendary well and egg in which our founder Park Hyeokgeose was born—the Najeong!” she proclaimed, raising her arms and lifting her head to the sky. The people placed their palms together and uttered individual prayers to the Heavens.

The Head Priestess lowered her arms and bowed to the well before turning and continuing her journey to the dais. When she had reached the foot of the dais, six groups of young men wearing different colors of ceremonial robes with voluminous pants assembled at the northern gate. Their leaders in front carried a colored flag which symbolized the six founding clans of Silla. With the accompaniment of ceremonial beats from the drums and animal blow horns, they dashed around the Najeong Well along the red carpet, performing fighting stunts, rolls, and backflips as part of a dance for good fortune and abundance. The crowd watched silently, respecting the solemnity of the sacred dance.

When the dance came to an end and the dancers dismissed, Lady Jang called the attention of the crowd as she preached, “Your Majesty, behold the power of the Heavens as they give you their blessings to lead the kingdom of Silla. According to our founder, Park Hyeokgeose, the kings hold the mandate of the Heavens and shall be the fathers of the nation!”

Jae Joong went down the dais through the oak-brown steps at the center. He walked ceremoniously to the Najeong Well, and picked up the Holy Egg, raising it high in the air. “People of Silla, as your king and father of the nation, I would like to send my utmost gratitude for your presence in this very sacred ceremony. This ceremony only happens very rarely, and this might serve as our guide in the future years of our kingdom. I would like to convey to you that the solar eclipse would not occur for the first time in its thirty-three year cycle. This means that we will have very bountiful and abundant years ahead!” he announced.

The crowd cheered. Happiness and excitement lit their faces, hoping they would not experience hunger, strife, or any other nefarious occurrences for the next thirty-three years. Chants began to rise in unison.

In the midst of the celebration, one person stood out—a black sheep in a white flock. As the crowd cheered and chanted, the Prime Minister—leader of the King’s council sat back in his chair, clapping slowly as he tried to hide his sneer of disgust.

Hwabaek (화백) - a council of nobles in the Silla Kingdom. They discuss different issues in the kingdom such as throne succession, war declarations, laws and reforms, etc.

Najeong (나정) - a legendary well where Park Hyeokgeose, the founder of Silla Kingdom was born. 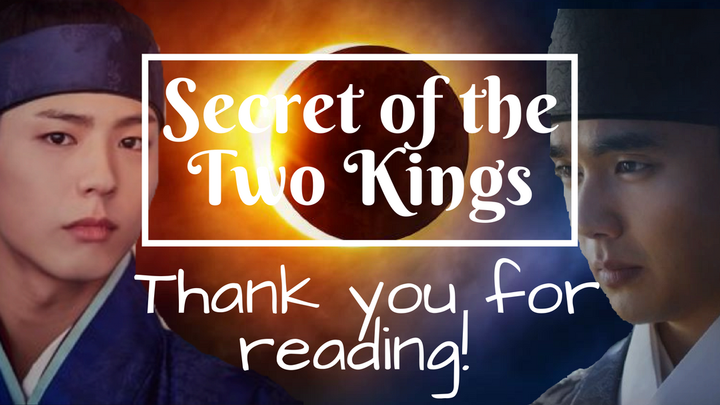 Martina Yorba: Enjoying it I like the fact more that there. Teenagers it's a nice young romantic novel am hooked need more pls

florieta93: Everything about it is addicting. Although I wished it was longer, this pace and 6 chap summed everything and put everything together perfectly. The 6 chap was good enough. I loved it! 😍

luizapcr: Really funny, even made me laugh

Read Now
The Cowboy by lilrach1324

Morgan: Amazing story! I am in love with Tripp and can relate to Kira so well! Just a few grammatical errors and small details not adding up.

Michelle Bair Matthews: I loved this book. I couldn't put it down.Literally walking through the house doing laundry while reading my phone.Hahaha. I love the romance mixed with the mystery.I can usually guess how it will end but I was wrong on the villain on this one.Very well written story.

Read Now
The Pirate and the Prostitute by Erin Watson

Lisander Lopez: Can't wait to continue it's absolutely over whelming

LejiFierce: A few grammatical errors and the story line jumped a few too many times between past and present but I love the consistency of the story. It was shocking that she brought Josh and why is it that Greg can help with ghost but not the soulless? He really starting to get boring as a character. He sho...

Read Now
All Yours by Sway Jones

Pallavi: I like the storyline of this book. I will definitely recommend this book to my friends.

skcthreebucks: Great story! Read it all the way through!!!❤❤❤