Shivam Thakur would love your feedback! Got a few minutes to write a review?
Write a Review

Ah shit I started a new recording, well doesn't matter. Hey there, this is Detective Garrick.

The most peculiar of case I've been assigned to. About a ghost, or a demon, that gives people..amnesia. Quite scary isnt it.

But no worries, nothing I cannot handle!

Perhaps I should educate you, the listeners of my tape, to what exactly is going on.

You see I'm a part time detective. Now what does that mean? Nothing much, I just work part time at a police department. Is that even possible? Yes, well legally no. But I dont want to elaborate further on that.

I'm investigating a paranormal activity. Recent reports have suggested that a warehouse not far from the Washington, Seattle, police office in the east precinct, is subject to some suspicious behaviour.

Oh shoot that was confidential, well nevermind I'll delete the tape later. Anyways, that's my current whereabouts. Okay, I'm going to enter the warehouse, through the backdoor. Which oddly enough is never locked. Regardless, here we go.

Gah, the recorder is freaking out. These high tech touchscreen ones, I just cannot get the hang of them. Hello, hello! Argh, hopefully it's still recording, storage is almost full? Are you serious!? I remember replacing the sd card, sigh.

Well anyways like I said I'm here to investigate a ghost…or something lurking in the shadows. Which presumably induces amnesia onto the unsuspecting visitors. Reports suggest that most people who pass through here on CCTV, end up having memory loss to a varying degree. Could be a ghost, or a mad scientist. Or whatever. I'm assigned to solve this mystery..well…not..really. I lied. They wouldn't let me work on the case, but here I am. Doing it solo.

Anyways, I've already entered the building, and…it is quite spooky. See now I dont believe in ghosts, I'm sure there is some other conspiracy at play. That's why I have a gun. Dont ask me how I've procured this, well you wont..cause I'll be dead.

I'm recording this so that whoever stumbles upon this tape, hopefully the police, knows what happened to me. If I make it out alive I'll just delete it. Anyhow, this place is eerie. Dimly lit, illuminated solely by the moon light. Which shines ever so gracefully over the metallic instruments. Some..factory gadgets. I dont know much about them, gah I dont really care.

I should probably head further into the warehouse. Its quite massive, the roof way above my head, huge pillars of boxes stacked upon each other. Chainsaws, bulldozers, all sorts of construction equipment and vehicles just littered about. My, it would seem nothing out of the ordinary exists here. Maybe the rumours were just….rumours. Sigh, anyways, I should head bac-

I saw something move. Right behind the bulldozer. What was that! Should I go check it out. You see I'm in a…hmmm how do I explain this, I'm in between 2 rows of stacking boxes. At the farthest end, there is a bulldozer, and I swear I just saw something jump behind it.

I should investigate, oh god. What if its some rabid dog. Well, no worries really, since I have a gun. I'll just shoot the mutt and be off. Okay, fine, I'm walking towards it, pardon me for a moment I'll be a little quiet.…

Jesus Christ, I just shot a dog. Well, it was already dead. I can see…about 5 bullets in its abdomen, including the one I shot. Fuck, I didnt even see what the bloody thing was. Thank God I didnt kill something. That sight is disgusting.

Oh god this is gross. But I suppose a dead dog would be a better outcome than encountering a ghost amiright.

What am I thinking, christ. This dog corpse is infested with bugs, and it reeks! I would love to search further but I didnt bring a flashlight. I know it's a dumb move, but I came here on an impulse. I was just supposed to search the perimeter, but I couldn't help get curious, so I entered the building. Jesus, is this the mentality that gets people killed in horror movies?

Should…I go further in. No point in turning back now. Okay, steady…I want to be as quiet as possible...possible..

What the hell is that.

I swear.. that's..not human. It..cant..OH MY GOD ITS HUGE. I have to RUN, I have to fucking GET OUT, I'm going to die oh my god help me this was a bad idea, please no…..FUCK OFF

Hello? Do you read? Fuck I dropped it. Something, I swear something chased me. I didnt see what it was, I just saw the shadow of a flying demon…what the hell am I saying? Argh, this is driving me nuts. That is not normal, whatever it was. Jesus, oh lord. Why did I come here. Okay, okay, ghost don't exist. We know that. Relax. It's nothing. Just paranoia. Calm down, and investigate.

Okay, just a little more. I'm almost there, that demon entity was right behind this crate, well this massive crate, its twice the size of me! Okay now, slowly, slowly. I should grip my gun tightly and get into position…bloody hell…this is insane.…okay…slow breathing…steady...

Oh fuck. I shot on impulse, I didn't even see what I just shot. Hopefully I didnt kill anyone-

Umm, are you serious?

A….a white sheet? That demon thingy was just the shadow of this white sheet? Its flailing around, someone tied it halfway to a metal beam. The hell is this. Why the fuck did it spook me out so much. I've got bloody goosebumps! What's the purpose of this darn sheet anyways.

Wait..a minute. Why are there 10 bullet holes in the white sheet? I only shot..2 times…what. Did someone come here before me? That reminds me, even that dog's corpse was shot multiple times. Did a police officer or detective come here to investigate?

I..dont even know. You know what, I dont care. I dont give a shit. I'll just…I cant even report this. Why did I come here? It's all useless.

That amnesia ghost doesnt exist. I didn't lose my memories. I'm tired and hungry…but…that's strange…I recall eating dinner right before I came here..then, why am I so hungry now? Oh god I dont care. I'm out.

Fuck, excuse me, I'll be going silent for a moment, I'm gonna get out as soon as possible.

Okay…I've reached the entrance. Perfect, I'm just…gonna go now. Okay I'm signing out. How do I turn this bloody thing off. Settings, power…argh what do I press..

It says that I've already recorded something before this…what? I've recorded 5 tapes…including this one…but I bought a fresh new sd card before I came here…this..this is weird. Something is not right. It doesnt add up. Fuck, fuck fuck I'm just gonna go. This is stupid. Whoever reported this case is insane, there is no such thing as ghosts. Or whatever sorcery they proposed. It was a waste of time, I should've never come here. Now I wont get promoted..and I might get fired if they catch wind of this. I'll delete the tape as soon as reach home.

Alright, this is it. No more. I'm gonna stop recording. But wait, erm, what button do I press,

Ah shit I started a new recording, well doesn't matter. Hey there, this is Detective Garrick.

The most peculiar of case I've been assigned to. About a ghost, or a demon, that gives people..amnesia. Quite scary isnt it,

But no worries, nothing I cannot handle! 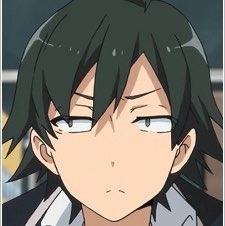 Did you enjoy my story? Please let me know what you think by leaving a review! Thanks, Shivam Thakur

kremanuel86: Ugh! So happy for them and now heartbroken cant wait to read book 3

Lakena: Ok, this story was good! It was attractive and it gives good details. It explains exactly what's going on and what the struggles of the characters are and what they need and want. I also like how the characters feel so down and heartbroken but then there is something that lifts them up, the story...

EmariPorzingis: Thank you so much for making me smile while reading your book. such a compelling story. If you have some great stories like this one, you can publish it on Novel Star, just submit your story to [email protected] or [email protected]

LauraMouse: I really liked the plot twists and turns in the story. Very well written. I read it in 1 run. Now gonna start on part 2. Can't wait for Artie's next adventures!

Za Meriem: I loved the story the minute I read the prologue it only got better as I continued reading. It is amazing. I would definitely be reading it again

snowy: This novel is totally different from all the mafia novels I read until now.this completely shows the reality of dark world and how men are cruel and dominating.author writing style is good.worth reading.i felt sad for Elaina she struggled and faced so many problems. I wished for her to escape fro...

amageoant: Its a good quick read

Kellyan David: Enjoyed this biker story. Most of them have the same plot and act like men can't be faithful but this story was great. Good job writer ☺️

Joyce Joshua: What happened to Abraham. Did he survive or not and what abour Hanna. Good book - read from page one to the end. Did not stop reading until the end.

shamwaambap: I really love this story and i would love to recommend it to everyone, it's so interesting

Read Now
Choose me or lose me by Michelle Torlot

cobyemma: Fantastic story. Really different from a lot of stories on this app that I've read so far. Some spelling errors that can be fixed with a good edit

Mary Wildenmann: Hate filling these out. It is a pain . Hoing back to wattpad