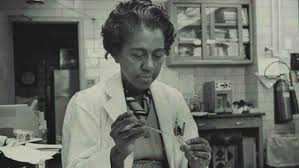 Marie Maynard Daly is known as the first African-American woman to receive a Ph.D. in Chemistry in the United States. She is also known as the woman to discover the correlation between high cholesterol and clogged arteries.

Marie was born in Queens, year 1921. She grew up reading books about scientists and grew up loving science from a young age. Her family believed strongly in having a good education. Her father had wanted to be a chemist but had to drop out of college because he didn’t have the money. She dreamed of following in his footsteps and continuing the dream for him.

After graduating from Hunter College High School, she attended Queens College in New York. To save money, she stayed home and walked to school instead. Daly graduated with honors but didn’t have enough money for graduate school. She worked as a lab assistant at her old school and had a few fellowships as well.

She wasn’t playing around either. She had her master’s degree in just a year, and then she was moving again, this time to Columbia University as a doctoral student. Boosted forward by her brains and ambition (as well as the start of WW2) Marie had no trouble getting a job to help pay the bills and stay in school. Marie’s chemistry program was led by Mary L. Caldwell, a woman who helped pave the way for women in science. In two more years, she had her Ph.D.

After graduating, she leaped into research of her own. Along with Quentin B. Demining, they worked on understanding atherosclerosis (the buildup of fats and cholesterol in the artery). Using rats, Marie found a strong correlation between high blood pressures and high cholesterol. This discovery was groundbreaking and helped served as the basis for future blood-pressure diseases. In addition to this, she also taught biochemistry at Albert Einstein College of Medicine. She worked hard to get women and people of color into more medicine and science-based programs. In honor of her father (who had not been able to complete college), Marie started her own scholarship fund for other minority students.

Daly also had an important role in classifying histones, a type of protein. These form important chromosomes, as well as playing a big part in our genes. Histones are what show which genes are expressed, and which are not (which explain why siblings look alike, yet different). Before Marie had even delved into this topic, no one really knew what histones were. They were just...there.

Marie died October 28th in 2003. Her legacy will forever live on.