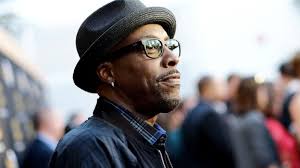 Today, 65 years ago, Arsenio Hall was born in Cleveland Ohio. He grew up poor, and often dreamed of being rich and famous like the people on television. Johnny Carson (the host of The Tonight Show) quickly became one of his idols. He, too, wanted to be a television host. His father, Fred Hall, was a devout man of faith and physically (+ emotionally) abusive. His mother, Anne Hall, divorced him when Arsenio was only 5 and moved them away. She had to work two jobs to pay the bills, but she saw something in Arsenio and paid for him to have summer class at the Cleveland Museum of Art.

Arsenio Hall was the first person in his family to go to college. He attended two universities, Ohio University (Athens, Ohio) and Kent State University (northern Ohio) where he gradated with a major in speech communication (1976). Shortly after that he got a job at Noxell Corporation, where he figured he would try his luck at advertising. He was only there for a year before he quit and moved to Chicago where he started stand up comedy, working nights in clubs. In 1979, a famous jazz singer Nancy Wilson “discovered” in one such club. She was impressed by a number of his attributes (humor, openness, relaxation and charm) and hired him to be the opening act for her shows. He did exceptionally well at that, and soon opened shows for famous stars like Tina Turner.

Success on the stage led to success on the television sets. He appeared a few times on ABC’s Half Hour Comedy Hour. In 1984, he was offered his first role on a continuous show. Alan Thicke (host of Thicke of the Night) hired Hall to be an announcer for his show. The talk show didn’t sit quite right with critics, and was cancelled after only one season. His one season impressed network executives, and soon enough he was a substitute host for Joan Rivers on The Late Show with Joan Rivers. Arsenio was naturally witty and charming, and just seemed completely at ease. Soon Joan Rivers retired, and Arsenio Hall replaced her. The show ran for about 13 more weeks (now called The Late Show with Arsenio Hall) before coming off the air.

In 1988, Hall took a small break from television to work on two movies with his friend Eddie Murphy. In the movie, Coming to America (1988), Arsenio proved to be very versatile, writing up some parts of the script and acting in multiple parts. He received an American Comedy Award and a NAACP award for the movie. In the following year, he worked with Eddie Murphy again to create Harlem Nights, a gangster movie set in the 30′s.

January 3rd, 1989, was the day Arsenio launched his own late-night talk show. The show was called The Arsenio Hall Show and targeted a younger generation. Hall wrote the theme song himself (titled “Hall or Nothing”). The show ran on more than 167 stations, and ran for about five and a half years. He did not stray away from controversial topics (like most talk show hosts did) and interviewed people from all sorts of career and racial backgrounds. He showcased African-American leaders such as Jesse Jackson and Al Sharpton. In 1994, he did an interview with a very outspoken Muslim minister named Louis Farrakhan, which many people blame as the reason for the shows cancellation.

In the early 2000′s, Hall became a single parent. He began to reshape his career so that he focus on raising his son. Arsenio Hall is still alive today.