Joy Fru would love your feedback! Got a few minutes to write a review?
Write a Review

I was in my bedroom looking out the window painting the beautiful scene outside. It had just snowed and the beautiful reflection of the sun glistening off the snow. The snow piles that sit on tree branches that give the world around me a beautiful glow.I loved to paint but it was mostly used as a cover when I went on missions, Yes you heard right missions. I'm what you would know as a junior agent with all the cool gadgets and stuff. Don't worry I don't spy on people in their sleep. I’ll tell you later but no I have to go, my mum, thinks I sit in my room on my phone all day long talking to my friends when I'm really working on a project for the agency.

“Angelina dinners ready,” Mum says. I hate when she uses my full name I like to go by Angie because it was given to me by the agents I work with. It sounds way better.

" I’ll be down in a few minutes minutes,” I said. Packing up my paints and leaving out my painting to dry I walk down stairs and her my family at the dinner table already. I want to go sit at my usual spot but I notice my annoying younger brother is sitting there. I have an older brother he’s the one who knows my secret.

" Mom tell Jack to get out of my seat”

" Jack can you please go to your seat,” Mum says.

" Why does she always get what she wants,” jack says

“I do not get whatever I want you the one who’s a spoiled brat,” I say

He glares at me but eventually gets up and moves. For dinner, we were having lasagna my favourite.

“How was school,” Father asks

I go to Winterville School of Fine Arts. My parent thinks it a school for the arts but that’s just it cover name. It is actually a school for the agency to train young spies we have actual classes like math, English, science and social studies but that only takes up 1/3 of a day and the rest consists of spy training To the students it is known as the I.S.A ~ International Spy Academy. The only people who know of these school are the students and their families but they only know that their kids are attending a normal school.

“Anything new that happened,” Father asked

" No not really anyway,” I said. It was actually really interesting we were training for a new mission and we get to go to Paris for part of our training and the other half is spent at the white house in America. We get to use it as a training as bodyguards so if we wanted to be in the secret service we could. I have always wanted to travel to America and work for the president.

“Well actually we have a 2-week trip coming,” I say “we’re going to the conservatory centre, ” I say quickly

“How come she gets all the fun stuff when I have to stay at home,” Jack says

" I do not, I get one field trip the whole year and you have like five”

" But I don’t get to travel to places 2 weeks,” jack says

" Jack you aren’t old enough to travel out by yourself but your sisters 17 she can handle herself,” Father says.

-Thanks for reading this chapter this is my first book so please comment what you think.

By the way, the picture is of Angie. 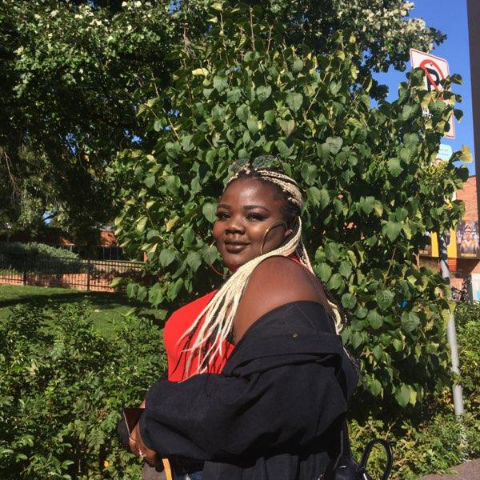 Are you enjoying my ongoing story? Please let me know what you think by leaving a review! Thanks, Joy Fru

Sarah: Such an awesome story. Loved the characters snd storyline. Looking forward to read the rest of the series to come.

Maria Guthmiller Conley: I loved the chemistry & growth of all the characters. Their abilities intertwining making their pack strong. The clubs were a bit much. A to the death fight club, then sex club with children. I'm grateful it shows the dirt & grime of this world, but hard to read...yet still I couldn't put it down...

Elena: I love this story(book). It has a great story line,and very strong characters. I would recommend this book to everyone. A very good read♥️💖💓👍

Read Now
Until my last breath by Lily Rose Stories

heartnsoul: Really like the plot - on point no complication. Needs more proofreading and spellcheck - other than that it's a great one.

Read Now
Nothing Done In Love by Tara_Cox

JGatz: The sex scenes, graphic but not overdone "pet store kitten" the story itself. It worked for me. Well done.

Alicia Pfirman: What a good book 📖 . I just loved it. One of the can't put down book.

Ana Hern: This story was funny and well put together! I loved reading it!!!!

Maria Guthmiller Conley: I love all these additions. The added side story. I adore each character as if they are real people.

Nakyeyune: I love your books

Stephanie Brown: Amazing short story loved it wish it was a bit longer