auviya023 would love your feedback! Got a few minutes to write a review?
Write a Review 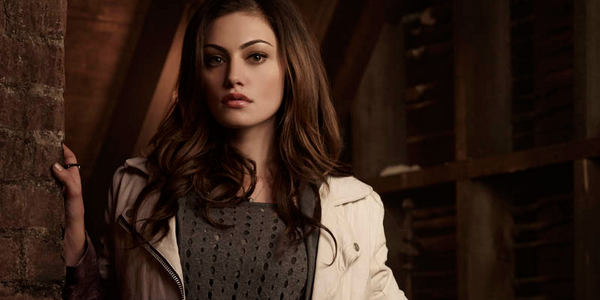 I wish I could hold your heart,

Cradle it gently in my hands,

But my arms are just not strong enough,

To hold what I don’t understand.

That was the first thing to enter my mind as I came to it. Darkness surrounded me like a vice or so I could decipher with an obscured vision and the starting of what was going to be a major hangover.

My throat parched, I felt lightweight . What had I been drinking last night to possibly cause this?

I groaned ,or at least tried to , with my tongue sticking to the roof of my mouth I couldn’t exactly make a plethora of noises.

With what had to be a herculean effort I tried to move and froze. My hands brushing against something rough , my reflexes waking up as they tried to free themselves from what felt like...confines.

My hands were tied behind my back and even though my feet weren’t tied in any way ,I couldn’t move them.

Dread filled me as I slowly took in my surroundings recognizing them almost immediately .

I was in the basement of Philip’s church , but for the life of me I couldn’t remember how I ended up here. I racked my memory for a hint of a clue but drew a blank , my bindings biting into my skin as I squirmed and tied to get free ,but damn it the rope had no give.

And just as I opened my mouth to scream for help , I heard it. A snicker.

A snicker that I knew all too well.

Wh-What was he doing here?

Suddenly a door opened to my left smacking of the wall and in walked the pack. The Pack , a not-so-secret society of elites which served you with all the strings and connections you will ever need to survive. They make you the wolves and give you sheep to feed on , that is if you manage to get in and survive to tell the story. Not many do.

Damion along with his four friends lead the pack ,the positions passed down from a generation to another. A group of pompous assholes to me and the means to rule the world to Michael.

I breathed out a sigh , this must be one of their pranks . Or perhaps another test for Michael .

“What are you all doing? This is not funny .Untie. me . now” I say through gritted teeth

“And you want to please us , right?” Nico slurred.

Shit. He was piss drunk . Dominic and alcohol was not a good combination

" Seriously , untie me. Where is Michael?”

" Michael won’t be joining us. He got too excited about his initiation” said Will

“You took him in? ” I said with utter disbelief . Michael, my best friend, had been trying for the last 3 months to get into the pack . They had made him to do the shadiest of shit and yet there was little to no hope for him ever becoming one of them. And they accept him in today? When he was going to confront them and leave? yeah something was off alright.

“Yeah, we made him a deal” Madoc said . God were they all this drunk?

“A deal?” I asked my skin breaking out in a cold sweat .

" Yes, we took him in on the condition that we can have something that’s his”

That didn’t make sense. I licked my dry lips. Something that’s his?

I froze, the realization jamming into me like an electric shock waking up all my sinuses and nerves as I put two and two together. But it can’t be ... it is not what I am thinking it to be... he wouldn’t do that to me , would he?

“Ah, you figured it out” said Logan. His accent more profound in his inebriated state . I used to find it enigmatic , now it just filled me with dread.

With a quivering voice I forced my lips to move. “w-who?”

“You” all of them said together

Anu: Are you ever gonna update this ? Or is this available on some other app?

Lucille Barr: Very good book I would recommend it to everyone. Can't wait to read the rest of the series. I can't wait for my family to read.

Betty J: Another great story in the series. It is getting more intriguing.

sweetP31lover : Very interesting. The story is beautiful.The fact that theres a room for change for Kane is wonderful.The author is doing a great job!Keep it up hun...thumbs up.

Read Now
Bending The Rules by Xebbex on Wattpad

irene: What can I say ...once more perfection as new mates are found and claimed ..lots of new cubs and excitement ..mates suddenly stronger and getting to grips with their new strength and gifts ...I love all I've read so far and cant wait to read the next installment..congrats to the author for keepin...

Betty J: Again another great story in this series. It is hard to pick a favourite, they’re all so good. Thank you Koko for sharing the gift of your imagination through your books.

Ble: I love everything about werewolf/vampire

Nathalie: I enjoyed reading this novel, it was mind blowing. Could go through and picture everything said and done, it was wonderful. My bestie will definitely want to read this.

Read Now
Because I Kissed a Vampire! (Book 1) by Presley's Angel

Roselind Lim: I like everything been posted.. Had read 2 stories.

rimshiza291: This story plot seems different from what I’ve read on galatea - granted i only read a chapter there but the events are described differently there; like she doesn’t like the clinic and she helps a boy with his knee on her first day among other stuff. Moral of the point: the plots don’t seem the ...

Mary Yowell Morrison: I appreciate the age and maturity of the characters. I look forward to the rest of the series