Lydia Rose would love your feedback! Got a few minutes to write a review?
Write a Review

"Mountains are the beginning and the end of all-natural scenery”

“Findlay! There is no way we’re taking your chameleon with us!” I shout at him, staring wide-eyed at it. The little thing hisses at me, giving me a death glare. It hates me.

Findlay rolls his eyes and brings his pet up to his face. “Aww, ignore the mean Hollywood star.” He starts making smoochy faces and kissing noises. I stifle a laugh, shaking my head at his antics. The guy is nuts.

“Well,” Casey pops her head up from the car door. “You guys all set?”

Excitedly, I nod my head. My heart is jittery and my muscles tingle with excitement. I am so ready for this trip. I couldn’t sleep a wink last night because my head was rolling in thoughts of the trip. When my alarm sounded, I sprung out of bed like it was on fire, heading straight for the shower.

I had been waiting for this trip for too long.

From the corner of my eye, I catch the gang heading over to us. Brock has his arm around Hannah’s shoulders casually. Callum and Ares chuckle at something and Athena furiously types something on her phone. They all stop on the public path, all wearing sad expressions.

“I’m going to miss you,” Hannah states, giving me big, sad brown eyes. The sly girl is trying to guilt-trip me into not going. I just know it. She's been doing it all week. “I need to spend more time with you.”

Mentally shaking my head, I embrace her for a hug first. “We can talk every single day, I promise. And it's only for a couple of months, you’ll see me soon.” I whisper into her ear and she tightens her hold on me in response.

Next, it’s the twins.

Ares and Athena both lunge at me, squeezing me so tightly I can't even breathe. Not that I cared though. Close to my ear, I catch the sound of Athena sniffling. She pulls away last out of the both of them, with watery eyes. I smile sadly, placing my hand on her shoulder.

“It’s not like you’re never going to see me again,” I tell her softly. Our relationship has only grown since I got back. We are closer than ever.

Athena rubs her eye and shakes her head. “It’s just...” She sighs, collecting her words. “It feels like your leaving us again. It’s like two years ago all over again.”

The feeling of anguish ripples throughout my body despite my extremely happy and excited mood. I’m not going to lie, a part of me does feel bad for just upping and leaving - even if it’s for a short amount of time. But the knowledge that I’m going to be back here is what’s keeping me up. And it’s what's going to keep them going.

Things are so different this time. We are parting on good terms. And I will be coming back to them.

“I know, I know,” Athena says, raising her hands up defensively. “I’m overreacting too much, it’s not like you are going to Antarctica and never coming back but...the doubt is there.”

With complete understanding, I nod my head. “How about we make a deal where you have to text me every day?”

When Callum comes up to me, we hug without a second thought. It’s nice to know that everything between us is okay. Things were a bit rocky at first but we are slowly moving forward. Things are so much better. He’s going to be okay. We are going to be okay.

“Of course,” I answer him, solemnly.

My brothers hug me next. When I say hug, I mean they both tackled me. I lose my balance and nearly fall flat on my butt but luckily, Martin slips a hand on my back. Scowling playfully, I scold them. “You buffoons, I nearly fell.”

Brock smirks, “well why else would I do that?”

This time, I smack the back of his head.

My parents already said their goodbyes earlier so when I get in the car, they wave to me from their spot on the porch. Findlay also gets in after waving to everyone and revs the car.

I turn my head to face the group again, memorizing them. I know I’m acting as if I’ll never see them again but I just feel its necessary to.

Swallowing the lump in my throat, I direct my attention to Findlay. “Yes, I am.”

“This is freaking amazing,” I gush, staring ahead with my mouth wide open. The view of the beach and sea is truly extraordinary. Nature at its finest. A slight breeze causes my hair to twirl in front of me. That’s when I hear a click from behind me - the sound of a photograph being taken. Twirling around on my heels, I face Findlay.

“Did you take a photo of me?” I ask him, shielding my eyes from the harsh sun.

Findlay mischievously nods his head. ”Maybe,” he drags out with bright brown eyes.

I hop over to him to stare at the photo and open my mouth in surprise when I see how...good it looks. 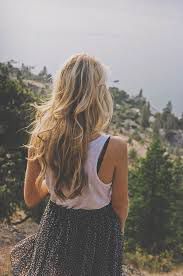 Findlay admitted he liked photography and so he’s often taking photos of me. I don’t really mind though, I’m used to it. Often enough, I’m complimenting him for his talent but he dismisses me modestly.

“So do you want to go to that party later?”

Earlier, we met a local guy who was also climbing this cliff too. He recognized who I was but didn’t say anything. Instead, he had a normal conversation with me. After getting to know us a bit, he invited us to a beach party being held tonight. Naturally, I was hesitant to accept at first. He said it was fine and told us the invitation was open in case we changed our minds.

I want to go but the fear of being hounded by drunk people or having the press finding out about it is stopping me.

Findlay comes to stand right in front of me and gently places his hand on my chin, tilting my head up so I can stare into his eyes. The same, beautiful eyes stare back at me with hope and another emotion. Something I can’t decipher.

“You’ll be fine. Do you want to know why?” He questions me.

I shake my head, not knowing where he's going with this.

The corners of his lips quirk upwards. “Because I’ll be with you.”

And that is enough for me. Findlay has been amazing for the past few weeks. He’s a great companion - funny, kind and understanding. I think I have told him more than I’ve ever told anyone else. We have something. A connection.

I trust him so much.

Findlay reads my eyes and his lips stretch into a full-blown smile when he sees my answer.

That’s another thing about him, he knows what I’m thinking or feeling. I don’t have to tell him, he just knows.

“Great,” he claps his hands together, excitedly. “Do you want to get food now?”

So after walking down the hill and getting food, we go shopping for some beach clothes. Findlay helped me choose my outfit, claiming he’s a fashion expert. He’s not, he just wanted to tag along.

In the end, after several arguments, I find the perfect outfit. 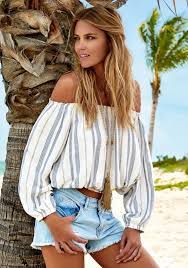 It's bright blue jeans with an off the shoulder white top. Perfect for the beach and not too revealing.

Findlay’s eyes light up when he sees my outfit and his mouth is wide open. His stare is so intense and flattering.

We walk on the sand to where the party is being held, the beat of the music vibrating around us. The view of dancing, swaying bodies, volleyball matches and bodies around the campfire is what I see. Everything appears so...new and exciting.

“You ready to get smashed?” Findlay whispers into my ear.

And that is exactly what we do. We get wasted. In this moment, I feel normal. I feel like a teenager who is going to a normal party. I'm not a celebrity. I'm not confused about who I am. I'm just me.

I dance with Findlay, throw down drink after drink. My time is amazing. I let go of the fear and be free.

And god, it feels like I’m on top of the world. Nothing can stop me from feeling like a free bird.

As the night progresses, I end up cuddled with Findlay around the fire. The feeling of his body pressed against mine is beyond words. I’m content and happy.

Do I like Findlay? I’m not sure. I like being with him. He makes me happy. He makes me feel like me. I want to spend more time with him.

Perhaps when I’m sober, I will talk to him.

“Are you sure you want to do this?” Casey asks me again for the millionth time.

Once again, I assure her. “Yes, this is my choice.”

This time, she doesn’t ask me again. This is my choice. I want to do this.

With confidence, I pick up the pen and sign my name on the contract. After going away with Findlay, I had a lot of time to think about what I wanted to do. I decided to try again in the acting world but with a better agency. One that doesn’t have people like Lulu.

The one I’m choosing now is an upcoming one, having some new actors who are beginning to a breakthrough in Hollywood. I have heard nothing but great things from it so I thought why not? Plus, I can stay in my town with my family when I’m not shooting scenes or advertising my films.

I can start again in the acting world, with a choice.

“Thank you so much, Anastasia,” the woman, Margret, says, with a kind smile. My name also changed back to my original name. Another choice made by me.

I’m going to start auditioning for roles soon - apparently - which I am so excited about. I have missed acting - not the fame or the press - just the atmosphere.

I am finally at home.

Thank you so much for reading this story. Sorry, it took so long to post everything. I hope you enjoyed this glorious ride. You're all amazing and so kind.