Vanessa Nicole would love your feedback! Got a few minutes to write a review?
Write a Review

Life With My Love (IV)

The following day, Alchoen sat down skimming through the quotations noticing that over half of them wanted one of each, maybe just to try them. With one hundred and twelve orders to do, they had a lot of work waiting for them.

He was fortunate enough to have a brother who thought of buying a double oven and installing it after he moved in and now it was for him to use.

Because there were many orders he asked his mother if he could borrow her LG portable oven. With now three ovens he felt at ease.

He and Won Ho picked his friend, now assistant up. Taek Minghao, his lazy cousin.

Minghao looked at Won Ho, greeting him than staying silent. Alchoen could only shake his head, this cousin of his was so anti-social that it was illegal.

Directing Won Ho to the cake supply store, the three of them went in. This store supplied things for paper crafts and functions, mostly for baking.

Alchoens heart broke seeing the price of all of this reach almost $300. Convincing himself that he would benefit in the end. His phone also kept buzzing because most of his customers were paying him through EFT.

They headed over to the supermarket, buying a 25kg sugar, 48 x 4 worth of eggs, lots of oil, lots of milk, 2 x 25kg flour, baking powder and a whole lot of other ingredients listed in the book in Alchoens hands.

Arriving at the apartment making several trips back and forth. Getting lunch started Alchoen made steak with blue cheese butter sauce and fed Won Ho. When he was done, Alchoen chased him away out of the kitchen so that he and his cousin could get started.

While the first batch was in the ovens Alchoen pulled out his phone and the quotations marking off those who paid, confirming their payment. When he was done he made the frosting in batches filling up a white 20-litre container, covering it and placing it aside until needed.

The day passed with the two of them folding boxes, cutting ribbons, making fondant flowers and washing dishes nonstop.

Won Ho came out from the room looking them over shaking his head, this wasn’t a two-person job but they were getting it done. The house smelt intoxicatingly sweet and made him hungry.

Picking up the leftovers from the fridge he warmed it up, kissed Alchoen on the cheek and went back to the room watching Marvel movies while eating.

Taking a three-hour break from working, the two of them fell asleep on the couch.

Waking up at 4 am they started again but mostly this was just the last round to do. Dressing the cupcakes with frosting and adding the decorations and boxing them up.

Won Ho woke up due to the noise in the kitchen. Forcing himself up he walked out the door and was stunned. The cupcakes that were sitting on the counter were too beautiful almost like art.

Kissing Alchoen lovingly on the cheek he greeted Minghao and asked, “Love, did the two of you do all of this?”

“Mn,” he answered to lazy to speak.

Sitting down in front of the cupcakes that were slowly being put away, he couldn’t help but want to eat them. 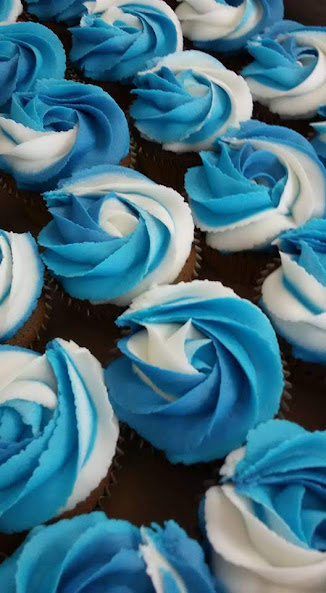 Finally finishing they took a break and rested, falling asleep. While the two of them rested, Won Ho made breakfast and cleaned up the kitchen, putting away all the appliances and putting all the unused decorating items to one side, wiping off the counter and placing the boxes with their respective quotations together.

He charged Alchoens phone and cleaned the living room and bedroom. Around ten am he woke them up and they got ready to leave.

Yesterday Won Ho went to the car dealership to hire a van that’s seats are removable. The van was waiting downstairs for them. Delivering the cupcakes were tedious making Alchoen regret this calling it bullshit.

The ones who didn’t pay via EFT paid him in person and his professor glared at him when he delivered his set of cupcakes.

After their last delivery, Alchoen paid Minghao and they dropped him off at home.

Arriving back at the apartment, Alchoen threw himself onto Won Ho later falling asleep from exhaustion.

“If this is going to make you this tired, I don’t want you doing it.”

“No, its because it was short notice, doing all of this is a process that normally takes between four to five days. We got it all done in half a day so of cause I’d we this exhausted.”

“Alchoen, don’t make me worry next time then.”

Kissing him on the nose, Alchoen assured him.