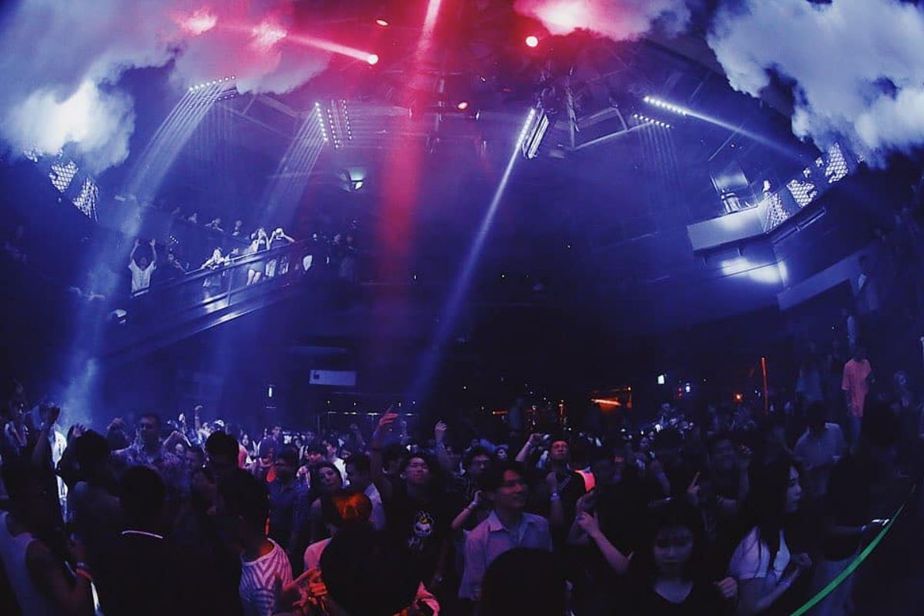 We arrived 15 minutes later to a packed club. Jimin’s friends were going to perform tonight which made it more exciting. We made our way to a table Jimin had reserved for all of us. It was on the side with a good view of the elevated stage. We got some drinks and chatted while we waited for his friends to arrive. Jungkook and Taehyung came first cracking up about some inside joke. Taehyung possessively pulling his friend along. They were so cute together I wondered if they were a couple.

They were really sweet and friendly boys and happy to support their friends that were performing. Then Jin and my friend Hoseok arrived. These two really handsome guys entertained us with their bigger than life personalities. I had never met Jin before, but Hoseok told me they had been friends since high school. They all seemed really happy and jealous that Jimin had a date and they didn’t. They made me feel happy and included just like I had secretly hoped.

We talked for a while before the lights in the room dimmed and the stage was illuminated with a spotlight on the mic. Jimin’s friend Rapmon was introduced by the DJ.

He was tall and handsome with big eyes, and a deep voice. The crowd was excited and bobbed their heads to the beat as he fired out his rap. His stage presence was magnetic.

In my mind flashed the face of the cute coffee shop guy. Suddenly, there was a roar of applause as the said boy walked up to the mic with all the swag he could muster.

I stared at him and my heart skipped a beat. The music started as he coyly smiled at the crowd. He took the mic off the stand and placed it close to his mouth raising his other hand as if to acknowledge the applause. Then he started to rap.

The audience went crazy as he spitfire. His diss on point as collective oo’s could be heard from the crowd.

Even my family couldn’t foresee my success
What’s the point of talking about it when I wasn’t sure myself
Even my family saw me as a tough cookie
I’m the public enemy to my rapper hyungs
Who benefited by slandering us
Every one of them had the taste of money
They say two things with one mouth
And head to the big companies
What you know about me?
You can’t control my shit
If you’re going to leave
Take back what you’ve said before
If you ask me how I’ve succeeded
I don’t really have an answer
But at least, I slept less and stayed active
Compared to you all so grow up

Whoa, I thought, he’s going to be a star.

That night I met Jimin’s roommate, Min Suga the alter ego of Min Yoongi, coffee shop boy, and a spark was ignited. A mutual attraction that I would soon regret.

After the show, he sauntered to the table looking directly at me with a sexy confidence I admired. I noticed the flicker of recognition and the sudden hesitation in his eyes. Then, Jimin introduced me as his girlfriend and Yoongi as his roommate.

He gestured for Hoseok to move and sat down next to me.

“Nice to meet you, Jennie. Jimin tells me you are a dancer in his troupe. Is that how you met?” He stared at me pretending we hadn’t flirted that very same day.

I felt nervous around him. He had a powerful energy that felt dangerous and desirable. Maybe because he had just come off the stage or was it something else. I took a sip of my drink to calm me down as he continued to stare at me with a smug smile as if he knew the effect he was having on me.

“So what do you guys think?” He asked his friends if they liked his new rap and smiled as he heard their praise.

All the while he kept looking at me as we all laughed at Hoseok’s jokes and Jin’s infectious laugh. I was finally starting to relax along with the others thanks to the alcohol. We were all a little tipsy after making toast after toast to the rappers’ great success. My eyes betrayed me constantly looking for his eyes and blushing when he stared back at me with a suggestive sexy squint.

Jimin pulled me to the dance floor but I didn’t mind cause Yoongi’s eyes were still on me. I smiled and flirted with Jimin rejoicing at Yoongi’s dangerous stare. I glanced at him and noticed his sharp intake of air followed by a slow lip bite. He was definitely turned on and I was having a blast torturing him as I danced the night away.

We laughed too much and we drank too much. Jimin wasn’t a drinker and started getting sleepy from the effects of the alcohol. He wasn’t even looking at me. Yoongi couldn’t stop looking at me. He boldly reached for my hand under the table, entwining his fingers with mine.

Leaning in, he whispered in my ear, “don’t let me go.”

Then he pulled me up and took me to the dance floor. We swayed to the music in a sensual rhythm, our bodies so close heating up our desire. Surrounded by the mob he closed his eyes and pulled me in his arms our bodies finally touching as we moved to the music.

“I haven’t stopped thinking about you since this afternoon. Why do you have this hold over me?” he whispered by my ear his soft hair caressing my cheek.

My senses tingled as his lips touched my ear so close I could feel his breath. He pulled away so he could see my face and we stared mesmerized with each other.

“I need to taste your lips,” he mouthed with his delectable full lips. He looked down staring at my parted lips that begged for his touch. “Do you feel the same way?”

I did feel the same way, he knew that, but I didn’t answer him. My body was responding to him in ways my words didn’t. I couldn’t take my eyes off of him. He was so attractive to me I just wanted to indulge my senses. I thought this must be love. I only want to be with you.

I was falling in love with the coffee shop rapper.