Wishing You the Best

Yoongi woke up to the enticing aroma of pancakes and bacon that filled their little space. He hated waking up. Especially when he was so warm and cozy in Jimin’s bed, but this was different. Jimin noticed him stirring and smiled. He knew the aroma of his favorite food was sure to wake him up. Jimin walked up to the bed and climbed on Yoongi snuggling his face into his friend’s warm neck.

“Ahhh!” Yoongi protested squirming away. “Get away. You’re weird!”

Jimin was not daunted by his words. He happily responded with, “Happy birthday hyung!” Giving him another big hug for good measure.

“Go brush your teeth and get dressed so we can eat. Look what I made for you.”

Jimin had done his deliveries extra early so he could have breakfast with Yoongi. They sat down and tucked into the yummy food. Yoongi smiled at the delicious happy face pancake.

Yoongi made his eyes big making them both laugh. 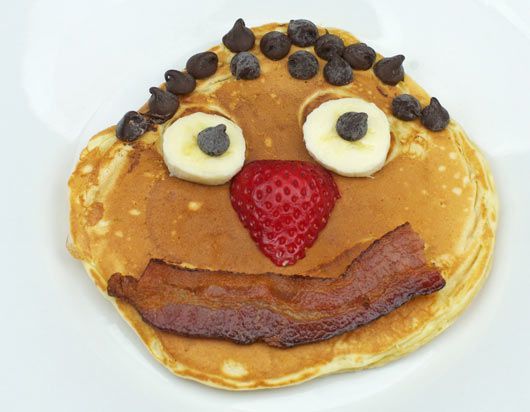 He was happy today despite his impending dismissal from school. When they arrived, his friends greeted him but nobody mentioned his birthday but with all the worries he had that was the last thing on his mind. Unknown to Yoongi, Jin had planned a surprise party for him at his house so they all acted like it was no big deal. After school Yoongi told Jimin he had to go to Jin’s house cause he was going to lend him a book for school. “Okay hyung, I’ll go with you.” Jimin giggled behind his back cause he knew what was up.

As soon as Yoongi walked into Jin’s house, his friends yelled, “surprise!” Yoongi blushed. He was so touched and happy. Jin beamed with pride as he placed the pretty little cake decorated with strawberries, cream, and two candles in Yoongi’s hands while Jimin took pictures and video on his phone.

After they sang Happy birthday, they gave presents to Yoongi while Jin cut the cake he had made. Jin had prepared a whole meal for them while the other boys decorated the room with balloons and a happy birthday sign. Jimin was feeling a little jealous at all the attention Jin was giving his friend. Jimin wouldn’t let go of his hand. This was his best friend and he wanted them to know it, especially since Jin had insisted the party be at his house.

After Yoongi opened his presents, Jimin whispered in his ear. “I’ll give you your present at home.” Yoongi blushed again watching Jimin bite his lip. What did Jimin mean by that? He wondered.

“I have another surprise for Yoongi,” Jin announced.

“Yoongi, I told my parents about you and what a good friend you are. How talented and hardworking you are. How you work and go to school. You are the best player on the basketball team, and you still have time to produce and perform your own music. When I mentioned that you had lost your scholarship they were obviously upset so my father is offering you a full scholarship through his company. He trusts my judgment that you are the most worthy recipient.” Jin takes an envelope from his pocket and hands it to Yoongi. All his friends cheered and clapped and padded Jin’s back also.

Then suddenly everyone got all choked up after seeing Yoongi hiding his face with his hands while crying. They knew how much this meant to him and how sad he was that he had to leave them. In their own way, they all loved him. The gang would not have been the same without him. This was a memorable time they would not forget. One of those pivotal moments in life that changes everything.

After a group hug, Jin announced. “Let’s eat everyone!”

Yoongi raised his head to look at them with tear-stained cheeks and all he could manage was a simple, perfect, from the heart, “Thank you.”