How We Used to Be

I’m finally meeting up with Yoongi, my old friend and mentor. I can’t wait to catch up with him. I remember all the fun times we had in high school. It would be great to meet with all the guys but today it’s just me and him and that’s what I want. I remember him fondly. Especially how encouraging he was when he asked me to sing for one of the songs he had produced. He complimented my voice so much I decided to train to be an idol instead of an actor. I have him to thank for how well my life is going, but I also miss him. I still remember that kiss so long ago and the sweetness of his lips. How I got him to come to my house by ordering a pizza. He awakened a need in me I didn’t know I had. I’ll never forget how cute he looked on that scooter. 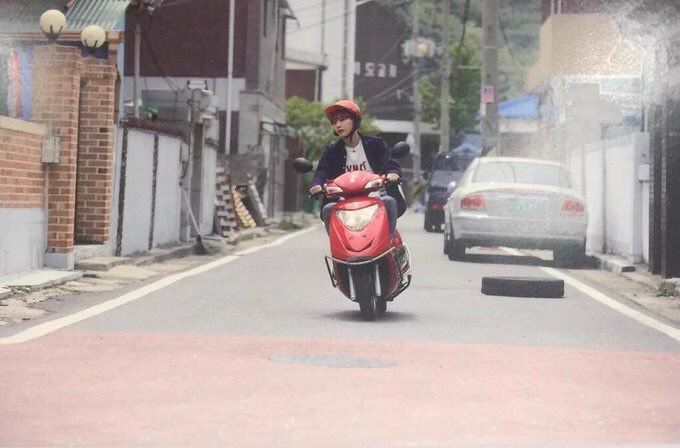 But he and Jimin had a thing and I couldn’t come between them. After Yoongi’s birthday party they were officially a couple. Jimin was even more obsessive and possessive than before. So we stayed just friends and I was fine with that but I want to know what Yoongi was referring to regarding his relationship. Had something gone wrong? 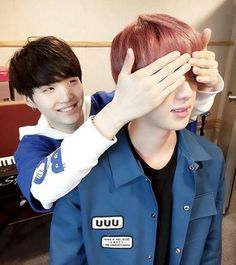 It was Yoongi’s voice. I turned around and hugged him. “Hi!”

“Hey, egg-bread you have my old hair color! It looks great.”

“Do you live here alone?”

“How about you? Do you still live with Jimin?”

“So you guys are still in love?”

“Yes, I’ll always love him, but he broke my heart,” Yoongi says with a frown.

“I’m sorry. He was so in love with you. What happened?”

“It’s my fault really. I didn’t give him the attention he needed so he strayed. No matter how much you love someone, life gets in the way. I was stressed out and took it out on him. I felt so exhausted cause he wanted every moment of my spare time so I pushed him away.”

“I’m trying but he doesn’t spend much time with me anymore. Payback is a bitch. He’s doing to me what I did to him. He’s always busy with other people.”

“But he hasn’t broken up with you so that’s a good sign. Maybe you just need to make him jealous again to remind him of how he feels about you.”

“I don’t know ... that would be playing with fire. I can’t lose him Jin. It took me a while to give my heart but when I did it was forever.”

Jin looks at him with a sad face. He wishes he would love him that way. “You should tell him that Yoongi. You should say you came to see me and see how he reacts. If he gets angry like before, he still loves you no matter how much he’s trying to hide it.”

“Or you could write him a song that says how you feel. You’re good at that.”