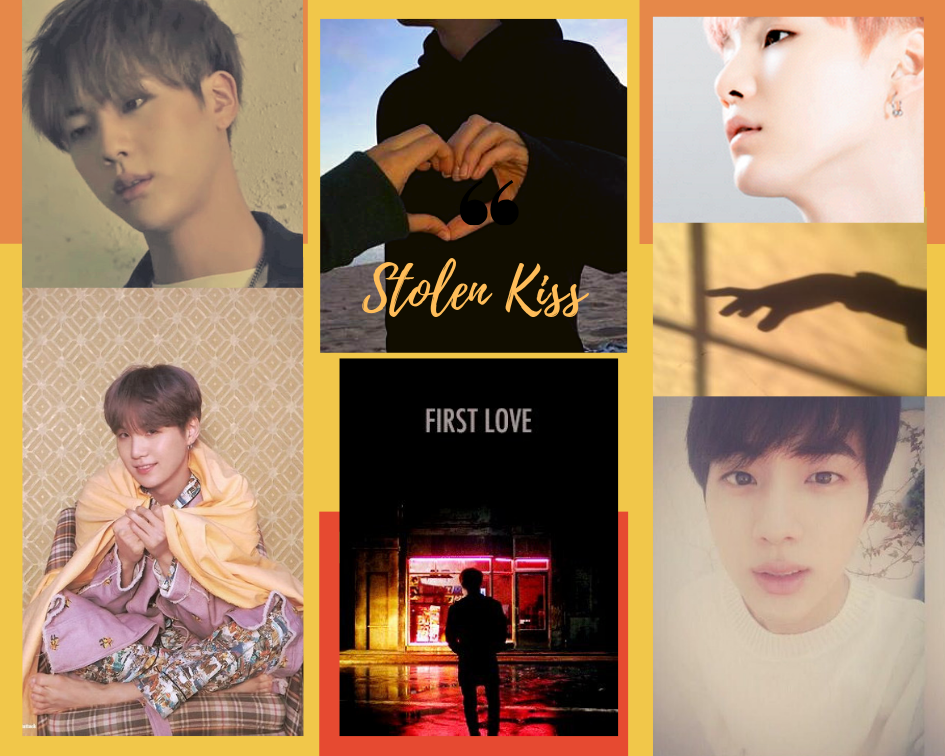 “Why Yoongi? Does he want you? Cause if he doesn’t, I do.” Jin confessed, “Give me a chance, please.”

Yoongi hugged Jin. “It’s not fair to you. My heart still belongs to Jimin.”

“Sure. Until he tramples on it again and again.” Jin has witnessed Jimin’s betrayal as evidenced by the younger’s terrible sadness. It makes him angry that he must endure his own awful solitude while Yoongi pines for another also lonely. Jin’s heart goes out to him and stays quiet. He doesn’t want to hurt Yoongi further.

Yoongi moves to sit down at the table, the sight of the carefully prepared food pleases him bringing back memories of when Jin used to cook for them. He doesn’t want to remember Jimin but he does. The hungry jealous looks on Jimin’s face whenever another friend captured Yoongi’s attention.

“Let’s eat Jin. I don’t want to talk about it,” he finally says grabbing his chop-sticks to begin tasting the delicious food.

“Thank you, Jin,” Yoongi said with a smile as they both start to enjoy their homemade meal.

After the meal, they cleaned together and sat down to watch a movie. While Jin searched for one they both liked, Yoongi looked at his phone. He felt something in him break when he saw the message with pictures of Jimin making out with a girl. The message said, “I thought you should know.” Did he really need to see that to know Jimin doesn’t love him anymore?

The movie starts and Yoongi puts his phone down. He doesn’t say anything to Jin about it but he sits close to him and makes himself comfortable leaning on Jin’s wide shoulder. He needs this closeness especially now that there is a huge void in his heart.

Jin chooses the light-hearted comedy Midnight in Paris, a romantic comedy. Yoongi is glad cause he hates scary movies. He is captivated by the beautiful and romantic scenes of Paris and smiles forgetting about Jimin for a little bit. He loses himself in the rose-colored lense of nostalgia portrayed in the movie, even imitating Owen Wilson’s drawl making Jin and himself laugh out loud. He feels his mood improving in spite of Jimin’s dick move. Did Jin pick this movie to open Yoongi’s eyes about his relationship with Jimin? The main character, Owen Wilson, comes to realize he’s about to marry someone he has nothing in common with and that that person doesn’t even love him. The movie made him realize that maybe Jimin is not for him, but it still hurts like hell if he’s honest with himself.

Jin plays with his hair, stroking it gently with a sweet smile on his face. Yoongi glances at his handsome face and lets his eyes roam down his neck to his exposed collar bones. He bites his lips wishing his exploration of Jin’s neck could be done with his lips leaving sweet kisses down his neck.

Jin’s gaze is still on the movie, making Yoongi bolder with his eyes that now roam down the taller boy’s body taking it all in. Jin had changed prior to starting the movie into some soft, comfortable, thin sweatpants that leave nothing to the imagination. He tries not to stare but he can’t help himself. His own body is reacting to what his eyes are taking in. Yoongi shifts uncomfortably trying to hide his growing erection with a pillow. His eyes keep darting back to Jin’s long legs that are wide open with one leg draped over the edge of the padded armrest and the other right next to Yoongi.

Yoongi smoothly rests his hand on Jin’s thigh making the first move. He feels the warmth of his skin emanating through the thin fabric. His pulse quickens and it’s getting harder and harder to hide his quick breaths and his even harder member. He leans back towards the armrest and tugs on Jin till he pulls Jin on top of him. Jin is surprised as their lips meet in a passionate kiss. Yoongi whispers seductively, “make love to me.”

Jin knows he’s hurting. He wants him so much and he wants to show him how much he truly loves him. Hopefully, it’s a new beginning for them and Yoongi is not just using him to forget his pain. Only time will tell.

Yoongi is the first to tear his lips away from the intense kiss. Jin’s cheeks are flushed pink and his breath is labored. Jin can feel Yoongi’s hard member through the thin fabric of his pants. Yoongi puts both hands down Jin’s pants feeling the soft skin of his buttocks. He squeezes them with his large hands eliciting soft moans from Jin’s parted lips. Jin hungrily parts Yoongi’s lips with his tongue exploring his sweet mouth deeply. Jin pulls Yoongi into his bedroom pausing momentarily only to ask. “Are you sure about this?”

Yoongi nods staring into Jin’s eyes as he bites his doll lips, enticing the elder even more. Jin slowly takes off his shirt, his eyes never leaving Yoongi. 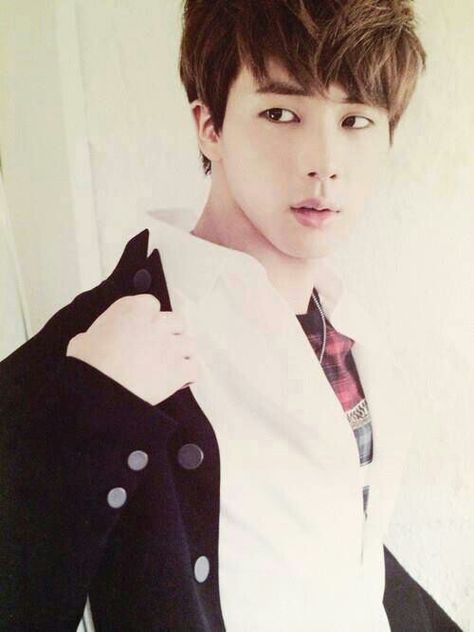 When they are done, Yoongi is a sweaty mess with love bites down his neck and swollen lips from so much kissing. Jin lays there fast asleep while Yoongi gets up to shower. With dripping hair, he quickly dresses and grabs his shoes to leave but not before giving Jin a sweet kiss on his cheek and covering him with a blanket. He decides to leave cause he knows if Jimin gets home and he’s not there, there will be hell to pay. No matter what Jimin said about not caring. Yoongi knows he is very obsessive and will punish Yoongi. Sadly he leaves his new lover behind and makes his way home.

Jin’s eyes flutter open as Yoongi leaves but he says nothing. He is delighted by Yoongi’s attention especially since he made the first move this time, but he knows he is still not his and this makes him sad. I will win his heart he thinks, win or lose I still have this face!