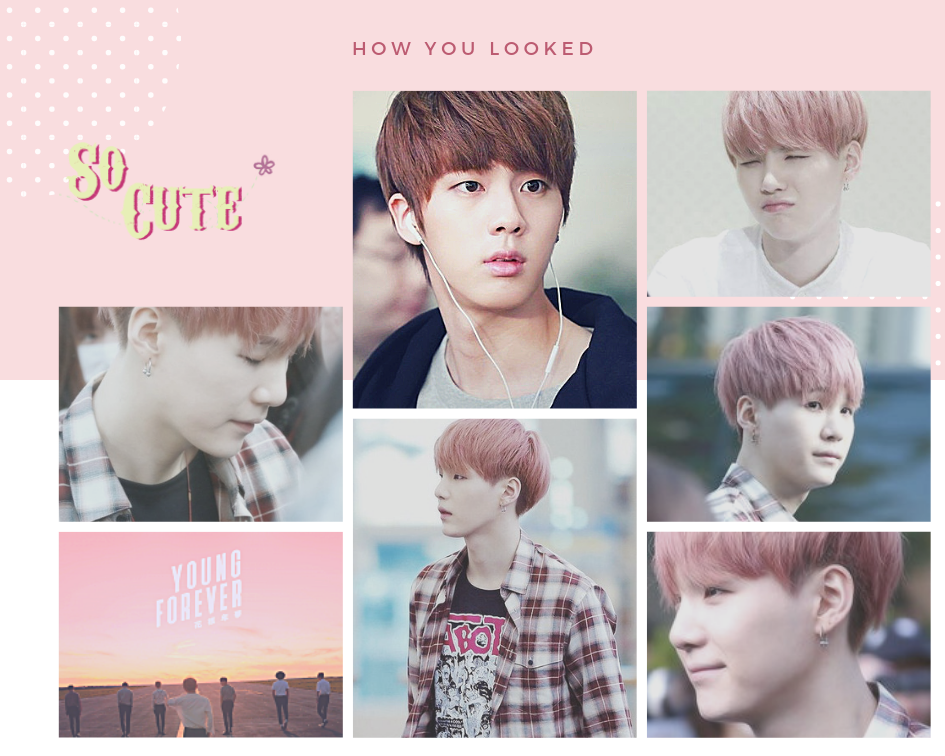 Just like every weekday, Min Yoongi forced himself out of bed to go to school. Yoongi swears to himself that the trip to school must be uphill by how difficult it seems to drag himself there. He rubs his tired eyes annoyed at the glaring sun that seemed to bring a happy smile to everyone else but him. Min Yoongi was tired, even more than usual, and hungry too by the way his stomach was noisily protesting its emptiness. Feeling sorry for himself he continued walking, trying to remember the last time he ate.

As a high school student, living in the city on his own, it was hard meeting his basic needs. His part-time job delivering pizza didn’t pay much. He was thankful that at least he had a job and roof over his head. To follow his dream, he had left his town that was so small, it only had one main road. Surrounded by mountains and forest, it was a beautiful village but not the sort of place his dreams could come true. So Yoongi left his quaint little village much to his parent’s chagrin to follow a crazy dream. A dream that was worth, at least to him, this bit of sacrifice. On these difficult days, when it was hard to get up, he thought of his parents and how much he wanted to help them and buy them things. Above all, he wanted his parents to be proud of him. These feelings made him work harder and push himself to the limits of his resistance.

Things were actually a little better now than when he first arrived here. Quite recently he had experienced sleeping in a public bathhouse, a restroom, and finally the worst, a park bench. The last one nearly drove him back home. He never imagined Seoul would be this hard without someone to help you. Thankfully, when his new friend, Jimin, had found him nearly frozen, sleeping on a park bench, he had brought him home to the tiny room he lived in and let him crash on the couch. Jimin was a good friend and a very hard worker also. These traits they shared along with all their belongings. But that wasn’t much. Especially in the food department.

Jimin said he would share his food but honestly, he didn’t have much. A few stale crackers and twenty-five cent packets of ramen that he bought on sale don’t count as food in Yoongi’s book. Jimin was even thinner than Yoongi. It was no wonder based on the state of his fridge. Yoongi couldn’t bring himself to take his food anyway. In fact, every day Yoongi would bring home a pizza for them that he got at a discount at work, but that would be later and right now his stomach couldn’t wait. 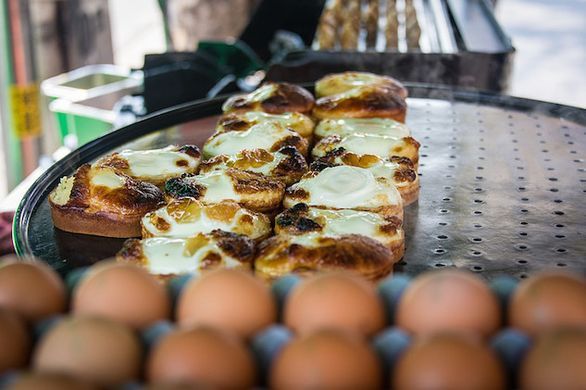 Yoongi raised his chin in the air enticed by the lovely aromas of fried foods coming from the street vendors cart. ’If only he could buy one,′ he thought to himself.

Yoongi knew he wouldn’t have any money until he worked later and got some tips. His mouth watered as he saw another student buy an egg-bread and take a bite, after blowing on it for a bit. Yoongi licked his pretty lips. The temptation to grab one and run was overwhelming. He decides against it, not wanting to go to jail for such a small thing. He hurries and turns too quickly losing his balance, he crashes into a tall boy with a broad back.

“Weren’t you going to buy one?” The guy says pointing to the perfect little loaves. “They look so yummy.”

“Well then, let me buy you one,” the kind stranger says.

“It’s okay,” Yoongi says scrunching his face and runs off before he has to say something more embarrassing. The guy was nice, but he doesn’t look like he’s ever had to struggle for anything, with his perfect hair, perfect clothes, and perfect face like a K-drama dream guy. What does he know about anything? He surely doesn’t know what it’s like to go hungry day after day.

That’s the way he met Egg-bread his complete opposite, in financial status, at the Egg-bread stand in front of their school.