There Was Only You 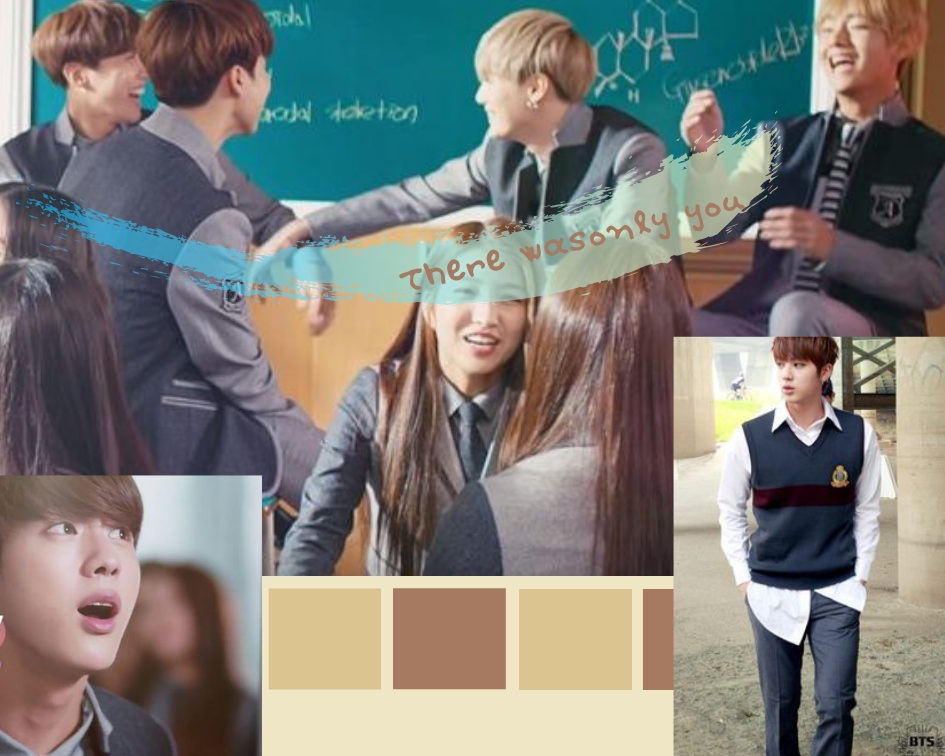 Jin sees the hasty boy run off without his egg bread. ‘That’s strange,’ he thinks to himself. ‘How can someone so cute not love to eat?’

You see for Jin, food was very important. More important even than looking good. He makes up his mind to do a good deed and asks for “two egg-breads please.”

Strolling to class with his long legs, and eating his delicious savory-sweet bread, Jin catches up to the cute pink-haired boy that’s not fond of eating.

“Here.” He says with full cheeks, handing said boy a napkin holding the egg-bread as Jin devours his own.

Yoongi’s eyes are as big as saucers. His heart’s desire enticingly placed in front of his hungry eyes. Quickly he grabs it before his stupid pride costs him his breakfast.

Jin hopes his gesture leads to friendship. He waits for the dazed boy’s response.

“Thank you!” He mumbles between bites and walks off.

‘What a generous guy.’ Yoongi thinks all of a sudden at peace with the world, his grumpiness is forgotten.

Yoongi’s kind heart saves half for his friend Jimin. ‘Where is he?’

Jimin delivered newspapers in the mornings before school so he always got up earlier than Yoongi, but he was usually here by now.

The two friends miss each other sometimes since Yoongi stays up late working on his music and performing on the street for tips after work. Between his job, his music, and school he was always tired.

Jimin finally shows up and Yoongi hands him the food he’s been patiently holding, in spite of how much he wants to eat it.

“Here,” He says handing it to him.

“Thanks, hyung. How did you get this?” Jimin smiles cutely at his hyung that is a year older than him. 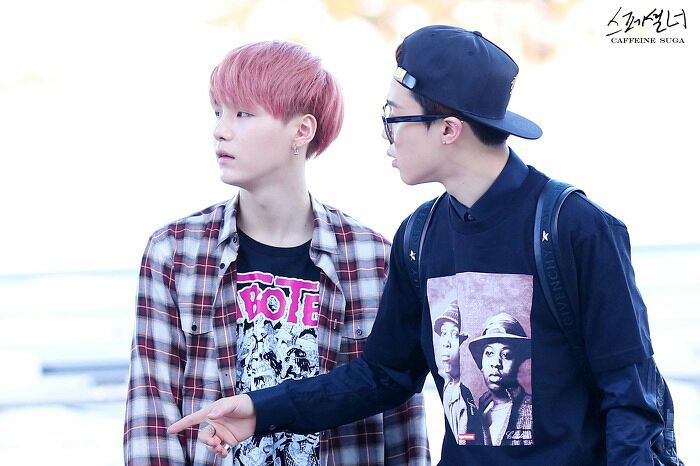 “Some guy just gave it to me,” Yoongi says glancing over at Jin.

“Jimini-ya!” They walk off to class their stomachs a little less empty, playfully pushing each other.

Yoongi and Jimin walk into their first class and sit. Yoongi reminisces about the egg-bread, not the boy but the food.

“That was so good!” He says more to himself than to Jimin. “It’s even better warm,” he reminisces.

“Yes, it was good, thanks. You should’ve had it all. I had milk I traded for a paper.”