“What’s wrong Jimin?” Yoongi asks again when they get home since Jimin wouldn’t talk to him on the walk there.

“It hurts okay. Stop asking me.”

“Your knee?” Yoongi asks. “Or something else? I care about you okay. Don’t push yourself too hard.”

“Okay,” Jimin says looking down at him as he cleans his wounded knee. He knows Yoongi cares. He is just jealous. Ever since Yoongi moved in their little space has been taken over by his friends. They come to hang out all the time even when Yoongi isn’t there. The old couch is falling apart thanks to them. The great thing is that they bring snacks since they know there isn’t any food here, except the pizzas Yoongi brings. Even though they share the space, Jimin is rarely alone with Yoongi.

“Yoongi, you have to go to work. Just shower and I’ll make some noodles for us.”

Yoongi showered quickly and with dripping hair and just boxers came to eat.

“Smells so yummy. Thank you Chim-chim!” He says in a cutesy voice.

Jimin smiles happily enjoying the noodles with Yoongi. Yoongi finishes and gets ready to leave putting on his favorite ripped jeans and work shirt.

“Don’t forget to study. You need to do well on this test or you won’t be allowed to try out for basketball.”

“I will. I’ll study all night.” Yoongi promises.

“That’s the spirit. Fighting! And bring a pizza!” He yells after him.

Yoongi flashes his gummy smile as he turns and runs out.

Jimin is scared of losing his best friend. He wishes for the two of them to somehow stay together even when they graduate. As he cleans up, Jimin thinks of poor Yoongi. He must be so tired. He worries about him losing his scholarship and being kicked out of their performing arts school. Without that help, neither of them would be able to attend such a nice school where many idols have learned their craft.

Jimin loves to dance and that is what he’s best at but at this school, they encourage them to learn other things. He has a voice coach now that is encouraging him to be a singer. Yoongi is his best supporter. Jimin shyly sings for him while Yoongi looks like he’s in heaven listening to an angel. Yoongi is trying so hard too, although he seems like he’s not. Jimin knows how much it means to him. He’s even taking hip hop dance classes with Hobi. Anything that can help his chances to become a successful producer and rapper. He loves music more than anything. He can feel it in his bones. To him, it is the purest form of self-expression.

On the other side of town, Jin gets home to his beautiful house. His dinner is prepared and waiting, but the table is set for one once again. It is a lonely household now that he is grown up and his parents are successful. In contrast, he recalls his childhood back when his parents were struggling but doted on him. He felt more nourished by their love then than this meal set before him. He wishes he could go back to the times he mattered to someone. After dinner, he goes to his room to study and puts some music. The stillness and quiet are too much. He would have liked to order pizza so he could see his friend again. All he can do is think of him and wonder if he ever thinks about him.

Jin has wanted to be an actor for a long time. He wants to be famous so his parents will be proud of him. He wants his sweet mom to be able to boast about him to her friends. Now that he’s met Yoongi, the coolest boy in school, he wants to be like him. He wants to sing and perform in front of an audience. He has inspired him to work hard to meet his goals and not let his life go to waste doing something he’s not passionate about.

How great it would be to be loved by him. He thinks. ′Pull me a little closer I want to know your heart. I love to cook. I love to eat. But your lips are so much sweeter than anything I’ve ever tasted.′ 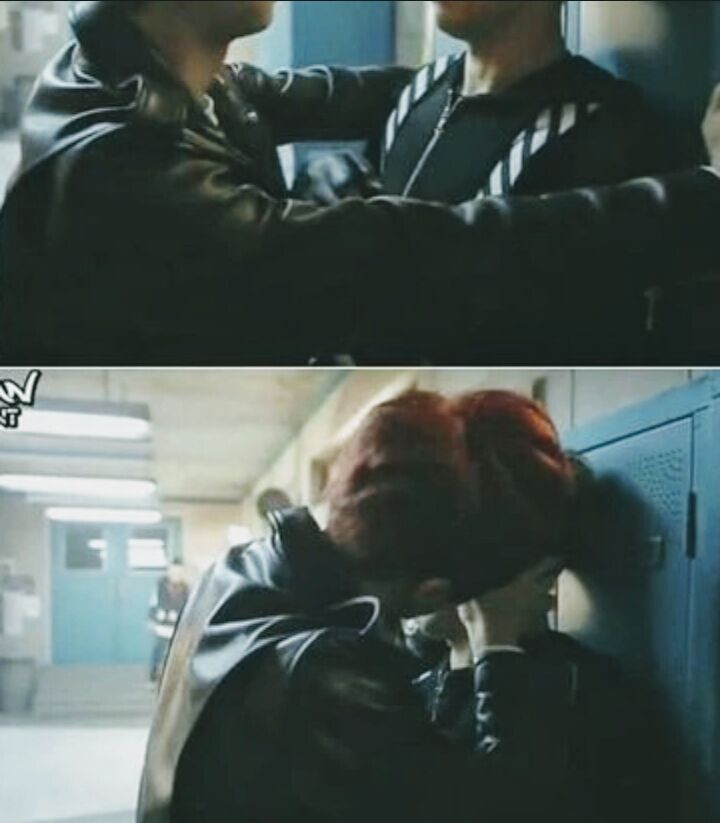