samywamy37 would love your feedback! Got a few minutes to write a review?
Write a Review 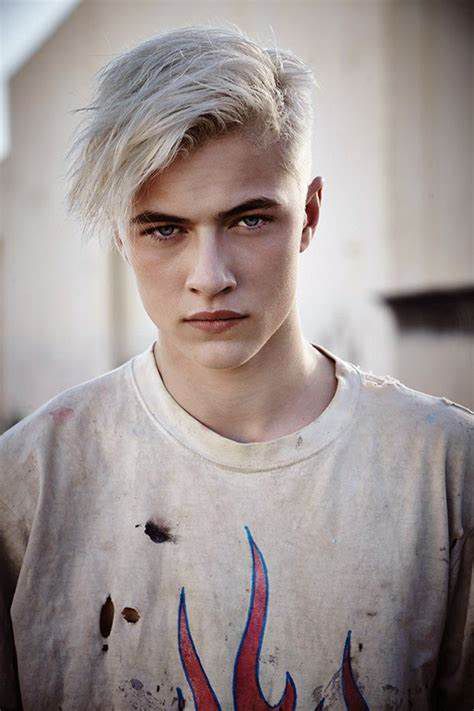 (A/N: I imagine Lucky Blue Smith as Felix, but you’re free to picture anyone you want.)

I grimace at the sight before me.

A tall man sits in the corner of the high-security cell. He lifts his head to look at us and I gape at him.

Lord, he is fine.

He has white-blonde hair and a light colored stubble on his jaw, giving him a ruggish look. His eyes are blood red, like any other rogue’s, and his eyebrows are thick and wideset.

His full mouth is curved into a smirk.

I realise I’ve been ogling, so I clear my throat.

He regards me for a moment before replying. “James.”

He smiles. “So the rumours were true. Felix.”

“The fact that you were a powerful one. That you had been helping many packs.”

I hiss at the disrespect. Time to show him that nobody’s playing around here.

I press a button on the small remote stuck to the wall next to the cell. The air hums with electricity and the bars of the cell crackle with power.

I watch emotionlessly as Felix writhes and screams in pain, shuddering as the currents go through his body.

He slumps to the floor.

I press another button to make the cell door swing open, and I walk inside.

Then I bend near the place Felix is lying down and grip a handful of hair on the back of his head with my right hand.

I pull, causing his head to be wrenched backwards as he growls.

I pull my lips near his ear, trying to ignore his filthy roguish scent.

“I think I asked you a question.” I whisper, smirking inwardly as he whimpers.

“Fa-Faeus.” he gasps. “He is about to attack. You have a spy amongst your midst.”

I growl, not able to stand the thought of someone’s betrayal.

And Faeus...that stupid vermin. I thought we had killed him on the wolfsbane raid.

I walk out of the cell, lock it shut and stare at Derek and Quinn.

Their faces are identical masks of shock, as they struggle to absorb the news.

There’s a mole in one of the packs or, even worse-in the SWA.

Anyway, double update! I think I’m on a roll, so you should be getting an update soon enough!

PS. I was thinking of making smutty chapters private, but I’ma just make em public, coz everyone needs some steamy breaks right??

(If you are not comfortable with them, don’t worry, I’m going to give you a warning at the top.)

What do you think of this chapter???