Mrskimjeona would love your feedback! Got a few minutes to write a review?
Write a Review

Taehyung walks in their bedroom finding her already sleeping tightly covered in her blanket. It was different to him cause he never saw her sleep in such an overprotective manner.

Maybe she changed over the 11 months when he couldn’t. He really missed her not because of their relationship but as a responsibility.

In the early morning, Ava did her morning routine and moved to the kitchen thinking about today’s breakfast.

Before she could think she found out maid had already made it when they were serving on the table for two.

And now thinking of Taehyung she stomped on her foot making a fuss about a situation she didn’t want to but she had to...

“Baby, what happened? Is this breakfast not to your liking?” He asked firmly grabbing her waist closer to him while maids to disperse.

Ava was startled and dumbfounded as he released her.

Is he going hit me? He always did to Ella, didn’t he?

Ava’s heart was beating fast when he raised his hands and her eyes closed tightly but didn’t felt anything on her cheeks.

When she opened her eyes solely to raise questions, “What’s wrong, Kim Taehyung? Come on! Hit me! I know, I’ve angered you so hit me cause you’ve guts to do, right?!”

Taehyung watched her cheeks bloomed, she was mad at him made his heart clenched painfully.

“No, baby.” He hugged her instantly. “I’m sorry we fought about it last year but I promise I would never hit you.”

There she felt a layer of embarrassment. He never hit Ella... It was so bad of herself for not know who is honest with the saying... No, he is surely acting innocent but he isn’t!

Ava shoved him away and her eyes meet his brimming ones.

The doorbell ranged disrupting them when someone came inside, he looked at Ava and handed over her pending bills for designer dresses.

“Madame, how you want to pay? Card or Cash?”

Ava was bewildered by the bill... looking how much Ella had spent?!

Doesn’t this make me look at the bad term?

While Taehyung took his card out giving it to that person silently.

Taehyung smiled wearing an apron and she looked at him dumbfounded as if her future prince charming came to stir her recipes.

Ava tried to mingle with his recipe but he warned her to stay on her seat and watch him do it.

“It’s not like this...” She whined again watching him struggling with a rice cooker. “No, Taehyung-shi!”

Lastly, she jumped from her seat to him and took charge of his kitchen.

“I told you so many times, it’s should be like this not like that you did.” And soon she got stunned to what she did stepping into the kitchen?!

“Baby, you didn’t know about cooking last year but this time...you surprised me!” He exclaimed pecking her forehead softly. And he loved it when she let him kiss her for the second time. 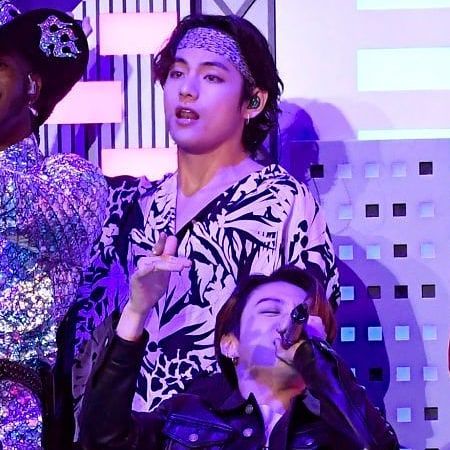 For the next update!