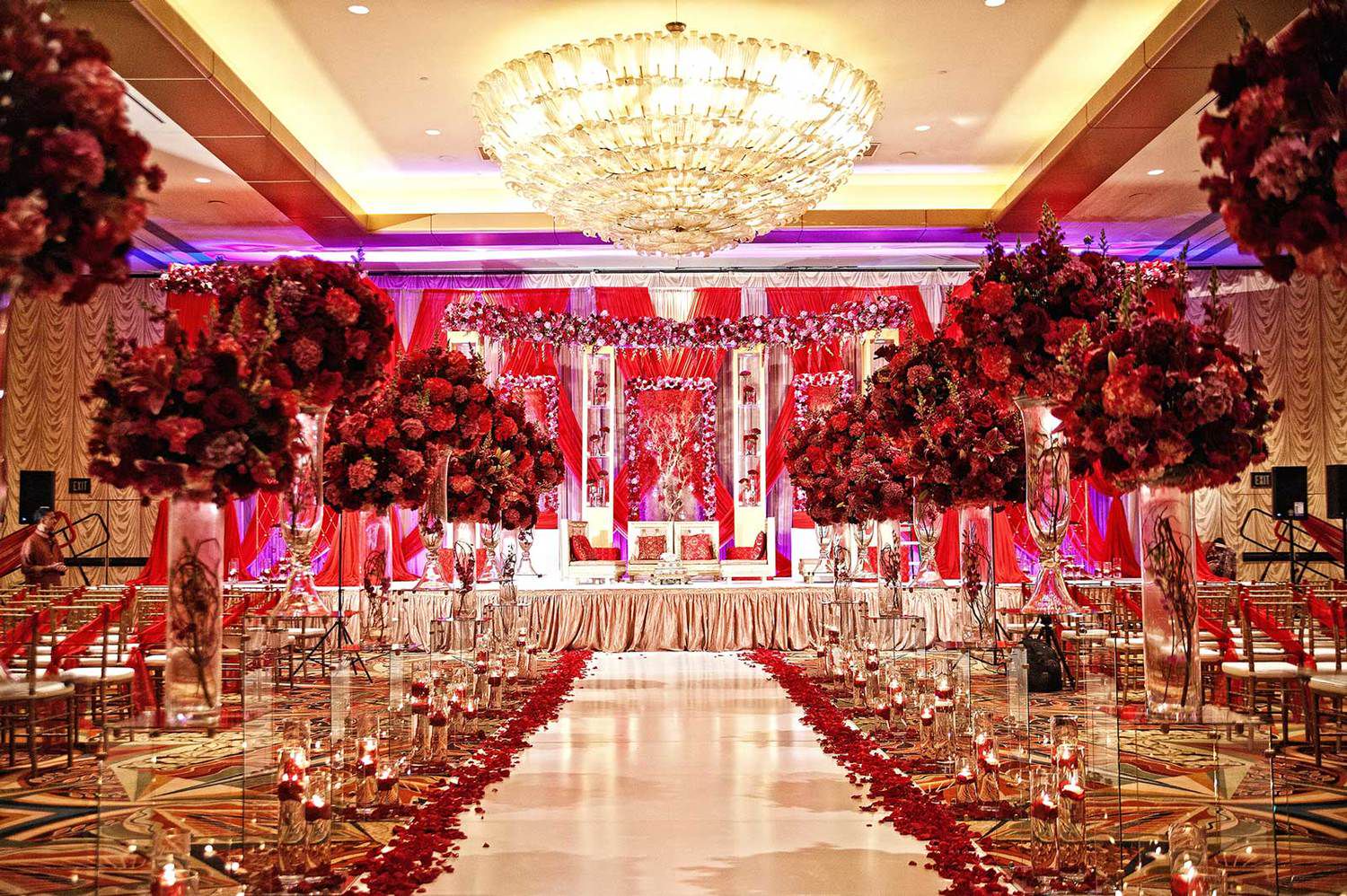 “Excuse me, sorry, excuse me”, 24 year old Sana Lehmin mumbled as she dragged her feet across the ballroom. It was her best friend, Ayesha Mayab’s wedding reception and Pakistani people tend to go all out. As one of the bridesmaids, Sana was required to wear a white and blue lengha that had the most beautiful embroidered flowery patterns on its edges. Its rich material made Sana feel almost unworthy of wearing it or maybe it was the fact that Sana simply didn’t like wearing such revealing outfits.

Sana and the other bridesmaids had just finished performing their surprise dance for Ayesha and the groom, Faisal Khan. It was a mixture of Bollywood and American Pop songs. Sana’s feet burned as she scurried to find a calm place to relax and kick her heels off. She felt as though the Heavens were punishing her for laughing when her good friend, Tania Cullin, kept tripping over her lengha throughout the dance. But who could blame her, it was her first time wearing one.

“Ah, finally a quiet area all to myself,” Sana flung her white heels off her feet and laid down on the bench in the corridor. She had been up since 4 in the morning to help with the preparations. It had barely been a full minute before her iPhone 6s exploded with text messages and a phone call from the others. Too lazy to hold the phone up to her ear, Sana placed it on her stomach and pressed the speaker phone button.

“Yes, Tania?” Sana asked calmly, praying that they weren’t calling her back inside for another dance.

“Where the hell are you? One moment we are all dancing and the next, I see you sneaking off. Oh my God, did you finally meet a man? Are you going to hook up in a suite in this hotel?” Tania proclaimed with excitement and not even bothering to hide her surprise at the idea of Sana being with a man.

“Ha. Me? Hooking up with a man? I’d have better luck trying to get into America with my ethnic looks,” Sana joked, not hearing the severał pairs of footsteps approaching the ballroom door.

“Sana, you’re a Canadian. You can travel anywhere in the world except for a mans bedroom.” Tania bursted into laughter as some man could be heard offering her a glass of red wine in the background.

“I swear, I will never understand your obsession with my vagina’s life Tania. Man, I could really go for a glass of wine,” Sana claimed, sitting up on the bench and stretching her legs out.

" You mean lifeless vagina, honey. Come on, you’re the last one in our group who hasn’t gotten married yet, no pressure but I heard that one of Faisal’s business partners will be arriving soon. He owns all of the Bairut hotel resorts in Canada and even owns casinos. Do you know what that means for us, I mean for you Sana?” Tania could be heard taking a sip of her red wine and Sana could almost picture her mischievous expression.

" It means that I have to work extra hard in order to avoid being literally pushed onto some billionaire hotshot by my bestfriends who have all set a timer on my vagina to lose my virginity as soon as Ayesha’s wedding is completed?” Sana mocked, standing up bare footed while stretching her arms to the side.

" Sana, you listen to me. I will not have my child miss out on the opportunity to have a lifelong bestfriend just because you refuse to get it on,” Tania’s words were met with Sana’s laughter.

" Tania, you’re actually crazy you know tha— Ah dammit!” Sana exclaimed as the strings of her lengha’s blouse became untied when she stretched. She had spent ten minutes trying to tie it herself that morning but eventually needed Ayesha’s mom, Simmi Aunty’s, help.

“What’s wrong, are you okay Sana? Where are you?” Tania yelled worriedly.

Sana grabbed her phone and took it off speaker phone. Pressing the phone against her ear, she looked around the bench for the heels she had flung off.

“Yeah I’m sorry, I’m okay. I’m outside the ballroom. My feet hurt after our bridesmaids dance in heels. I kicked them off as soon as I found a bench outside the ballroom and now I can’t find them. And while I stretched, the strings of my blouse became untied and I don’t see any women outside that I could ask for help.” Sana explained, looking around the entrance.

“And now, the bride, Ayesha Khan, would like to invite all her bridesmaids up to the front.” Sana could hear the host of the wedding reception announce as she froze.

“Oh no, Tania what should I do?” Sana exclaimed into her phone, looking around frantically.

" I can’t hear you properly Sana. The music is too loud. We need to go up front, hurry your butt back inside.” Tania ordered and hung up.

Sana felt a tap on her shoulder and turned around. She looked down and saw her white heels in front of her feet. Confusedly she looked around in front of her as she slipped on her heels but couldn’t see anyone else.

Moments after she felt a presence behind her and someone’s hand gently pushing her curled dark brown hair to the side. Sana froze when the persons fingers grazed her skin as they slid down to get ahold of the strings on her blouse. The person pulled the strings and Sana let out a gasp as the force they used indicated that the helping hand did not belong to a woman. Her eyes fell to the floor as the man behind her tied her blouse for her and her back tensed as his fingers grazed her bare skin as they fell to his side.

Sana looked up and became aware of the many men in black suits and dark shades whom suddenly appeared guarding the entrance of the ballroom. She knew that Ayesha and Faisal didn’t hire any security guards and realized that her new friend behind her might be someone very important.

Sana was engulfed in his designer cologne that gave off a musky and addictive scent. She felt his warm breath as he leaned into the side of her face and stated, “it would be a shame to deprive your friends child of a lifelong friend, don’t you think?”

His voice was deep and Sana felt her heartbeat pick up as she began to sense the dangerous vibes radiating off the man. Not wasting another second, she dashed forward and lunged for the ballroom doors, her speed taking all of the men by surprise.

" Mr. Moretti, should we go after her?” One of the men questioned stoically.

Tara L. Hessa: Wow! I just realized that this is the first orc novel that I have ever read in my entire life and... I'm loving it! The plot is interesting and the narration is well executed. It never crossed my mind that an orc could be so compelling in a romance novel. Looking forward to reading more about thi...

Read Now
The Bartender by Enchantress86

Teresa: I love the whole storyline. It keep me wanting more after every chapter. No breaks, I read from the beginning to end!

opatterson272: I don't like cliffhangers, hope bye leaving a comment, I'll get to read the rest of the book.

Read Now
The vampire and the orphan by Heidi Mae

destinyjgstrong: I love the attention to detail. Its very inviting in a sense. The characters are growing on pure love and devotion which is nice to steer away from toxic tropes I'm used to reading.

Read Now
Dance With the Devil by ShalaM

carolkroening: Like the story, anxious to read what happens next...

Kayla: I just got started I’m on the second book it is absolutely fantastic. I have read a lot of series in my life and this one is one of the best. I hope other people agree with me and if not their loss. ❤️🧡💛💚💙💜🤍💖 fantastic

Faybia: Amazing story. From the first sentence to the last had me on the edge of my seat. Well written in that it was hard to know the murder until the end; Gloria was a welcomed surprise. Wonderful that Jason and Jessie had their happy ending.

Read Now
I Found My True Love by whisper5531

Kelly: I love it so far very interesting lots of twists and turns kept me on my toes wanting to read more! You're amazing author and I enjoy reading your books! Please update soon! My thoughts and prayers are with you and your family! May God bless you! May he give you strength in your time of need! Tha...

Melanie Joubert: Yes I loved this. Easy to read and to follow the scenes. Enough drama and suspense.. enough emotions and definitely hot as hell sexy-ness!!! Damn! I really enjoyed this from start to finish. Will be reading Briar’s story now. Like right now. 😬

Read Now
Kill Me If You Can by WorthHope

Lisa Mudinzwa: This story is good really good ,its not like those stories where you'll already know how the next chapter is gonna be .❤❤❤

Beatrice: You are such a great writer! I could not stop reading. Please write more books like this 😁