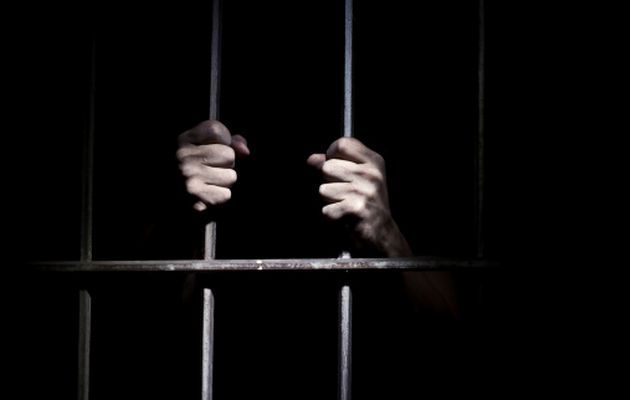 Kaira hurried through the crowded bar with her eyes firmly planted on the ground. Surrounding her, humans danced to the club music played by the DJ and consumed alcohol as well as drugs. Kaira had never experienced such an atmosphere before since she didn’t care to join her friends when they went clubbing back home. Her nose unconsciously scrunched up in distaste as the scent of strong alcohol, drugs and lust filled the air.

Still dressed in her sweatpants and white tank top from the night before, Kaira looked like a hot mess. Her hair was in a messy top bun, with a few strands framing her delicate, pale face and her brown eyes held under bags that betrayed her poor sleeping schedule. After running away from Alpha Crimson at the concert, Kaira almost drove to a new town before realizing that she should outsmart the powerful man instead.

Every time Alpha Crimson almost caught her, she chose to run to a new province or town. Kaira figured that he would expect the same outcome and chase after her. Thus, she calmly collected her thoughts and drove back to Tammy’s home. This time, she planned to stay in this town and book a flight ticket abroad instead of driving around. Her emergency funds were quickly running out and she couldn’t afford to continue buying second-hand vehicles and paying for gas with cash so as to not leave a trail behind.

Upon returning to Tammy’s home, Kaira had parked her car across the street and heard a young, teenage couple arguing over getting fake I.D’s that would help them sneak them into the town’s local bar tonight. Kaira took note of the name and went inside Tammy’s home to clean things up for them. She could not predict whether her mate would harm them, thus she wanted to help in any way she could.

Currently, it was almost 9 pm at night and Kaira rushed over to the little town’s local bar so that she could have a fake passport made. She wasn’t stupid, nor was her mate. The bounty placed on her was still active and she figured that local authorities and airports would be on the lookout for her if she stuck with her real name and identification papers. Thus, she wanted to make a new one by tonight and book a flight for early morning.

“Ma’am, state your business,” a burly man, dressed in a black suit, guarded the back door of the bar. Despite his intimidating appearance, Kaira did not bat an eyelash. She could smell his human scent, and although she never accepted her status as a Luna, she was still as powerful as any Luna werewolf.

“Fake passport,” Kaira didn’t want to beat around the bush. She looked at him through her black sunglasses and showed him a small pouch filled with cash.

The bodyguard’s eyes widened before quickly speaking into his earpiece. Once receiving approval, he nodded towards Kaira and opened the door for her.

Kaira stepped into the dark room where one man stood beside several machines. The man himself wasn’t anything like she expected. He was much older, probably in his late 50s, of Asian descent. His face was handsome, but marred with scars and wrinkles. Kaira could see his posture tense as he heard her enter the room but he continued his work and did not turn around to face her.

“Good evening, I need a passport,” Kaira began as she approached the man with cautious footsteps. She didn’t bother asking his name, since people in his line of business would just give a fake one anyway.

“I heard. How long?” The man’s curt reply made a small smile grace the shewolf’s face. She felt repulsed ever since she stepped foot in the bar, especially after having left poor Simba alone in her car. So, the fact that this man was also straightforward helped a lot and she would be able to leave quickly after.

“Tonight, in a few hours if possible,” Kaira’s voice was firm and left no room for any objections. The room fell silent for a few seconds as the man carefully cut the picture of the fake I.D he was working on.

“En. Five grand,” the man stated without ever turning to look at Kaira whose eyes slightly widened at the amount.

“Isn’t that a little too much?” Kaira couldn’t stop herself from asking as she mentally counted how much money she’d be left with after paying five grand and buying a plane ticket. It wasn’t much at all.

Once again the room fell silent, the pressure seemed to be rising with each second that passed by. Suddenly, Kaira began to question whether it was a good idea to come here or not. The man swiftly turned towards her and his eyes scanned her from head to toe before a smirk fell on his cracked lips.

“For a woman who is worth one billion dollars, I doubt five grand will put you at that much of a disadvantage, right?” the man spoke knowingly and Kaira couldn’t stop the gasp that slipped past her lips. He hadn’t even looked at her until this moment, how did he know she was the one in the news?

Kaira began to back away from the man and head towards the door. As her hand reached the doorknob, she heard his calm voice speak again.

“Don’t worry, I’m not interested in that Alpha’s money. I won’t call him,” the man reassured before removing his plastic gloves and slowly approaching the frightened girl.

The older man swiftly removed the pouch from her trembling fingers. He peered into the pouch and saw that she was clearly running out of funds. Releasing a sigh, he took out a stack of cash before counting it and as he counted one grand, he put the rest in her pouch and placed it back in her hands.

Kaira stared at him in surprise, her mouth slightly open from the shock of his actions. She wanted to ask the man why he would help her but couldn’t form the words. The man looked at her and released a dry laugh.

“My daughter... although we are human, she was the mate of one of Alpha Crimson’s elite guards. That filthy man abused her using his superior strength throughout their marriage, leading my poor girl to insanity and she committed suicide two years ago,” Kaira gasped at the revelation and her eyes began to fill with tears. She couldn’t believe that someone would abuse their own mate but knowing how cruel Alpha Crimson and his pack were, she wasn’t that surprised. All the more reason to run far away and not have to become the cruel pack’s Luna.

He gave her a light smile before promising to have her passport ready in two hours. Kaira filled up a document with a new name and identity details. As she was about to exit the room, the man suddenly stopped her.

“Ms. Regan, have you seen the news lately? Specifically from this evening,” Kaira became puzzled at the mans random question. She had been driving around town trying to find this bar, thus she had not listened to the news. Plus, all she had was her burner flip phone that did not connect to Wifi and no laptop.

“No, I did not. Why?” Kaira questioned back with worry evident in her cautious gaze.

“It’s nothing. Remember to meet outside the bar in two hours, one of my men will be waiting with your passport,” the man promised and turned his back to her so that he could get to work.

Kaira nodded and exited the room with worry etched into her face. She had a feeling something bad played out on the news, her mind quickly recalled Alpha Crimson’s cryptic video from when he put out the bounty. Suppressing a shudder of terror, Kaira quickly exited the bar and entered her car. Patting Simba on the head, Kaira thanked him for being patient before driving towards the local grocery store. She knew that even if she returned to Tammy’s home, the power was cut and they did not have cable. At least in a grocery store, she would be able to see the news on the tv in the food court.

She quickly entered the grocery store and headed towards the food court. She saw a crowd forming around the television as whispers began to fill the area.

“Oh my, that poor Beta and his wife! How could that cruel Alpha torture and imprison them like that,” one of the middle-aged women uttered in horror with widened eyes.

“I know! And, look at that poor child! He was dragged into the dungeon and has to witness that murderous Alpha torturing his parents,” a younger woman commented with pity as Kaira finally pushed her way through the crowd.

In life and death situations, there comes a moment when every individual sees their life flash across their eyes. Their heartbeat erratically increases at an abnormal speed with their chest tightening as if someone is squeezing it tightly.

Kaira stared into the television and saw a live broadcast of none other than her cruel, vicious mate torturing Beta Rick and Carol in their pack’s dungeon cell as little Benji cried out for help. Alpha Crimson’s eyes were pure black, and a sinister smile was plastered on his face as he landed a punch to the helpless Beta’s bloodied face with Beta Carol watching in tears.

Kaira fell to the ground in despair and pure terror. She felt her body begin to shake as the women beside her took a step away from her and asked if she was okay. Kaira did not pay attention to anyone, her eyes were stuck on the television. As if Alpha Crimson could sense her presence watching, his eyes quickly flashed towards the camera as he let out a wicked laugh.

Taking the knife coated in silver from the table, Alpha Crimson swiftly jabbed it into the Beta’s abdomen. Beta Rick’s eyes widened as he sputtered out blood and fell onto his knees. Removing the knife, Alpha Crimson kept his cold gaze fixated on the camera before bringing the tip of the knife to his lips and running his tongue over it. His bloodlust was made clear, this simple action alone made many of the women in the grocery store run away in pure terror.

Kaira stared in pure disgust as her mate smirked towards the screen and spoke two words that seemed to seal her fate. Tears flowed down her ghostly pale face as she registered the meaning behind his words.

“One hour.” Alpha Crimson did not explain what he meant; he knew that his mate would understand. She had one hour to return to Beta Rick’s territory and surrender herself to him or else, she would lose the people she loved most.