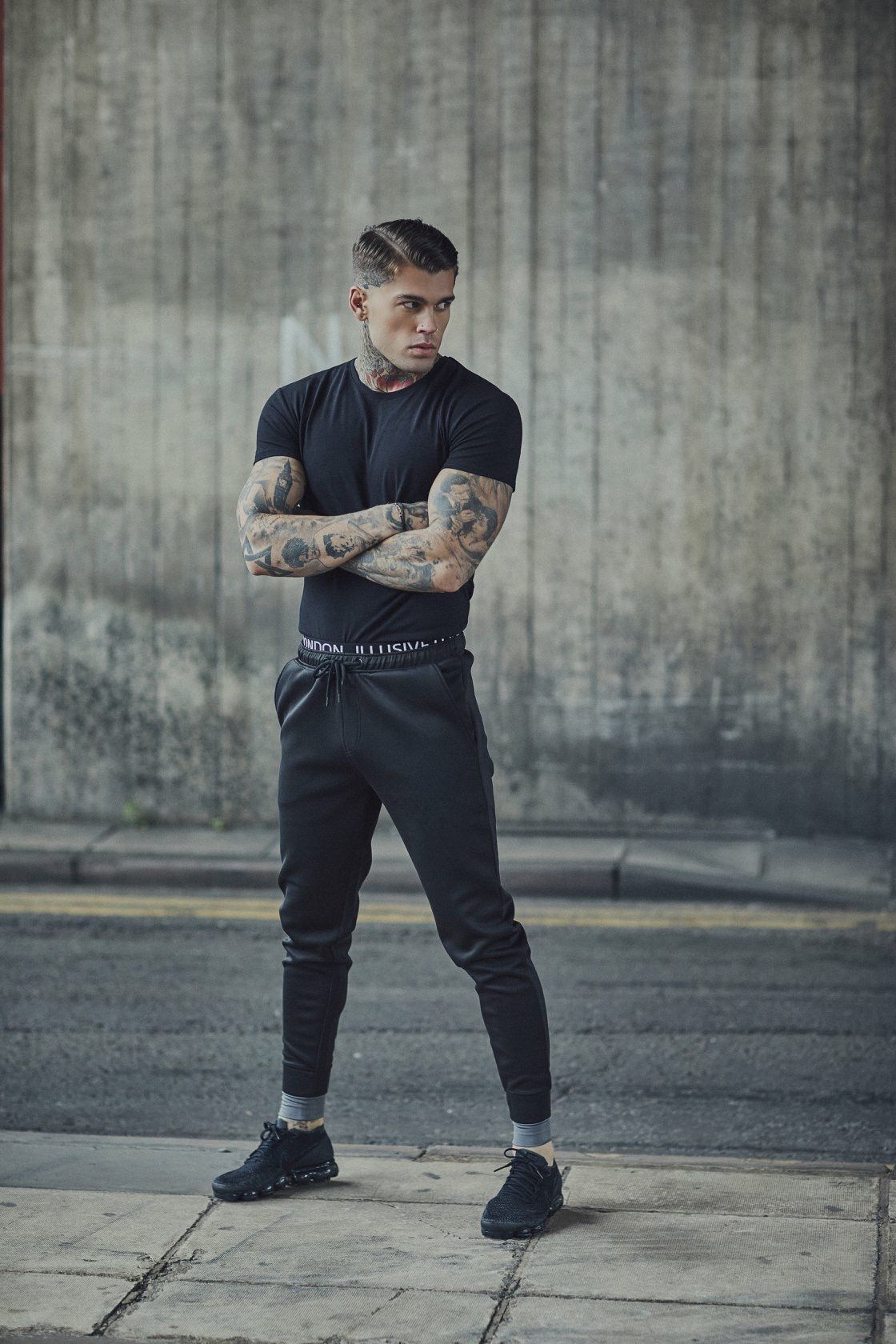 Quick footsteps could be heard rushing through the dark, silent street as rain continued to heavily hit the ground. Kaira had barely managed to pull herself together at the grocery store. Her whole body was still trembling as the scenes she witnessed on the television continued to replay in her mind.

She had parked her car across the street from the bar and was quickly rushing over to the bar. All of the women had run away after seeing the bloodthirsty Alpha on the television and as a result, Kaira could not ask to borrow their phone since she herself was also in a daze. She was willing to surrender herself to Alpha Crimson but knew that she would never be able to get there under one hour with traffic. Kaira hurried over to the bar so that she could borrow the older man’s phone and tell him that he did not need to make her passport anymore.

“Katerina Pavlov, please tell the older Asian man in the back that I am here. I need to speak with him,” Kaira used the fake name on her application as she whispered out through heavy breaths. She was absolutely soaking wet from the heavy rain.

The guard at the entrance of the bar frowned at the shivering woman’s poor appearance before speaking into his headset. Everyone who visited the bar dressed up stylishly, yet this young lady was dressed in sweatpants with only a white tank top. Within seconds, a scrawny young teenager came running out of the bar with a golden envelop.

“Take it,” the boy stated hastily before tossing the envelop into Kaira’s hands. He was drinking and playing around with women inside before the old Master sent him out to give the envelop to Kaira.

Kaira stared at the boy in confusion before opening the envelop and seeing her fake passport and a ticket. She opened up the passport and saw the details of her new identity. The ticket consisted of a one way trip for 3 am this morning to the province of Nepra, which is located quite a few provinces away from Alpha Crimson’s province of Rowim. She couldn’t believe that the old man would buy her a ticket with the money she gave him. She quickly scanned the contents of the passport.

“But...but he said two hours...it’s only been thirty minutes...” Kaira mumbled in shock, not knowing what to do with the fake passport. Her eyes almost popped out when she saw the last line. She had clearly written in her fake application that her relationship was “single”, yet the old Master switched it to ‘Mate is deceased’.

The young teenager looked at Kaira in annoyance before huffing out his reply, “Master said you’d be back soon, so he prepared it quickly. Now scram lady, I have some unfinished business to take care of,” the boy licked his lips before running back into the bar to play with the women again.

Kaira turned around in a daze and headed towards her car. Looking at Simba sitting in his doggy carry-on bag, Kaira could barely think. That older man went through great efforts to help her but now she was about to throw everything away and go to her Alpha mate and his filthy pack.

Kaira screamed at the top of her lungs as she repeatedly hit the worn out steering wheel until her pale knuckles turned bloody. She only stopped when Simba’s loud whimpers fell in her ears.

Simba nuzzled his nose into the palm of her hand and licked her frail, slender fingers in hopes of easing the girl’s pain.

“Thank you, baby. Now, let’s go back. Mommy needs to drive fast since she doesn’t have a phone to call anyone with, so sit tight, okay?” Kaira whispered as she nervously glanced towards the clock in the car. It was currently almost midnight. She had a little under forty minutes to reach Beta Rick’s territory.

Kaira wiped her tears away and took out the passport and ticket before hiding them under Simba’s furry blanket in his carry-on along with the remaining cash she had. She knew that once she returned to Beta Rick’s territory, she would never be able to run from Alpha Crimson. However, she didn’t have the heart to throw the passport and ticket away after the old man’s great efforts.

Turning the keys off the engine, Kaira slowly lifted her head up. She had sped faster than she ever did in her whole life and reached Beta Rick’s territory. A lot of time had passed though, Kaira did not dare look at the clock on the car’s broken-down radio.

The whole car ride had been miserable with Kaira’s body shaking feverishly after getting soaked in the rain at the bar before. Her knuckles were still bloody and her exposed arms were bruised red. Her body almost shut down on itself throughout the ride due to her fever and lack of sleep, so Kaira ended up pinching her skin on her arms painfully in order to stay awake.

“Stay... here...mommy will...come,” Kaira could barely get her words out in her hoarse voice. She stepped out of her car and had to hold onto the door to stabilize herself.

With wobbly steps, Kaira tried her best to walk towards Beta Rick’s territory’s dungeon but she barely had any strength left to push her legs faster. As Kaira neared the entrance, she almost toppled over onto her knees to throw up. The scent of blood filled her nose as she sucked in a shaky breath, fearing the worst for her loved ones. Kaira managed to muster up the last bit of strength when she heard a little boy’s scream.

“No, daddy! Leave my daddy alone! You big, stupid bully!” Little Benji yelled out as Theta Grant held him away from Alpha Crimson who was still torturing Beta Rick. Beta Carol had passed out after witnessing her mate being stabbed by the Alpha around fifty minutes ago and Beta Zachariah laid her on a worn-out bench on the side of the room.

Kaira heard little Benji’s scream and ran into the room as the men present snapped their gaze towards her. Alpha Crimson’s heated gaze rested on his mate who looked close to death. Her face was flushed, her clothes were dripping wet from the heavy rain and her knuckles were bleeding as red liquid dripped onto the floor. Both Beta Zachariah and Theta Grant looked at their Luna in shock and horror since they did not expect her to actually appear. They both looked towards their Alpha whose anger seemed to have risen at the sight of his mate’s appearance.

“No...go back, Kai. Run away,” Beta Rick was in and out of conscious due to the blood loss but could make out a blur that looked like Kaira. Considering the fact that the murderous Alpha had finally stopped beating him, Beta Rick could only guess it was because of Kaira’s appearance.

Kaira paid no mind to anyone, instead she immediately ran towards Theta Grant and used all of her strength to roundhouse kick him away from the crying pup. Theta Grant was sent flying backwards and hit the wall as he blinked in shock, not quite able to understand what just happened. Beta Zachariah looked on in shock as his Luna attacked Theta Grant and shifted his gaze towards his cousin who had a prideful smirk on his face.

‘Oi, idiot! Luna almost killed Theta Grant and you’re smiling?!?!’ Beta Zachariah thought to himself as he wondered if it was too late to give up his Beta position.

“Get away from him, you monsters,” Kaira spat out before she fell to her knees and pulled little Benji into a hug. Little Benji hugged his favorite aunt tightly as she rubbed his back soothingly.

“Don’t cry, don’t cry. Auntie Kai is sorry, I’m so sorry, you’re safe now,” Kaira whispered to the little boy before she glared at Theta Grant who was in her direct line of vision. Theta Grant struggled to stand back up after her kick and was immediately met with her harsh glare. His head fell down as he felt ashamed for disappointing his Luna.

“I am sorry, Lu—” Theta Grant began before Kaira interrupted him.

“Shut up. I don’t understand the language of monsters!” Kaira spat out venomously before the room was flooded with a few pack servants. They had seen Kaira driving towards the dungeon and decided to follow her.

“Take Beta Rick and Beta Carol back to your pack house for treatment, and little Benji too,” Kaira ordered with an aura of someone fit to be the Luna of a pack. Kaira tried to stand back up but felt the room sway so she stayed kneeling on the ground and handed little Benji to the nearby pack servant.

Alpha Crimson’s gaze never left his mate. Seeing her act in the way that a Luna would, made him feel immensely proud.

“Huh...this...can we...” the servants feared for their life, not daring to follow Kaira’s order in fear that the coldblooded Alpha standing not to far away from her would kill them.

Alpha Crimson nodded his head, much to the relief of the pack servants who quickly took away both the passed-out Betas as well as little Benji whose crying had dimmed down.

The dungeon fell eerily silent as the only people left in the room were Alpha Crimson, Kaira and the Beta as well as Theta. Kaira wanted to get up and run far away but she had absolutely no strength left in her body. She was still shivering from the cold and a fever had slowly taken over her senses.

Alpha Crimson frowned at the foolishness of his mate. Anyone with eyes could tell that the shewolf rushed over to save her loved ones without taking care of her own body. It made Alpha Crimson both angry and proud at the thought of his mate willing to die for others and caring about others more than herself. At the same time, it made Beta Zachariah and Theta Grant happy to have such a kind-hearted Luna.

Alpha Crimson quickly unbuttoned his black dress shirt before approaching his mate who remained kneeling on the ground. He placed it over her trembling shoulders and stared in slight surprise as she looked up towards him with big, round dark brown eyes filled with tears. Her cheeks were flushed red from her fever and her lips quivered as she whispered.

“Please...I promise...I won’t...run...please...don’t hurt...anyone,” Kaira whispered out as she felt her body fall sideways and her vision became blurry.

The last thing she remembered were sparks flying across her skin as a pair of warm arms caught her before she could hit the cold, hard cement floor.

“I’m sorry, my sweet Kaira. I promise I will never do it again,” a warm pair of lips touched her forehead, his light stubble tickled her face as the coldblooded Alpha whispered to her.

Beta Zachariah and Theta Grant could only watch with open mouths as they heard their Alpha apologize for the first time in his life.