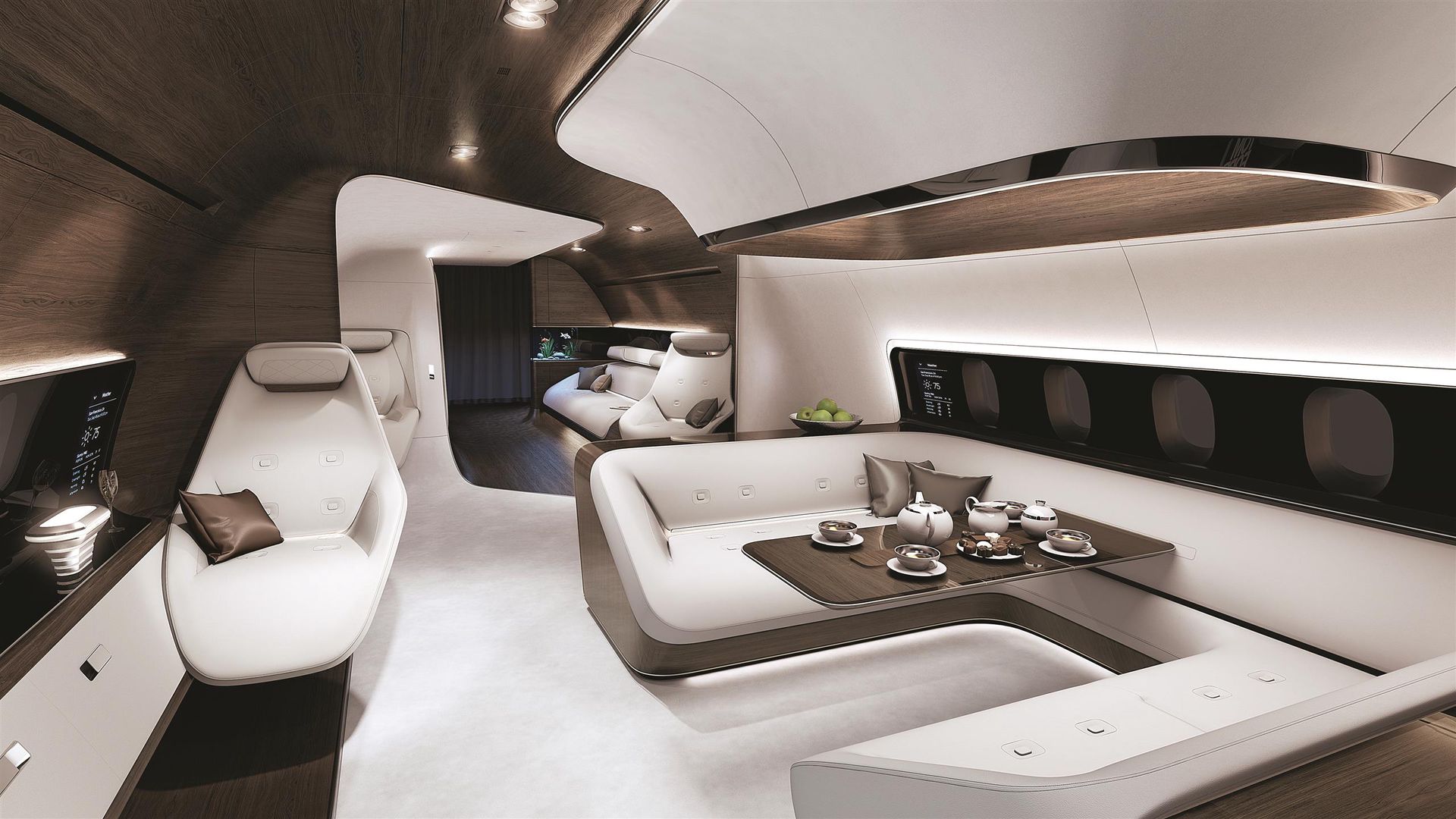 Kaira sat quietly in her business class seat beside a window on the airplane. It has been flying for quite a few hours now and they were due to land in an hour or so. Simba rested inside her apron throughout the entire flight, making Kaira feel extremely grateful for having such a sweet dog. He hadn’t fussed or made any noise so as to not blow their cover. She couldn’t afford to let anyone know that she had a pet on the plane without paying for him.

While looking out of the window at the peaceful sunrise, Kaira let out a shaky breath. She had managed to escape from the coldblooded Alpha not once, not twice, hell not even thrice. She had escape four times. The first time was her home land, the second time was Beta Rick’s territory, the third time was the hospital, and then the fourth time was just now at the airport. She couldn’t believe her own luck. A small smile graced her lips before realization suddenly hit. Each time she ran away from him, she lost a part of herself. She always ended up hurting herself or others in pursuit of her own happiness.

‘If I begged you all for forgiveness, would you be able to forgive me? I’ve been so selfish, what if...what if he goes back on his promise? What if he goes back and kills Rick, Carol and little Benji? Oh God, what have I done?’ Kaira thought to herself as her shoulders shook violently and tears escaped her swollen eyes. She hadn’t slept in hours, not since she woke up from Alpha Crimson’s lap.

“Excuse me Miss, if you are cold please use this blanket” an air stewardess cautioned as she unwrapped the plastic from a new blanket and placed it over Kaira’s body before she could object.

“Thank you,” Kaira mumbled and accepted the blanket. She did not want to waste the stewardess’ efforts. Though, she would have taken the blanket herself hours ago but she was afraid of falling asleep. The cold air in the airplane helped keep her awake, she couldn’t afford to fall asleep and meet Alpha Crimson in her dreamland.

‘Please forgive me, everyone...just this once...I think I’ll need to be selfish in my life,’ were the last thoughts that passed through Kaira’s mind before everything seemed to fade into darkness.

“Stop right there!” Alpha Crimson growled out as he used his advanced speed to catch up to the girl running away within seconds. His tight grip latched onto the girls forearm as she winced and turned towards him in fear.

Theta Grant had returned with the medicine that his Luna had requested at the same time that Beta Zachariah returned with the newly purchased water bottle. They both looked at their Alpha in shock when they saw him gripping onto the arm of a random human girl.

“Who the hell are you?” Alpha Crimson growled out as his grip tightened even more. The girl began to cry as pain overtook her body, it felt as though her wrist was about to snap.

“Let go please, let go” the girl begged, and a crowd began to form as people recognized the ruthless Alpha Crimson who stood there infuriated. They had never seen somebody so angry before, even Theta Grant and Beta Zachariah hesitated before approaching their Alpha and pulling him away from the terrified human.

“Alpha, let go. We can’t harm a human without valid cause,” Theta Grant advised carefully, taking note of the way the color of his Alpha’s eyes diverted between black and blue. Ever since his Alpha met Luna, Alpha Crimson has been struggling more and more to control his wolf. It was something they would need to resolve later on.

“Is harming my mate enough cause?” Alpha Crimson growled out and was ready to tear the head off of the trembling human girl who fell to her knees, begging for mercy.

“Miss, I apologies for my Alpha’s behavior. We are simply concerned for our Luna’s safety. Can you explain why you are wearing Luna’s clothes?” Beta Zachariah played the part of a gentleman perfectly as he helped the young girl stand up and supported her frame with one arm. Theta Grant subtly rolled his eyes at his friend’s antics, Beta Zachariah wasn’t known as a womanizer for nothing...

“I was in the washroom, some girl offered me two hundred dollars to change clothes with her and run as fast as I could in the opposite direction. I really didn’t know, I needed the money so I agreed without asking any questions,” the girl replied through tears as Alpha Crimson ever so slowly lost his grip on his sanity.

‘She ran away from me for the fourth time,’ Alpha Crimson thought to himself as his eyes slowly turned pitch black. He let out a ferocious growl belonging to his wolf who had taken control and Theta Grant unconsciously stepped aside.

“Tell me, where the fuck is my mate?” Alpha Crimson questioned as he took a step closer to the brunette who cowered away in fear.

“I don’t know... I really don’t know... I didn’t ask her, she—” the poor girl’s words were caught off as Alpha Crimson held her in the air by her neck and squeezed tightly. She could not even fight back since she knew how powerful the Alpha is.

“Alpha Crimson, I humbly request for you to think things over. Luna will not forgive you if you kill someone,” Theta Grant advised calmly as Beta Zachariah stared at him in shock. Even he didn’t dare reason with his cousin while his cousin’s wolf was in control. That would be like asking for death to come to your doorstep.

However, much to the Beta’s surprise, Alpha Crimson’s grip loosened, and he allowed the young girl to fall back onto the ground. While she caught her breath, Alpha Crimson succeeded in controlling his own anger as his eyes returned to their original deep blue color.

“I’m really sorry, Alpha Crimson. I don’t know anything, I swear. All I know is that we switched clothes, I was wearing my Starbucks uniform. If you check the CCTV in the airport, you might find her,” the young girl wheezed out in between heavy breaths as Beta Zachariah signaled the airport men to take her to an infirmary.

“Let’s go,” Alpha Crimson stated as the trio made their way to airport security.

The airport security men had no choice, they simply handed over their control room to the three men and scurried out of the room as fast as they could. Theta Grant is known for being a genius in the IT world, thus he was able to navigate through the airports complex technology. He quickly found the recording of his Alpha waiting outside the washroom for his Luna.

“Freeze. Play it from there,” Alpha Crimson demanded as he stood closer to the screen and watched with furrowed brows. His mate clearly planned it all, she had waited a couple seconds to make sure Alpha Crimson ran after the other girl and then bolted out of the bathroom.

“Follow her, where is she going?” Alpha Crimson growled out as Theta Grant’s rough fingers moved around the keyboard flawlessly.

In the next video, Kaira is seen hurrying towards a gate right as the airport worker was about to close it off. She showed the worker a passport and was allowed in the flight.

“But...Luna didn’t even have a passport, right? We have all of her luggage and backpack,” Beta Zachariah mumbled in confusion as Alpha Crimson took a seat and continued to replay the scene of Kaira walking into the airplane.

“Find that worker,” Alpha Crimson stated calmly, his eyes never leaving the screen. Beta Zachariah nodded his head quickly and left the room. Truthfully, Alpha Crimson seemed a hundred times more terrifying when he was quiet opposed to when he was openly angry.

Within a few minutes, a girl wearing the airport’s uniform stood trembling in front of the notorious Alpha. She had seen him on the news recently and heard rumors about him. Human parents would tell their kids stories about Alpha Crimson during their childhood in order to scare their kids into listening to them.

Alpha Crimson kept his cool and simply turned the screen to face the worker, “Do you remember her?“.

She looked into the screen before her eyes widened and she spoke, “yes, I do. She was the last one to board the flight to the province of Nepra at 3 am”.

Alpha Crimson narrowed his eyes at her in silence as the woman kept her head bowed in submission.

“My mate doesn’t have her passport. Why would you let her board the flight? I believe I informed every single airport to ban her from flights?” Alpha Crimson snarled, baring his sharp fangs at the terrified human girl.

“No...that wasn’t...your mate is Luna Kaira Regan...but that girl, her passport said that she was Katerina Pavlov,” the woman mumbled as realization hit the three men in the room.

“No way...did Luna get a fake passport, she’s so badas—” Beta Zachariah’s words were cut short by Theta Grant elbowing him in his stomach.

The pressure in the room increased drastically as the two men and girl struggled to breathe. They fell onto the ground as Alpha Crimson took deep breaths to calm down.

“Prepare the jet, we leave in ten minutes” Alpha Crimson ordered stoically before stepping out of the room with his mate’s luggage and heading towards his private jet.

Alpha Crimson took a seat and didn’t utter a single word to Beta Zachariah nor Theta Grant. Even when the jet took off, he did not look at anyone. He rested his head in his heads and remained completely silent.

On the surface, the almighty Alpha looked furious and as if he could kill anyone who gets in his way. But deep down, Alpha Crimson worried about his silly mate who ran away with no luggage and money.

‘Little mate, how will you eat and change your clothes?’ the more he thought of that, the more disheartened the coldblooded Alpha became.