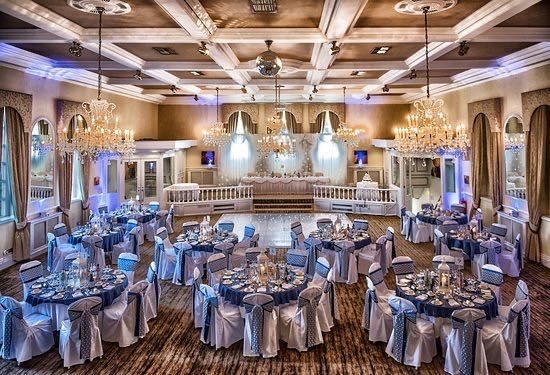 Alpha Crimson exited his now damaged car with Beta Zachariah and Theta Grant in tow. There were several pack maids lined up outside the doors of Beta Rick and Carol’s mansion. Since the pack house was occupied by the preparations for little Benji’s birthday party, the meeting with Alpha Crimson was held in the Beta’s home.

“Good to see you, Alpha Crimson. Thank you for agreeing to meet in my home,” Beta Rick stated from his front porch before guiding his visitors into his office on the first floor of his home.

“You’re welcome,” Alpha Crimson stated haughtily before taking a seat at the head of Beta Rick’s desk as if it were his own desk.

Beta Rick cleared his throat and sat down in front of the Alpha. This wasn’t his first encounter with Alpha Crimson, seeing him in such a sour mood was nothing new.

“What Alpha Crimson meant is, no problem and thank you for taking care of pack matters while Alpha Cameron takes care of our territory. As you know, Alpha Cameron is quite close to our Alpha Crimson since they are cousins so we knew he would agree to our request. But that put you and your mate in a difficult position, our apologies,” Theta Grant spoke as he stood behind his Alpha’s chair with Beta Zachariah.

“Not at all, it is my duty to assist my Alpha during times of need. I hope the search for your mate is going well,” Beta Rick stated with a smile but that quickly fell when he noticed the anger radiating off of Alpha Crimson when mentioning his mate.

“Ah, my apologies. It seems I have misspoken,” Beta Rick quickly apologized, not wanting to lose his life on his sons birthday.

“No, it’s okay, right Alpha Crimson?” Beta Zachariah stated as he placed his hand on his cousins shoulder.

“Yes, it is quite alright. It seems my mate has been... quite busy these days. But that’s alright, once I have her, I will make sure she understands what it means to be an Alpha’s mate,” Alpha Crimson spoke in an eerily calm voice that had the three men in the room suppressing shudders.

“Good evening, Gentlemen! Have some coffee and tea,” Carol came bounding into the room happily whilst holding a tray of refreshments.

After serving Alpha Crimson, she served her mate and then the other two guests. Noticing that the atmosphere was not good, Carol decided to lighten the mood.

“You all continue with your meeting, I have to complete the preparations. Enjoy! Oh, actually, how would you fine gentlemen like to stay for our little Benji’s birthday party? Our whole pack will be there, who knows, maybe your mate will be present?” Carol spoke lightheartedly and aimed the last bit mainly towards Beta Zachariah and Theta Grant.

She heard the rumours of Alpha Crimson’s mate burning her own house down. Even though it was just a rumour, she didn’t find it completely unbelievable. Who would want a murderer as a mate anyway?

“Thank you for the invitation, however, we must return soon as we have a meeting with our pack tracker to find our Luna,” Theta Grant politely declined the offer while glancing at his silent Alpha who drank his black coffee.

“We will attend, thank you Beta Carol” Alpha Crimson’s sudden reply took everyone by surprise.

Truthfully, he did want to return as soon as possible to work on finding his mate. But, he did not want to make his Beta and Theta lose the chance of finding their mate. Plus, his wolf has been on edge ever since they entered this packs territory.

“Great! See you all tonight then,” Carol replied warily before exiting the office.

Theta Grant and Beta Zachariah sent a mindlink to their Alpha, questioning why he wants to stay.

‘I don’t know. My wolf just wants me to. And, you both may find your mates here.’ Came the coldblooded Alpha’s honest reply.

***
“Ms. Regan, do you know who the owner of that Range Rover was?” Evan questioned quietly as Kaira searched for a decent dress to wear. She already bought little Benji’s the newest set of race cars that the local toy store kept as well as the latest children clothing.

“No, does it matter though? If you’re going to be a good warrior, you must keep in mind that status and wealth mean nothing in the end. A wealthy persons life is not worth more than a poor persons life, understood?” Kaira replied in a soft voice as Evan nodded his head quietly.

“I understand. Also... Ms. Regan, you’re not really pregnant... right?” Evan’s words came out as a low whisper and her hands faltered for a second before continuing to shuffle through the clothing rack.

“What do you mean, Evan?” Kaira stated before letting out a nervous laugh.

“My moms expecting right now. So I know that when you’re in the presence of a pregnant shewolf, her scent should be mixed with her mates, but you only smell like cherry blossoms. And, I should be able to hear the baby’s heartbeat but I don’t hear anything. Also, that high kick you did back there. It would’ve been too dangerous for a pregnant shewolf to exert so much force,” Evan recounted each piece of evidence as Kaira’s heartbeat picked up.

“Don’t be silly, Evan! I smell like Cherry Blossoms because that is my favourite perfume. And you can’t hear my baby’s heartbeat because my wolf is protecting my womb and blocking the sound. Also, I used to be a pack warrior trainer so my limbs are very flexible, even during pregnancy so I am able to do high kicks,” Kaira made sure to look into Evans eyes to ensure that all of his doubts would be gone.

“Oh... I see. Forgive me for suspecting, Ms. Regan,” Evan apologized and bowed his head.

“It’s alright! Here, I think this dress will do! I’ll pay for this and then we will head back to Beta Rick’s home. The party is starting soon,” Kaira ruffled Evan’s hair before making her way to the cash.

She couldn’t help but think how lucky Beta Rick and Carol are to have such an observant future pack warrior.

***
“Auntie Kai, over here!” Kaira entered the ballroom and could hear little Benji screaming her name from the centre of the ballroom.

She was dressed in a dark blue satin dress that hugged her curves, including her fake bump. Her hair was done in loose curls with light makeup on her face.

She slowly made her way through the crowd, there were many pack members present. Everyone was mingling and eating refreshments in the extravagantly decorated ballroom. Her eyes scanned the crowd once more but she could not find Beta Rick and Carol.

Kaira finally reached Benji, who was dressed in a red tuxedo, surrounded by his little friends.

“See, I told you my Auntie Kai would come! Isn’t she the most beautiful shewolf in the whole wide world?” Little Benji yelled excitedly. A few pack members turned to glance towards the duo as Kaira’s cheeks flushed red in embarrassment.

“Why thank you, my little Benji is looking quite handsome!” Kaira giggled before bending down to fix Benji’s crooked bowtie.

Beta Rick and Carol came towards the centre of the ballroom as they pushed a kitchen cart that held a grand birthday cake. Kaira took a step back, not wanting to ruin their family moment but little Benji clasped onto her hand tightly and stood in front of the cake excitedly.

“Thank you everyone for joining us tonight to celebrate our little Benji’s fifth birthday. Let us cut the cake before eating the feast prepared by our packs wonderful chef!” Beta Rick announced as he passed Kaira the lighter. She looked at her friends surprised but was met with their encouraging smiles.

Kaira smiled wholeheartedly before carefully lighting each candle. Since the cake was a couple tiers high, Beta Rick had to hoist little Benji up into his arms.

“Say ah Auntie Kai! I will feed you first because I love you the most!” Little Benji exclaimed as Kaira let out a melodious laugh that made a certain Alpha stop in his tracks as he and his Beta and Theta approached the centre of the ballroom.

“Ahh” Kaira leaned forward with an opened mouth to accept the piece of cake from little Benji.

Kaira quickly swiped her finger along the cream of the cake before spreading it onto Benji’s nose. The birthday boy giggled before taking some cake and spreading it on his favourite Auntie’s face.

Beta Rick and Carol watched with smiles plastered on their faces. They were so grateful for Kaira being a part of their lives. Beta Rick looked behind the cake and noticed that Alpha Crimson, Beta Zachariah and Theta Grant have arrived.

“Hahahaa, I surrender, I surrender!” Kaira cried out through laughter as little Benji spread more cake on her cheeks.

Her eyes trailed up, towards the group of three whose presence she had not noticed until now. Her heart began to beat insanely fast as she closed her eyes and prayed to be swallowed up into the ground.

Alpha Crimson slowly cut a piece of the cake before approaching Kaira who stood frozen in both fear and pure shock.

He fed the piece of cake to little Benji and wished him a happy birthday before turning his gaze to the frozen woman beside him.

“So, you’ve surrendered.” Alpha Crimson stated in a deep voice, his words sending shivers down Kaira’s spine and shocking those around them.