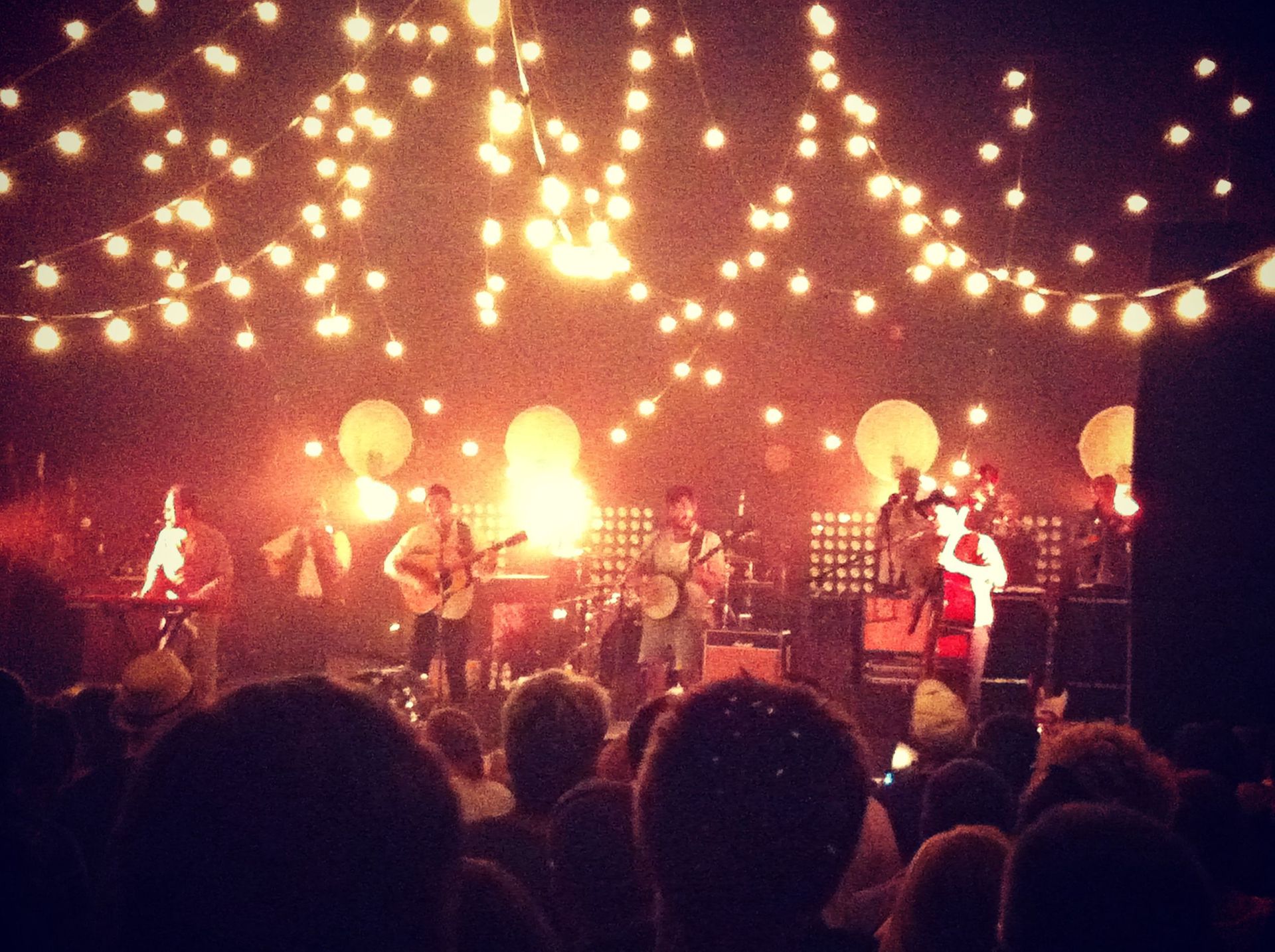 She quickly drove her Volkswagen towards the local hospital and noticed a concert taking place in front of the hospital. She saw signs advertising that it was a charity event to raise funds for the hospital. Thinking it was safe enough, Kaira parked her car there.

She pulled her black hoodie over her head and wrapped her scarf around her face. With Simba tucked under her arms, she hurried into the hospital, trying her best to avoid people.

Using her sense of smell, Kaira found the little family in the emergency room on the first floor of the hospital. Upon approaching them, she saw an unconscious Becca with tubes and needles covering most of her little body. Kaira grimaced at the thought of how much pain she would be under.

“How could they? Ten million dollars? How could we afford that?” Tammy cried beside her husband who tried his best to console her.

“Sir, please have the money ready within an hour. Becca’s organs rejected the new medication. Each of her organs are failing one after another. We need to start with a transplant, you have to pay the funds so that we can start the surgery,” a young doctor advised before moving onto his next patient.

Kaira’s eyes widened at his words and she hurried towards Tammy who fainted at the news of her daughter slowly dying in front of her.

“Tammy!” Kaira caught her alongside Al and helped him to lift her onto the nearby empty bed.

Al went to call for somebody to help check on his wife. Kaira stood alone right beside Tammy who struggled between consciousness and unconsciousness.

“Tammy... if you could go back in time, would you change your mind about calling my mate?” Kaira questioned as she held the mothers hand tightly in her own.

Kaira couldn’t tell if the older woman could even hear her or whether she was simply mumbling words while unconscious. Nonetheless, Tammy’s words reassured Kaira in the decision that she made.

“Thank you, I think that’s all I needed to hear,” Kaira squeezed her hand before turning around and caressing the side of Becca’s face. She looked paler, a ghost like shadow loomed over her features.

“I promise, you will go back to school and see all your friends very soon, my sweet little Becca,” Kaira whispered before laying a kiss on her forehead and heading out with Simba.

***
Kaira’s feet brought her to the concert just outside the hospital. It had begun at 9 pm and now around 40 minutes has passed since the doctor warned Tammy and Al to pay the fees.

She did not panic though. Her wolf could feel Alpha Crimson’s presence. He was very close, it would be a matter of minutes before he exited his car, and caught her real scent. Up until now, she had masked her scent with perfumes but not this time.

Kaira let simba run around the grass, knowing that he would follow her when it was time. She allowed herself to get lost in the music. A local band was playing their last song of the night which was Kaira’s favourite song called ’All I want” by Kodaline up on the front stage. There were beautiful lights strung across the field that led all the way to the front stage.

Kaira stood at the centre of the field, surrounded by many people. Most were couples, some were patients from the hospital. The local band played beautifully, everyone was focused on the music and did not notice Kaira’s presence despite the billion dollar bounty placed on her.

As the band came to the chorus of the song, Kaira could feel all of her unshed tears building up.

She was so tired. Utterly exhausted.

Tired of running and tired of seeing the people she cared for suffer so much. She felt powerless.

Suddenly the wind blew, the pressure in the air rose along with it. Kaira’s hoodie flew back, letting her brown hair fly freely in the air. The music continued playing as Kaira turned to look at her right side.

But If you loved me

Why’d you leave me

As Kaira locked eyes with her mate, she was overcome with many emotions. She felt herself getting lost in his deep, ocean blue eyes. This time, she didn’t want to fight against it.

It felt as though a lock encasing her heart shattered into a million pieces.

Alpha Crimson stood very still a few feet away from his mate. This time, she didn’t run away and he didn’t try to catch her. Kaira looked towards him, and all of those unshed tears came pouring down. She smiled at him through tears before running towards him and throwing herself into his arms.

“All I want is
All I need is

Alpha Crimson was taken aback by his mate who held onto him tightly as if he were her sole lifeline keeping her connected to the world. The impact of her body slamming against his own almost made him fall but he quickly stabilized the both of them.

Kaira’s hands gripped onto the back of his black dress shirt and her tears coated the front of his collar. Alpha Crimson wrapped his arms around her tightly, making her finally feel safe.

He took a deep breath and sighed in content, it was his first time smelling her real scent. She smelt like a sweet mixture of vanilla and roses.

“I’m here, little mate. Don’t worry, give everything to me. I will bear it all for you,” Alpha Crimson whispered into his mates ear and caressed the back of her head gently.

Either because of the band that continued to play her favourite song or because of her mates comforting words, Kaira began to pour her soul out to this coldblooded, murderous Alpha.

“Crimson, please, I can’t lose another person. She’s only a child. Five years old, God. I can’t. I just, I’ve watched too many people die. I prayed so much but they still died. And I... I couldn’t even... do anything. I couldn’t help any of them,” Kaira whispered in between her sobbing, never once letting go of the Alpha whose body she tightly wrapped herself around.

Alpha Crimson hummed in reply and rubbed her back in soothing circles. When her breathing calmed down, he began to speak again.

“Don’t worry, our Beta and Theta are at the hospital right now. I transferred the bounty money to their account and paid the surgery fees,” Alpha Crimson began as his mate fell silent.

“No matter what happens, I will be there to help you. I won’t let you witness the suffering of your loved ones anymore,” Alpha Crimson stated and laid a sweet kiss on top of her head.

“Promise?” Kaira whispered as she wrapped her arms around his neck even more tightly.

Alpha Crimson let out a rare smile, showcasing his pearly whites. It was the first time, in a long time, that he genuinely smiled.

“I promise, my sweet Kaira,” Alpha Crimson replied as the band was slowly ending their last song of the night.

Suddenly, the room began to sway. Alpha Crimson’s footsteps faltered and his vision became foggy. He vaguely could make out the sense of emptiness when Kaira stepped away from his body and saw her right hand trembling with a sharp object.

“Kaira Regan Crimson, what did you do?” Alpha Crimson slurred as he fell onto one knee.

“I won’t apologize because I won’t mean it. Goodbye forever, Alpha Crimson,” Kaira whispered, dropping the syringe she stole from Tammy’s house onto the grass.

Alpha Crimson fought against his body to remain conscious as he saw Kaira run off towards the parking lot. He tried to mindlink his Beta and Theta but the effects of the syringe overtook his senses.

As he fell backwards onto the grass, slowing slipping into unconsciousness, the band finally concluded their last song of the night.

"But If you loved me

Why’d you leave me”

****
Okay, true story, I cried while writing this. Everyone thinks of Alpha Crimson as a murderous, coldblooded killer...but he certainly does care for Kaira. My heart goes out to him❤️