Brook would love your feedback! Got a few minutes to write a review?
Write a Review

Before I begin this chapter, know that the persons POV has different opinions then I do and is a downright bitch. Don’t come at me lmao, thank you. Also, her thoughts that are different from what you’ve already learned is clearly fake, dont get confused lol.

I walked into the “office” in an abandoned house that burned down a few years ago but the garage was still livable, for a homeless person. I spotted Harry looking at his phone with a pissed off expression on his stubble face. I sat down in the uncomfortable chair and he looked at me, putting his phone down and folded his hands on his lap.

“What did you find? Did James find the two evolving?”

“They’ve kissed, plenty of times. James caught a few photos.” I explained as I showed him a picture of the three brats, Quintessa’s face revealed which made Harry smile. Harry found me when I was leaving the library after being practically fired by the little bitch, he explained his whole situation and who she really was and I gladly hopped on board. After all, she did steal his daughter after she tried to kill him and he stabbed her in self defense; she was a horrible woman and deserved to rot in hell, which is exactly where she’d going, she gets to skip prison.

“There you are my little minx.” He took the picture and pinned it to the board beside his chair that was full of pictures of her and her whereabouts. “Updates, mi amor.“Harry instructed as he looked at the board and his notebook. I spoke of the gala that was happening tonight hosted by Micah Sullivan, both the girls will be there I am assuming by Liam’s recent purchases. I continued to speak about what their plans for today were as James, our spy/photographer, waltzed in in a rush with a semi-thick file in his hands and Harry and my eyebrows went up.

“You’re not gonna be happy about this boss, but I did the best I could do.” James stood straight a few feet away from me with his hands behind his back. Harry opened the file and immediately his face dropped to a very angry one, he threw a picture in front of me on the table.

“Tell me, Harp. What’s that?” I glanced at it before looking away from it.

“A uh...very nude Liam and Quintessa..” I swallowed.

“What are they doing?”

“Sleeping together. Fuck!” He bursted as he looked through more and it seemed to click inside of him, “they’re sleeping together...they’re getting closer; now I can take everything from that minx and rich asshole.” Harry let out a low chuckle before he handed me a magazine and my face fell at the cover. It was a picture of Quintessa..on a damn magazine! How did this whore get this far?! 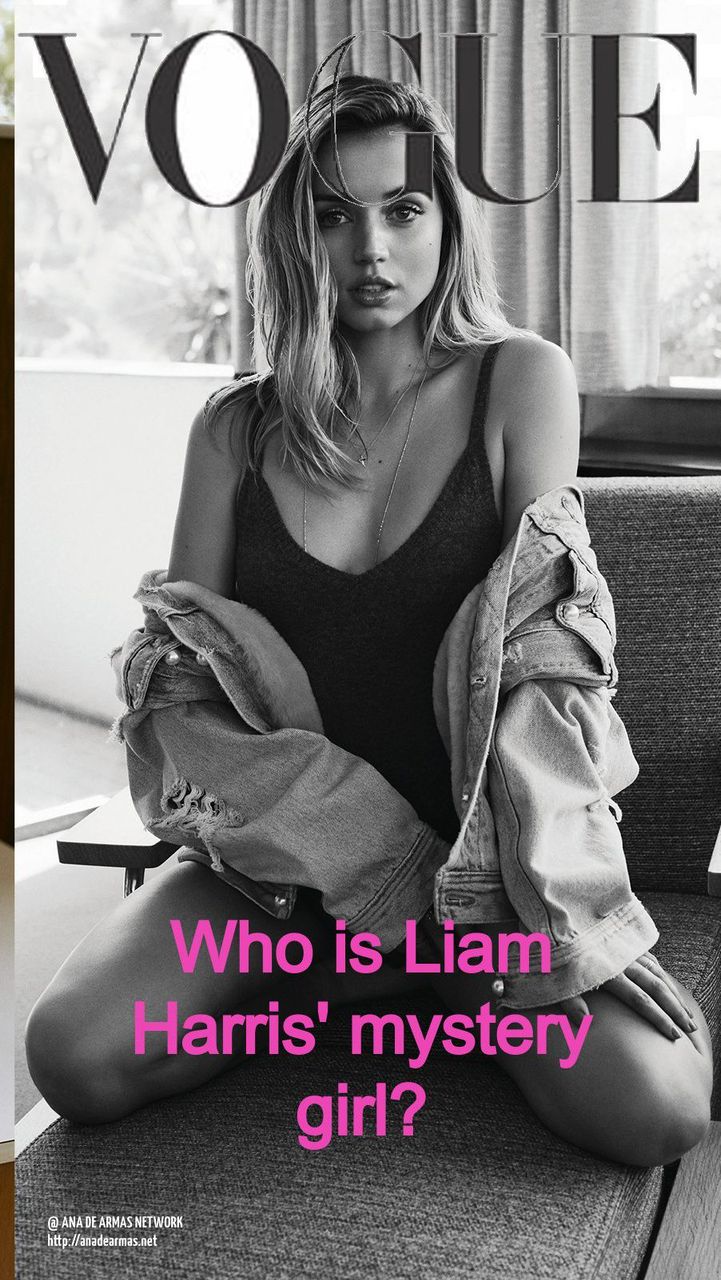 I slammed the papers down and sat down with a pout. “Don’t pout, mi amor. You’ll get your spotlight, you remember the plan correct?” Harry looked at me and I nodded.

“I’ll be the first person there for him when she’s gone, I’ll apologize for my inappropriate behavior and make him feel attraction toward me in his most vulnerable state then be the woman who gets it all; Harry, she has other friends, and Reyna? She’s always hanging out with those twins, what if they go looking for them?”

“I agree with Harp. What if they are found?” I heard a voice behind me and saw it was Harry’s other little assistant, Erica, she was in charge of getting rid of evidence and getting into Liam’s records of purchases, reservations and all that jazz. She didn’t seem like the type who’d want to do this, but Harry was paying us a lot to do this honestly so I don’t blame her.

“I’ll pull a Quintessa, of course. I’ll take her across the country and rename ourselves. They won’t find that minx because she’ll be dead, girls.” Harry answered and I noticed Erica’s hidden horrified look in her eyes at the thought of killing someone, “is that not how you’d like this to go, miss Erica.” Harry looked her dead in the eyes.

“N-No sir. I mean, yes. Uhm- I’m fine with how this is going, sir.” She scrambled her words together in a panic and James placed a hand on her back for comfort and she eased a little.

“Quintessa is dying, whether any of you want to or not. Remember, I have spies you guys don’t know about and they are watching your every move. If you tell the police or try to warn them, I will have them shoot you without hesitation,” Harry stood up and started walking toward Erica and she walked back until she ran into the wall and was trapped between Harry’s built arms on either side of her. She let out a slight whimper and looked at her feet, Harry took her chin in his hand and forced her to look at him, their height difference kicked up her fear, “and they don’t miss. Am I understood, kitten?”

Erica cringed at the name but spoke softly what I was assuming was another ‘yes sir’ since Harry didn’t have the look of murder in his eyes anymore as he walked back to his seat. We all knew what Harry was capable of, he needed people who obeyed; if you didn’t he would beat you and he decided if you lived or not, betray him and you wouldn’t make it out alive. James and Erica were good friends when we first met them, they were both old workers of Liam but they had no reason to hate him. I assumed Erica would have been killed within the first week, but she was only thrown in the basement without food and water for a day; she learned her lesson and has only been slapped a few times here and there, James has taken a few hits protecting Erica but as for me...well, I’m the favorite.

Harry was the man who could be a killer if he wanted to, but he had his mind set on getting back at Quintessa for kidnapping his daughter and trying to kill him. I say he forget them and we ran away together, but that was in place in my mind when we get rid of the whore. Last month when I walked in before I entered the door I heard noises that definitely didn’t sound holy but I knew Erica isn’t the type for that so I’m assuming he needed something and she was the first person he saw. Since then I have been coming in early in hope he needed that again, sadly he has not...yet,

“James, take this young ladies shopping. You three have a gala to attend.”

The sensitive topics stated at beginning of the book are about to make their grande entrance, so again, if those are triggers do not read.

How do you think the gala will go?

Will Erica maybe be a big help later?

How do you like Harry. (I doubt this answer will be a positive one cause I agree)

Don’t forget to comment and vote and I’ll see you in the next chapter!