Alisha P.J would love your feedback! Got a few minutes to write a review?
Write a Review

John opened the door wide enough for us to enter. We walked inside the living area, Mr. Knight was still holding Chase so, he went inside his room to tuck him on the bed. It was still an hour to have dinner so, I headed upstairs to my room to change into something comfortable.

I took a shower and changed into cotton shorts and a tee. I came downstairs inside Chase’s room to wake him up for dinner. He rubbed his eyes still in his sleep while waking up. I carried him to the bathroom and washed his face and changed his clothes and help him wear his PJs. He was still tired to walk so, I carried him to the dining area, Mr. Knight was already there waiting for us.

“What happened to him?” Mr. Knight asked when he saw me carrying Chase.

“Nothing, he is just tired,” I sat him down on his chair.

“Hey, What happened to my rockstar?” He ruffled Chase’s hair and he smiled looking at his dad.

“I am sleepy,” he answered yawing. John put the food on the table and left. I put the food on Chase’s plate and mine as well. We start eating but Chase was not touching his food.

“Do you want me to feed you?” I asked and he nodded happily giving me a big smile.

“Chase, you are a big boy now, eat your food.” Mr. Knight said in a strict tone and his smile dropped and looked at me with a pout.

“That’s okay, Mr. Knight, he must be very tired to eat by himself, I don’t mind to feed him at all.” I almost pleaded him and he finally nodded his head giving us his approval.

I move my chair a little forward and pick the spoon to feed him. Chase ate all his food, I asked John to carry him to bed. I was about to start eating my food when I notice Mr. Knight plate which was mostly untouched. It was the first time that we were having dinner alone.

Was he waiting to give me the company so, I don’t have to eat alone? that silly thought came across my mind but I shook it off. Pfftt... He must be a slow eater. I mean, Why would he? but still, it warms my heart. There was silence on the table but it was not awkward.

After dinner, I came to Chase’s room and sang him his favorite song and he falls asleep. I pulled a thin blanket over him and kissed his forehead. Mr. Knight was standing at the door watching us. He came forward to kiss Chase good night. We left the room and came to the living room.

“You have a very nice voice, Miss Brown.” I blushed at his compliment.

“Thank you,” I just smiled. “Do you want some coffee?” I don’t know Why I asked him that question.

“Yeah, I could use one.” I made my way to the kitchen and made two cups of coffee. He was sitting on the couch near the floor to ceiling window, enjoying the night view of Newyork.

“Thank you.” I took a seat beside him.

He took a sip and look differently at me. “You didn’t like it, I had no idea, how you prefer your coffee and I didn’t even ask you, I’ll make you another one.” I rose from my seat but he caught my wrist.

“It’s perfect.” He said and gesture me to take my seatback. “Tell me about yourself, Miss Brown.”

“There is nothing much to tell, I mean you already know about me from my file.” I had no idea What he wanted to know?

“I know that. I was talking about your life, your family. If you don’t mind me asking.” Are we really having a proper conversation right now?

“My family lives in Boston, I have a sister, who is in High school. My parents ran a Bakery house there, which has the best cakes in the world.” I felt like going on a memory lane while talking about them.

“You misses them, don’t you.” He asked as if reading my mind.

“I do,” I said and turned to face him but he was already looking at me.

“Chase is a very adorable kid, you must be very proud of him,” I said after a while.

“That he is, he has all the quality of her mother.” He looks hurt at the mention of his wife.

“I am very sorry for your loss. I can only imagine how that feels like.”

“It feels like shit,” He gave me a nonhumor laugh. I could see the hurt in his eyes. He still misses her.

After some silence, we headed to the kitchen to place the empty cups in the sink. I washed the cups and placed them on the counter.

“Miss Brown, I wanted to invite you to my party next Friday.”

“I would love to but, What about Chase?” I asked.

“Don’t worry, the party will start at 7, and John will be here to look after him until you get back.” He assures me.

“If he will be fine then I will be there.”

“Good night, Mr. Knight,” I said and went upstairs to my room. I called my mom, talking with her feels great always. I message Caroline about me visiting my apartment to pack my remaining stuff. Putting the phone on the side table, I pulled the blanket and fall asleep.

The next morning, I headed to my apartment to pack my remaining stuffs. Caroline’s niece Daisy was going to move after 3 days so, it was time to make some room for her. I pulled my car in front of the building and enter the elevator. I opened my apartment door and soon started to pack the stuff, After 2 hours, I was done with all the work.

I order some food and had my lunch at the apartment while eating my thoughts went to the conversation I had with Mr. Knight. He didn’t seem like the person who he used to be at first we met. He was sweet, friendly. I didn’t realize the smile I had on my face while thinking about him. I throw the boxes in the bin and left my apartment.

Mr. Knight has given me the invitation card this morning, It was the success party of the London branch. There was the option of taking a plus one with me at the party but I don’t have any date and Caroline is going for a holiday that weekend so, I will be going alone.

I was thinking of doing some shopping for the party, today is Sunday and I may not get any time to shop on any other day.

I parked my car inside the parking lot of City Mall. Going through some stores and dresses, I finally select a black off-shoulder dress with a slit and I think it looks good on me. 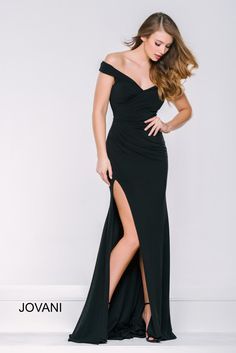 I left the mall and drive my way to the penthouse, I drop my bags in my room and came to Chase’s room. I took him to the park where he played with his friends from the building. I played with him for a while and had some conversation with a girl who was babysitting one of the kids in the park.

After half an hour, I took him back to the house and bathed him. Mr. Knight came from his office and we all three were in the living room playing with Chase.

“Dinner is served sir,” John called us for dinner.

“Let’s go,” Mr. Knight said and we all went to the dining area.

Dinner went well, Mr. Knight and I were having friendly conversations. There was no more awkwardness and hesitation between us, which was very good for all of us. After the dinner, we both went inside Chase’s room to tuck him to bed. Mr. Knight has some work to complete so, he went to his office after wishing me good night and I headed upstairs to my room.

I took a shower and lay on my bed after changing into my nightdress. I was thinking about something or rather someone.

I am liking this new changed Mr. Knight and deep down I know I shouldn’t.