It's Poly Kasie would love your feedback! Got a few minutes to write a review?
Write a Review

Obviously, Rachel was doing something wrong with her life. Compared to the little house she shared, the people she associated herself with appeared rich. She had to wait at the gates of the massive house until she heard Sophia’s voice through a speaker. Even then she had to wait until the gate lifted up so she could drive her used vehicle through. Out of place wasn’t even the words that came to mind.

Sophia probably ate caviar as a snack while Rachel settled for a bowl of rocky road. Sophia was so out of her league and she wondered why the smaller woman would want to talk to her.

“Yay! Your here.” Sophia squealed like a schoolgirl. “Come in. I’ll give you a tour. of the place.”

Rachel mustered a smile on her face and walked into the overly huge sized house. The place seemed homey nonetheless. It seemed like a vacation area for summer visits more than anything. There were no pictures that the walls. No paintings that scattered about the place, and it looked as if no one way of staying there. Nothing was out of place and the air smelled of cinnamon.

“You stay in this house by yourself? Jeez, it’s freaking huge.” Rachel muttered. It was supposed to be an inside remark but somehow made its way through her plump lips.

“Well... No. I stay with my eldest brother. Not that he’s barely here.” Sophia shrugged. “Doesn’t matter. It’s not like I’m staying in this place long-term. I only agreed to it until I finished school.”

Rachel wanted to ask what Sophia meant by her comment but she decided against it. She barely knew the woman and didn’t want pry into her personal matters.

Sophia pulled Rachel out her daze and walked through the entire downstairs before showing her the pool area. The moment they stepped outside the smell of chlorine and freshly mowed grass hit their nostrils.

‘Rich motherfuckers. Must be nice.’

“Maybe when we have free time we can go for a swim. It would be lovely to just relax.” Sophia’s blue eyes lit up with excitement. “Come on, I’ll show you my room.”

Through the hall and up the stairs, the smell of cinnamon and a hint of apples became stronger. Soft music could be heard the moment they reached the top stairs. It sounded like jazz music, music that Rachel secretly loved. The soft melodies would always calm her nerves and helped her study. Listening to the calming music, Rachel was in a spell and all she wanted to do was lay back and enjoy the smell and music.

“Yeah, never go in there. Christian is more of a keep to himself kind of person but he’s a major whore. It astonishes me how many times I hear moaning whenever I walk past his door.”

This woman was an open book and Rachel was confused about why she felt so comfortable telling her such things.

Finally entering her room, Rachels’s mouth hung open in awe. It was twice the size of her room and the walk-in closet was bigger than her bathroom.

Sophia seemed unfazed at her gawking. To her, it was just a room. A room that she barely was in. If it wasn’t for her other friends constantly calling her to shop or party she rarely at home. Well, that is until her eldest brother would come calling her. He was forced to look after his younger sister in hopes she would continue the legacy. For that to happen, Sophia needed to be studying the majority of her time.

“We should get to work.” Rachel broke out of her daze.

“Right, of course. The sooner the better.”

Whenever Sophia would see Rachel she would always be in a business suit or a pair of jeans with a matching top. She had envisioned Rachel in something more daring. Clothes that would showcase every curve. There was a need to show every muscle that hid behind those not so flattering clothes. Oh, Sophia was going to do more than design her clothes. Rachel was going to walk the runway looking like a completely different person.

For an hour or so, they spent time getting to know each other tastes and dislikes in regard to fashion. The time gave the girls an understanding of the hidden interest they often shy away from. Surprisingly, the room was filled with laughter and genuine conversation. It was as if Rachel was chilling and communicating with one of her homegirls from back home.
** 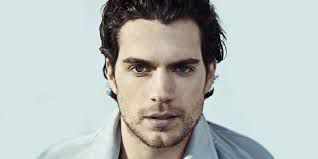 Christen stood at the entrance of the kitchen and watched as a random woman bend down to retrieve something from the bottom of the fridge. The woman couldn’t be his sister. His sister was a midget compared to this woman in front of him. Even in a pair of slacks, Christen could tell that she was a size to his licking.

“Who are you?” Christen said. He leaned against the door frame and placed his hands in his pockets. watching in amusement as the woman in front of him dropped the glass that was in her hand. She jumped and gasped as she stared at the man in fear. He almost felt bad for startling her. Almost.

“Oh shit. I’m sorry.” She had to bend down to retrieve the broken glass that was scattered on the floor.

Christen walked over to her and grabbed her hands to prevent her from picking up the glass. Rachel looked up to see the man staring at her. Now he had a perfect view of her features. Flawless caramel skin, big hazel eyes with untamed long curly hair. His striking blue eyes and features reminded her of someone but couldn’t quite place her finger on it. He cleared his throat, licking his lips, and diverting his gaze elsewhere.

“You really shouldn’t be picking up glass with your bare hands. I’ll clean it up for you.”

“Are you sure? I made the mess, I should clean it. I really do not mind.” She rambled on.

Before Christen could respond Sophia walked into the kitchen and pushed past her brother.

“Are you bothering her?” Sophia asked. “Doesn’t matter, leave my friends alone.” She tugged Rachel out of the kitchen.

“I never got your name.” He said out loud ignoring his sister. He made one mistake of breaking one of Sophia’s best friends' hearts and ended up in the dog house when it came to associating with people she knew. From the point on he had refrained from dating anyone his sister knew or anyone that young of an age. That was one experience he never wanted to revisit again. However, he just wanted to know one thing.

“Rachel. Rachel Jaeger.” She smiled slightly. It was nothing flirtatious... just friendly.

Rachel nodded and allowed her new friend to drag her back to her room.