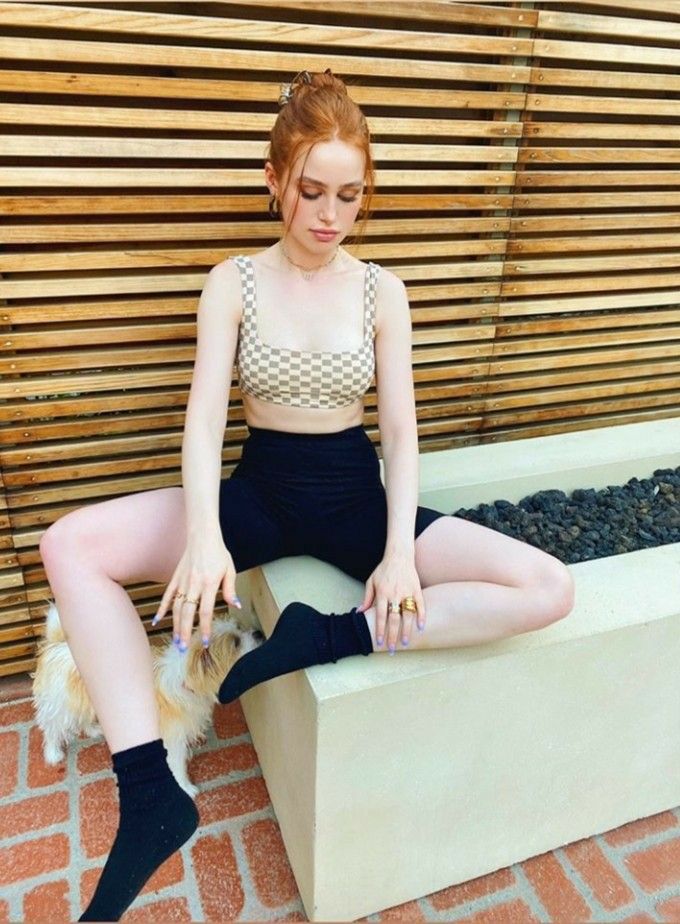 I was impressed at how down to earth Remington and his friends were. His brother on the other hand scared me a bit. He is just so off. He kept on giving me the stink eye for the rest of the night at the party. However, apart from that, I am so stoked to be included in this project with such great people. I have been on fucking cloud nine. The thought of going on the same plane as them, had me bubbling on the inside from excitement. Like a child who waited weeks just so they can go to the beach.

The smell of something burning filters into my room from the kitchen. Dropping my jeans into my suitcase I go downstairs to find out what Tove is setting a flame to. As I open my room smoke engulfs me and I cough a little. Fanning my way all the down the stairs. Upon entering a very smoky kitchen, Tove is by the stove throwing a frying pan that's on fire into the sink. "TOVE?!!" I shout at her to get her attention. "I burned the tomato sauce," she says sheepishly while she turns on the tap to run water on what looks like black tar from where I was standing. "What happened?" I ask her sitting on a stool trying not to laugh at her.

"Don't laugh, I wanted to take a quick shower, next thing I know, the entire fucking pot is on fire," Tove sighs running her fingers through her hair. That explains why she's in a towel. "I just wanted to cook dinner for you before you leave for the next six months," she looks at me defeated. Getting up from my stool I go to her with open arms. We hug and I thank her for trying to do something nice for me. "We should really, hire a chief," I joke and she pouts at me for a second.

"Tove, Harlow, why is the house smoky?" Huntley asks now reaching home from work. Entering the kitchen, he sets his duffle bag on the counter "What happened to you two?" He says after finding us hugging. He joins us and we just stand there embracing each other for a while like old friends who haven't seen each other in a long time. I really will miss them. Most of the time if any of us were traveling we all would be together. Tove and her fashion shows. Huntley and his adventures. We always traveled as a pack because it was just the three of us, and of course Evelyn. For the first time, we would be separating from each other for so long. At least I get to see them in Milan.

My sister manages to salvage the rest of our food for dinner. The three of us sit for our evening meal and I say a little prayer that it doesn't taste like burnt tomatoes and soggy overcooked spaghetti. Even the meatballs look off. I smile when she sits down across from me and Huntley shakes his head when he looks at his plate. "Big sis, I appreciate the effort but something went wrong dudette," he says twirling his fork into his pasta watching it as it sticks to the metal like freaking glue. Usually, he may have playfully said something hurtful but this time he didn't. Big surprise for me. I squint my eyes at him. He shrugs and I purse my lips at the spiky-haired man child.

"I just wanted a shower. I left the kitchen for literally five minutes," she sighs. Pressing my fork into the meatball sitting upon my sticky spaghetti, it was like poking a half-cooked potato. It's still hard. Deciding that no matter how much I loved my sister Im not going to torture my taste buds for her sake. " How about we order Chinese?" I suggest and my siblings nod their heads in agreement with me. "Great, cuz I wasn't eating this even if I was dared to," Hunts laughs and Tove rolls her eyes. Ah, there it is!
Poor guy probably was dying inside to joke about his soggy spaghetti.

The ringing of my phone draws me away from the table while Hunts and Tove order the food. Damani Keene pops up on my screen and I smirk answering my friend with a cheery "Hello Dani, what's sup?" His voice is deep when he answers me. Almost like if he were sleeping.

"Hey, Low do you mind opening your door for me?" He says, surprising me when I walk over to open my door to find the raven coloured hair boy standing outside on my doorstep. Damani smiles at me as I look at him in question. "Oh my god, what are you doing here?" I ask letting him inside. He hugs me and kisses my forehead in greeting. Secretly I really enjoy it when he greets me with forehead kisses. I love forehead kisses.

"I know you leave tomorrow and it will be a while till I see you again. And I have news," he pauses for dramatic effect and I play punch his arm for him to tell me his news. "Ok ok, Charlton I will tell you," before he could spill the beans Huntley interrupts with his stupid 'What up dude," face. He indulges Dani in bro conversations and I roll my eyes impatiently. Eventually, the three of us join Tove in the living room who is watching some show where the contestants create monsters and stuff for their zombie challenge. Sweet Zombies!

I would love to be in a zombie movie or Tv series. I love anything dealing with the undead and a slow walking rotting flesh corpse. That for some reason died but somehow by a virus can rise again. Braindead and decaying with a taste for anything with a beating heart and brains. To add fault to injury, even if you manage to get away and were beaten, then you too will turn into a mindless being. The only thing is good zombie flicks are few and in between. If Zack is directing then maybe the film has hope.

Damani lifting me and throwing me on the soft couch is what brings me out of my zombified thoughts. We play fight until he wins. I glare at him as he plops down next to me with a broad smile. His green eyes sparkling with mischief. "You guys should get a room," Tove says still watching her show but peeking at us from the corner of her eye. "Oh, I know this show. It's Face-off," Dani says. So thats the name of her favorite show. I guess it's like fashion but with makeup and molds.

"Anyway, what news do you have for me?"

"Not here Harlow," he points upstairs.

Both of us leave Tove and Huntley and walk-up the stairs to my room where it's more private. I open the door to my room and Dani goes straight to my bed dropping himself on it. "You're not gonna make me beg you to tell me are you?" I tell him lying down on my stomach next to him on my bed. He searches my eyes and I smile reassuringly at him. "What is it? Is something wrong? Did you say something to the media and got fired?" I shoot question after question and he pinches my lips together to shut me up.

" None of the above Red." He chuckles then releases my lips from his hold, putting his hand back behind his fluffy head. "I got the part in a movie as one of the male leads..." I start to smile at his good news but he isn't smiling like I am. I could see that something was bothering him. His voice gets low, like how he answered his phone earlier "I don't know if you read the novel Call me by your name?" I shake my head 'No' and he continues "Thats the name of the movie, it's based off on that book. Which is a love story between two guys who fall in love over a summer in a place call Crema Italy,"

"This is very cool, you're getting your movie break as well. I'm so happy for you," I hug him, half my body on top of him. "Yeah, thanks," I frown at him. It's evident now that something is wrong. Watching my face he sighs. His eyebrows and forehead looking stressed with his inward battle.

"I'm not sure if I wanna kiss a dude. Luca our director randomly called me and told me I got the part. A part that I didn't audition for. Of course, I said yes because this could be my big break you know. And I get to act alongside Silas Taylor but..."

"Your gonna be kissing Silas Taylor? OMG!!!" I cut him off jumping on my bed squealing with delight. One of my guilty pleasures is anything gay with two hot manly or should I say, normal guys. I can't wait to see this movie. I hope he lets me come to the premiere. I completely forget about my friend's plight "You know I met him, he's one of Remington's besties this is gonna be good..."

Damani grabs my feet from under me making me fall back down on my bed with a bounce. He climbs on top of me and holds my hands down to quiet my excited self and bring me back to earth. His viridescent eyes keeping me still. "You don't get it, Harlow. I'm scared I will mess this up. What if he doesn't like me or I him.? For this to work there has to be chemistry. We are two straight guys Harlow that have to make out and act in love,"

Understanding finally settled within me and he gets off from on top of me "Dani, the moment he sees you he's gonna like you. And I have met Silas he's pretty cool. You should be worried about your sexuality being shuttered cause he's a sexy man," I laugh moving his soft silky hair from his face. "Tell you what, if you do this movie and you come back confused. I will kiss you to help you figure out your shit," I joke but meaning what I say.

He smiles at me and I hug him. Most likely he and Silas will have chem. I mean how can they not. Their both sex on legs and their personalities should mash nicely. Damani is talented, gorgeous, and he speaks french. Silas is a movie star who is tall, dark, and strikingly handsome with his shiny blue eyes and bedroom voice. They will do fine and Damani just might turn gay. Or at least gay for Silas Taylor and vice versa. I chuckle at my far fetched thought.