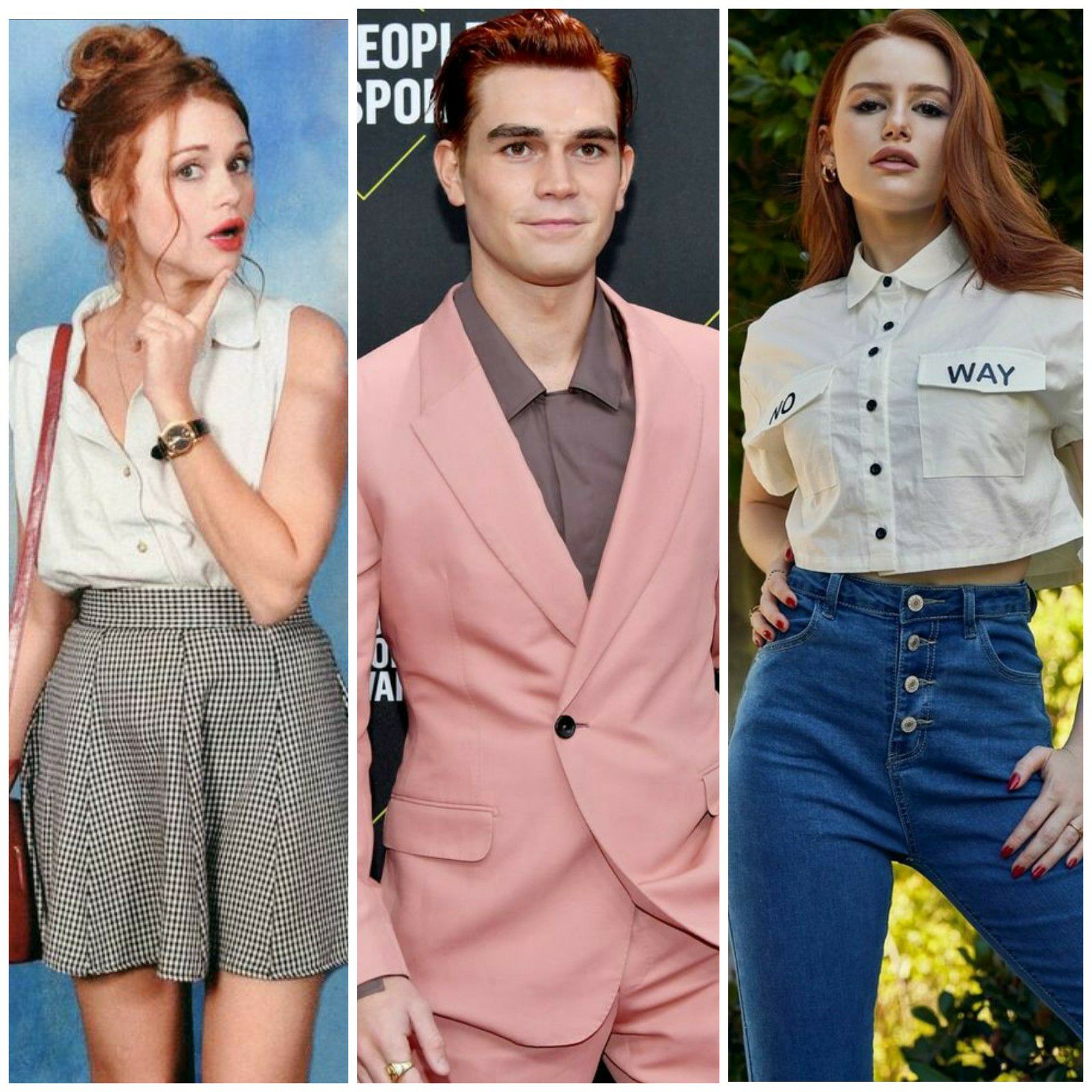 Tove Charlton, the first child of three. A beloved sister who mothers her siblings to death. She's twenty-eight, slim built with red hair. The Charlton signature mark. After dad got the job of protecting the president. A responsibility he was personally requested for and mom kind of fell off the map, Tove probably felt the need to parent us.

As a teenager being bossed around by your sibling who is only a few years older than you, can and will suck. When Huntley, Tove, and I figured out what we wanted to do with our lives we hired an agent named Evelyn Lawson. She has become like family to us, an aunt, we like to say.

Tove is famous for her fashion designs. Matter of fact she styles Huntley and me for every big event we have to go to. She's huge in the world of fabric and make-up. It's safe to say she's our designer. The name of her brand is Charlton. Yes, she made our last name into her brand name. Of course, she had to ask dad first.

She is the reason why Charlton's name is worth millions. That added to Huntley and my network has created this huge stigma attached to us. The three successful redheads of the industry. When we attend any event we move together, dominating a room. I would be lying if I said it doesn't feel good.

It's the reason why Huntley wants all three of us on his show. On the topic of my brother, he has fifteen million follows and counting on Instagram. His show, which he directs and stars in has on average three million views each episode. He also works as a stunt man. However, he hasn't done that in a while. No reason to honestly. I'm sure if he does well on my show when he guest stars he may just keep his toes in acting. From YouTube to having your Tv show is a hell of an achievement.

Huntley is six feet tall with red spiky hair, of course. He's twenty-three. Built like a footballer with a shy side. A risk-taker and a sucker for his sisters. He feels like it's his job to protect us. Great a pretend mother and a wanna be a protector. But im grateful for them both.

When I turned fifteen the three of us moved from our family home in Washington to LA. It had to be done because I was getting drained with the back and forth every time I had to film an episode for Riding Hood. Huntley and Tove needed the move as well to help ground their feet, so to speak, in the careers, they both were pursuing.

Me, I have done well for my young age. Not to toot my own horn but since starring in Riding Hood I have been in several movies. My goal is to get a contract with Marvel. Play the role of a superhero but we will see. For now, I want to cast in a huge blockbuster where I have to travel the world to promote it. I also aspire to take on a role where it challenges me to dig deep. To walk in someone else's shoes.

Being Serenity has helped me grow as an actress. She is more than just a teen who fights monsters with her friends. She goes through heartbreak and first love. The loss of a few loved ones along the way as well. She even had to deal with finding her sexuality then realizing that it doesn't matter which gender she loves.

I never, really, fell in love with anyone. And I never had to battle with my sexuality. I always knew I liked the male specimen. Strong muscles, tone biceps, and a handsome face. Big and tall. I am entranced by the way they look. Even if they are skinny, like my friend Damani for example, still a sight for soar eyes. I was never close to my mother so when she left it didn't have the impact it should have.

Presently, I am sucking on a cherry lollipop while I go over my lines in the living room. We didn't get the script of the entire season altogether. To avoid spoilers getting out the writers gave it out a few days before we started filming another episode. Yeah, the show is that big.

About an hour into my script reading Huntley and Valkyrie walk into the room. I immediately drop the script and run over to my bestie. She jumps into my arms and we spin around the room laughing and giggling. Val is my best friend of ten years. We first met on Broadway as kids in a play. 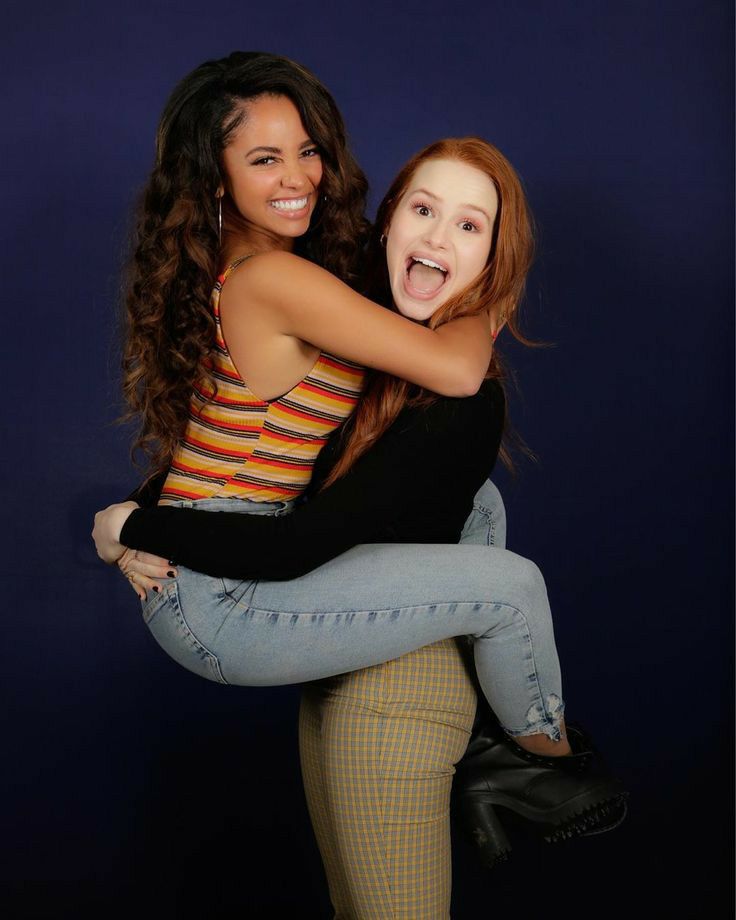 Valkyrie Justice is five feet, three with long brown hair with blonde highlights. She has brown smooth skin and dark brown eyes. She's gorgeous with a smile that will melt any guy's heart. Anywhere there is alcohol she's there. I never saw her drunk though, not once. And like Tove, she has a bossy bone in her body and a mouth too rude for her good. She also is an actress. A successful one at that.

"Oh my God I missed you the whole freaking week, please say your sleeping over," I plead. I had not seen her since last week because she had to fly out for a press conference in New York. She nods and I bounce beaming with delight for a much-needed girl chat. "Imma call, Cobie," I tell her pulling out my phone from my back pants pocket.

Dialing her number I put the phone to my ears waiting for her to answer. She picks up on the first ring. Before I could say 'Hey' Val takes the phone from my hand and I just shake my head. Rude. "Hey, bitch, I miss you come over by Harlow's, we're having a sleepover," bossy as I said. But I love her anyway.

Soon she's passing the phone back to me and walking over to the couch stripping herself of her leather jacket. Only Valkyrie could wear leather in LA's heat.

Out of nowhere, Huntley lifts me from my feet and heads upstairs, "Hunt, What The Fuck?" Val laughs and I pound on his back. Soon we are in front of Tove's office and my heart sinks. Shit, I forgot. He knocks on her door and she answers with a 'Come in'.

He finally sets me down in front of her desk. "Harlow has something to ask you," he gestures to Tove and then winks at me. Then he just leaves the room. Even though we had a deal I'm incredibly pissed. I hadn't rehearsed what I was going to say to persuade her into joining me on Huntley's dumbass show.

With Tove, it's like politics. You have to bring something valid to the table. Tell her what the opportunity can do for her and how it will improve our lives. I can see my tombstone now, death by thinking too much. I circle my thumb with my index finger as a sign of nervousness.

Tove rolls her eyes at my statue presents and tells me to have a seat. "What are you and Hunts up to? What do you want to ask me?" She's so proper and ladylike behind her desks. She should have been wearing glasses to complete her businesswoman look. Unfortunately, she has perfect vision.

Sitting up in my seat I manage to snatch my confidence out of very thin air. "Tove," I begin  "Harlow," she calls my name leveling me with her gaze. Her full attention on me now.

"Huntley came to me with a proposal that could and would definitely be a win for the Charlton siblings," she beckons me to continue and I do " Hunt wants us to guest star on his show Huntley. He promises that it won't be anything dangerous. I think it will be great for all of us to be on one show together. Imagine the press behind it. It will do his show good and also possibly boost our followers on social media. You can also promote your brand on the show."

Tove nods and then smiles "What did you get for coming to tell me?" She says "I would have said yes if he came and asked me himself," Tove chuckles and I completely relax.

"You'll do it?" I ask brightly bouncing on my feet as though I'm on a sugar rush. "Yes I will, I just want to know what you got," she full-on laughs now.

"He has to do whatever I want for the next year plus guest star on Riding Hood," I laugh. She leans forward in her chair to fist bump me and then claps. "Nice Harlow," she compliments.

Okay, so Tove isn't that horrible. She just acts that way so that we can get what we want from Huntley. Evil I know, but it's what siblings do. Don't get me wrong she is still like a sour sweetie but the ones you love. Like skittles.

Getting up to leave she stops me "Hey, Evelyn wants to talk to you. Something about a movie opportunity," I nod in acknowledgment, thank her then leave.