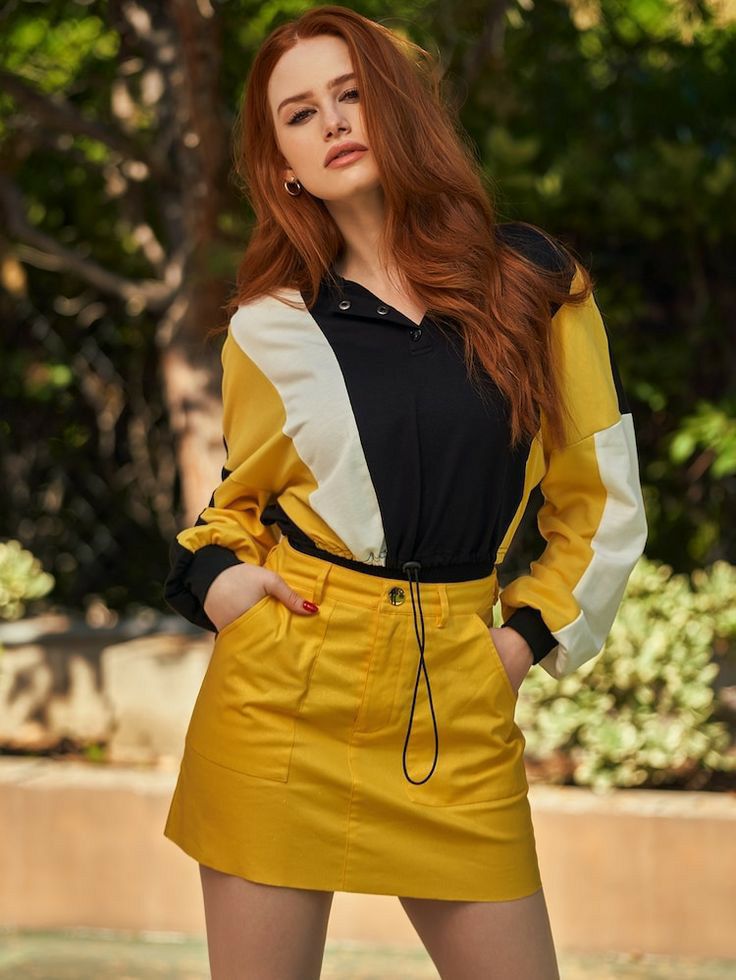 "We can't do this," I whisper and he shakes his head closing his eyes as he leans his forehead against mine. His hand comes up to caress my face and I breathe in his sweet cologne. "I love you, I have loved you for so long," he confesses and we break apart so that I could look into his eyes. Emotion swirls behind his beautiful irises as he stares into my very chocolate ones.

He slowly leans in and presses his soft lips against mine. They lock in a smothering hold as we both revel in each other. His fingers burn against my skin as the digits crawl up my thighs to come at a halt at my waist. I pull him flush against my body deepening our kiss. Our tongues dart out at the same time colliding in a poetic dance to the music of our lips.

His hands glide up and down my body bringing me on top of his lap. "Fuck..."Raining down kisses on my neck, he begins sucking at my skin making the veins stand at his abuse. Letting out an exhale he consumes my breath again connecting our lips once more. His hair is thick and to his shoulders and I fulfill my urge to feel the texture under the palm of my hands.

"I love you too," I mumble too weak to speak coherently. The moment his hardness touches my core through my clothes I lose all self-control and so does he. Lifting me, my legs automatically wrap around him. I suck on his neck as he walks us over to my bed. Laying me down on the comfortable surface, he remains between my legs. Looking at each other, I take his hand place it on my breast and he squeezes causing me to let out an audible moan.

"AND CUT, that's a wrap on season 5 guys. Great Job!" Bryan our director exclaim. There are cheers and rejoicing all around and I feel complete.

Damani and I get up from the bed hugging each other on a great scene. Our characters are finally getting to be together after two seasons of them drawing closer. The long time fans and frequent viewers are going to go bat shit insane for Serenity and Duke's romance. Ending the fifth season like that is what I call torture. The anticipation for season six is going to be enormous.

Dani kisses my cheek and I grin at him as he spins me around the room in good cheer and excitement. Letting me down I hug him again and the rest of the cast joins in a huge crowd hug. "I love you guys," "Best season yet," "We're gonna win so many awards," is what is sounded out in the hug. In the end, this job is worth it.

Entertaining people, taking them from their sometimes stressful shitty lives, and transporting them into another universe where they forget for a few minutes, is worthwhile. I love movies for that exact reason. Growing up wasn't the best especially with what was going on between my mom and dad. Movies and Tv series along with books plucked my consciousness out of the situation for a while.

I have watched all the horror classics and there were many a time when I would get up early morning and watch a movie. Staying up late at night till the sun came up watching a series, episode after episode until the season was complete. Shameless, The Walking Dead, Game Of Thrones, The 100, Shadow Hunters, Teen Wolf, and Peaky Blinders. These are just a few of the shows that I lived for. Every episode was greatly anticipated. Waiting on each season on bated breath. Going to the cinema to watch what will become some of my favorite movies. Some of which I have read as books like Hunger Games and It.

I so desperately wanted to be what I saw on the screen that I decided to pursue my deepest desire. Being apart of Riding Hood has fulfilled that wish. And now I'm going to be in a movie with fucking Remington Priestley. Not only that but I play his love interest. A fucking dream come true. And Decrescent is just the start of my movie career. I want to be in both movies and series.

"Gather Around!" Our group hug is broken up by the show's creator. The entire crew gathered around her and she begins speaking thanking us for a great job. And that she looks forward to in season six. "Before I close I want Harlow Charlton to come up here...," Avril says calling attention to me. I make way through the little crowd and come to a standstill next to her. We hug and she pecks me, both cheeks. "Harlow here has snagged the lead in a huge upcoming movie, Lycan Decrescent," I blush as another set of hollering and celebration erupts into the air. Soon im once again off my feet and being twirled around the set.

I have just entered the door of the Charlton home and I smirk when I smell the mouth-watering aroma of baking cookies. Dropping my bag to the floor I follow it like a drooling puppy towards its mother's milk. Evelyn and Tove are in the kitchen buzzing around cooking. Funny, all I smelled was the cookies.

Taking a seat on one of the counter stools, the smell of the scrumptious cookies encircle my entire being now, I question them, "What's with all the fuss?" I startle them and they both turn with a shocked expression.

"Damn Low you scared me," Tove holds her chest, and I see the back of my eye sockets. "We are having a small get together to celebrate your new role and Huntley's show breaking a new record. He's gonna be in the Guinness world's record," Evelyn tells me her blonde hair in a messy bun that is slowly coming down from on top of her head.

Tove is the only celebrity I know that still cooks for herself unless they are chief or something. She passes me a Caramel Ribbon Crunch from Starbucks. Buttery caramel syrup blended with coffee, milk, and ice topped with a layer of dark sweet sauce whipped cream, caramel drizzle, and a crunchy caramel sugar topping. My favorite. "How you haven't died or had rotten teeth from the amount of sugar you put into your body is beyond me. Not one ounce of fat either, Lucky Bitch," I ignore the genuine wonder in her eyes and sip my caramel goodness. "Thanks, Tove," she brushes off my manners and I continue sipping.

The answer to her wonderment is simple; exercise, youth, and regular check-ups by the dentist. I know the age limit where I will have to cut down my sugar intake drastically and it's not now. Why strictly diet and stave depriving myself of all these delicious treats that have been gifted to mankind. Then grow old only knowing the taste of lettuce, water, and black coffee. By then it being too late to even think about eating a simple sweetie for fear of having a heart attack.

I will maintain my vigorous exercise and regular check-ups. Balancing my diet with fruits, vegetables, and sugar. Sugar Salting my way through life.

Three hours later and the house is bustling with people. Small is another word for about a hundred and some people. The Huntley crew is here and so are some of mine. Some of which come up to congratulate me. I go up to my brother hugging him and he kisses my head and tells me that he's so proud of my accomplishment and I do the same. "You made freaking history Hunts," I gleefully tell the spikey redhead. 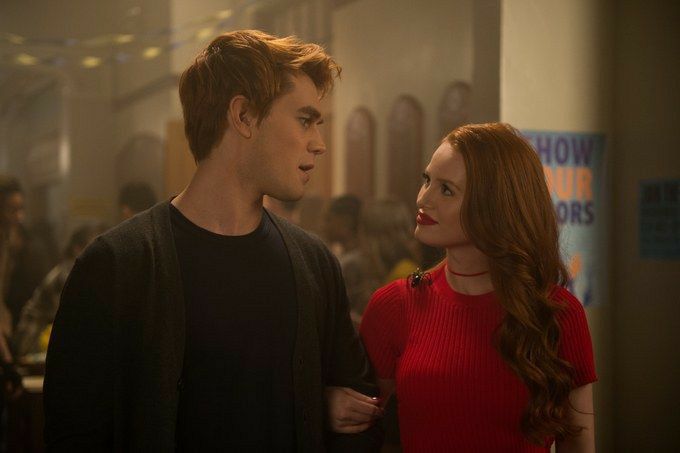 Valkyrie comes from behind him, jumping on his back, she kisses his cheek. He cranes his neck to see her and a bright smile erupts onto his face. Cobie hugs him after Val gets off his back. Val greets me with a peck on my lips and Cobie does the same coming to the other side of me. "Our girl is gonna be a star," They both say, and the room whistles and claps.

It's the day after and I'm dragged to the interviewing of possible candidates for a second or even a third agent. Evelyn is having a hard time keeping up with all three of us. As we grow more in our profession the busier we become and so she has been stretching herself too thin. The four of us sit listening to each person who comes in telling us why they suit the job with their qualifications. Almost the entire time I am on my phone.

Most of them are boring. One particular lady caught my attention though. She had a motherly nature to her like Evelyn and I make a mental note of her name. Most likely Evelyn will be with me wherever I'm shooting the movie so she wanted to be sure that my siblings were in good hands. Another reason why I'm not sure why I'm here.

Another girl walks into the room and the way she spoke had me looking up from my phone and watching her peculiarly. It's like I knew her from somewhere but I didn't know where. "Do I know you?" I ask stopping her from finishing her sentence. Tove tries to shush me but "Shish Tove," I silent her looking at the girl.

"I-I...no," she squeaks and I furrow my eyebrows at her. Then it snapped. Realization hitting my face. She's my stalker. "You're the girl who always wants an autograph or something of mine," I get up walking up to her face. Huntley stands ready for anything. "I'm sorry but you have me mistaken," the girl backs away and flees the room.

"Was it, actually a girl you knew?" concern written on their faces. Huntley sits back down as they all stare at me for the answer. "No, but that was fun, wasn't it?" I give a jovial laugh and head back to my seat where we continue with the interviews. The others giving me dirty looks. Except for Hunts who high fives me "Wicked,"

"Don't encourage her Huntley," Tove scolds and we both laugh.