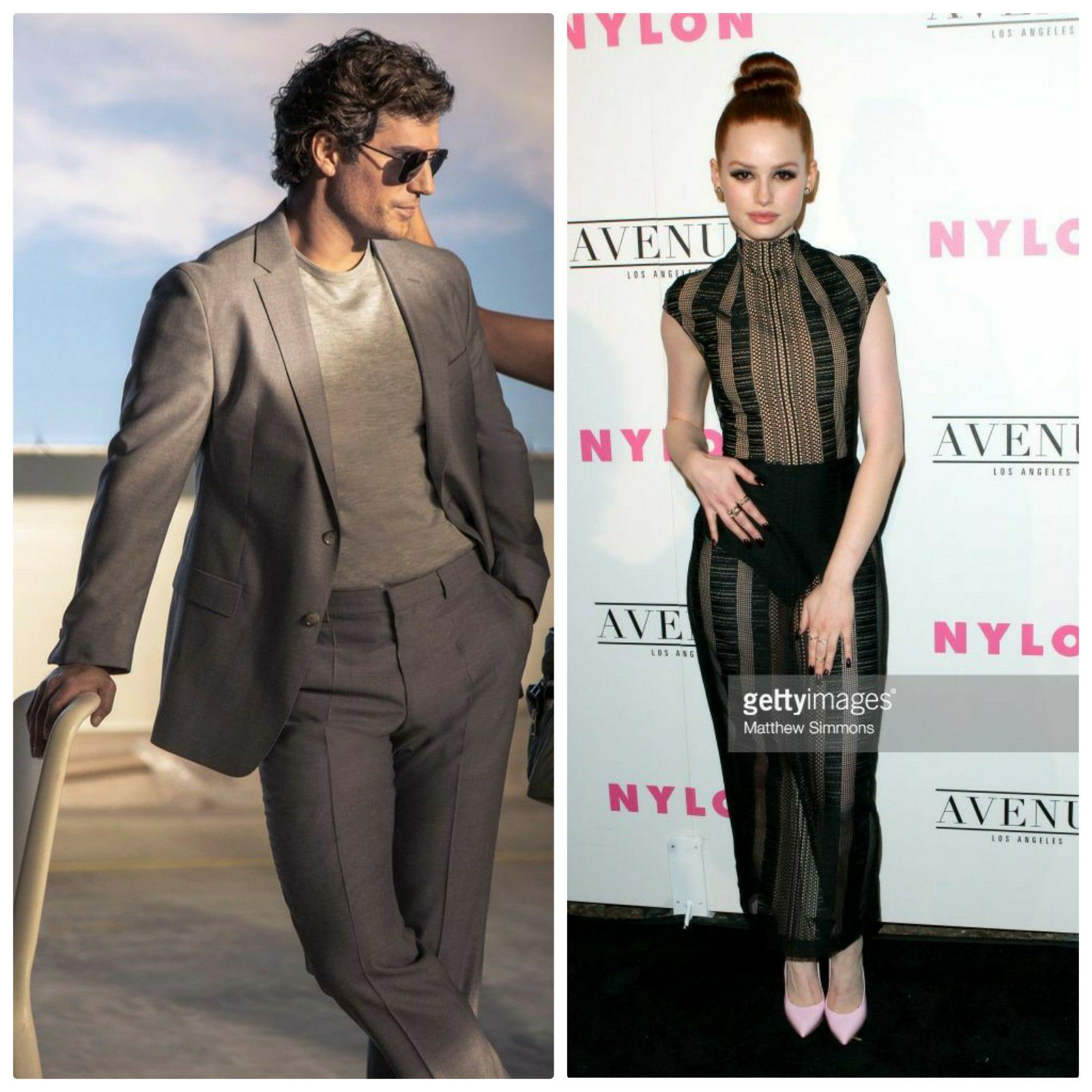 Finding out that Mckenzie is going to be in the movie as well came as a complete surprise. He doesn't do movies. Thinks it's too final. Once a movie is over then that's it. He prefers series. Heck, I say do both if you can balance the schedule. Becoming the Witcher is the best decision I made since being a Superhero.

McKenzie is one of those people you love to hate. Don't mistake me, I love my brother and would die for him but the guy is a wanker. He's too pretty for his, own good. I fear he's going to get aids or some other life threaten sexually transmitted disease. His dick just may fall off. I chuckle at the thought as I observe him as he takes a glass of rum to his lips. A girl stationed in his lap.

This morning I was awoken by the banging of my apartment door. J squared found a nice place for me in LA while im here to prepare for my role. Training for the fighting scenes started a week ago. Anyway, when I opened my door a half-drunk McKenzie waltzes in through with a model sized girl hooked on his arm. Said he was out celebrating. He's too old to be behaving so childish.

"You do know that we have an event to attend..." I glance at the clock on the wall "...in about three hours right?" Raising an eyebrow at him and the girl as she plays scribble on his chest. He slowly nods and I know im going to be stuck babysitting him trying to get him sober. He could have stayed back in London. How he even managed to keep his career stable and his name out of trouble is fascinating to me.

Striding over to him I take the glass of rum away from his reach. Calling an Uber for the girl I take her off of his lap and walk her down to the car. Along the way, she tells me how much she's in love with me and that I should call her some time. I grunt at the distasteful girl and place her in the car telling the driver to go anywhere she wants to go. Giving him a hundred bucks. A huge smile spends on the guy's face in appreciation and I nod my head to him. "Cheers chap," I thank the man.

Closing the door to my apartment, I get cracking on making McKenzie presentable. I slap his face a little to wake him "Did you come with Jesse? Is Jesse in LA Ken?" Jesse is his agent who probably is fed up with his bullshit. However, that's what he's paid for. McKenzie mumbles a 'Yes' and I take his phone to dial his number. I am not gonna do this by myself.

"You better not puke on my fucking carpet Ken," I tell the brute as I listen to the phone ringing waiting for an answer. He grabs a bin and empties his insides in it. Jesse answers and I thank god that he did. "McKenzie, what do you want now?" He sounds tired and stressed. He should just quit. "Hey, Jess it's Remy, sorry to disturb your morning but I need your help," I tell the guy and a heavy sigh comes through from the other end of the phone.

Twenty minutes later the both of us are wondering what to do with the half-asleep drunk Ken doll on my carpet. "Do you have tablets for headaches? " I answer with a nod. "Well let's get his big arse up and in the bathroom under some cold water," I tell Jesse shaking my head at Ken.

I take his upper body and Jesse takes his legs. Together we carry him into the spacious bathroom putting him into the shower. Before I could get out Jesse turns on the water and its fucking freezing. "Fuck!" I shout and Ken stirs in my arms. I slap him a few times and he becomes fully awake. "ARE YOU TRYING TO KILL ME!!??" He screams. "The thought crossed our minds," I say, Jesse laughs and I smirk.

I let my arms go from under Ken and he falls to the floor heavy by then he's cursing up a storm. Exiting out of the shower, I'm soaked head to toes. Discarding the drenched clothing I leave the bathroom saying a few words over my shoulder to Jesse, "Make sure that bafoon is ready in an hour," and he does what I say because not long after Mckenzie's suit is coming through the door.

Emerging from my bedroom, I'm fully dressed. The suit I'm wearing is dark grey, with a white sweater, and black shoes. Jenny picked out my outfit. She said something about it being new on The Charlton Brand. I didn't care, once it fits good and I didn't look like a complete dimwit.

The event is for the movie to build hype and for people to get a first look at the cast. The book has a lot of fans most of which are female of course. It's about werewolves and hunters. Amazingly though teens aren't the objective audience Zack is going for. He wants it to be an awesome drama, an action-packed movie with a douse of hot romance. Which I think is brilliant, making it a teen movie is making another Twilight. Never saw it, heard it sucked. My niece loves it though.

The door to the guest bedroom opens and a clean-shaven Ken walks out. His cyan eyes no longer dark but are now fully awake and shining. He's wearing a suit that's similar to mine, however, it's bronze in colour. "You clean up nice brother. It's like you were never drunk spilling yah guts in my bin," sarcasm dripping from my lips.

"Fuck you, bro," he says and I bow my head shaking it with a grin. "Can we just get this over with," he states putting on his sunglasses.

We arrive at our destination which is a street with a red carpet on it. The sun is high in the sky and the temperature is thankfully not humid. Not too far off is a hall where will have the after-party. Immediately the sound of clinking cameras is turned in our direction. The crowd goes wild and I wave at all the people that are behind the barricades.

My brother and I are placed on the part that is meant for taking pictures. We smile and pose. Then I take Singular pictures by myself. After which I do a few interviews with the reporters that are covering the event. Soon the crowd goes wild again when a limo pulls up, stepping out of the dark blue vehicle is Harlow Charlton and who I believe is Damani Keene. She looks beautiful and I smile to myself as I see her. Her long red hair cascading in waves around her. Her black and nude dress clings to her body emphasizing her curves. She looks, absolutely breathtaking. I'm so happy I'm getting to work with her.

"Hey man," a hand clasps on my shoulder, and a voice grabs my attention. Jude is behind me with a huge smile on his face "I didn't know you were in this movie too," Im thrilled to see him and we do a bro hug. That's why this whole event had to be done not just for the media but for the cast as well. So many people are cast in the movie that it's impossible to see everyone while doing the contracts.

"I'm so glad to see you chap," I say smiling for the cameras as we stand together. "I hear we're going to Brazil to shoot the movie," Jude speculates, and I nod my head confirming his statement. Brazil has a warm climate and it's full of forest areas perfect for what the movie was about. "Yeah and in Australia then we're finishing in Canada," I tell him. Jude raises his eyebrows in surprise. 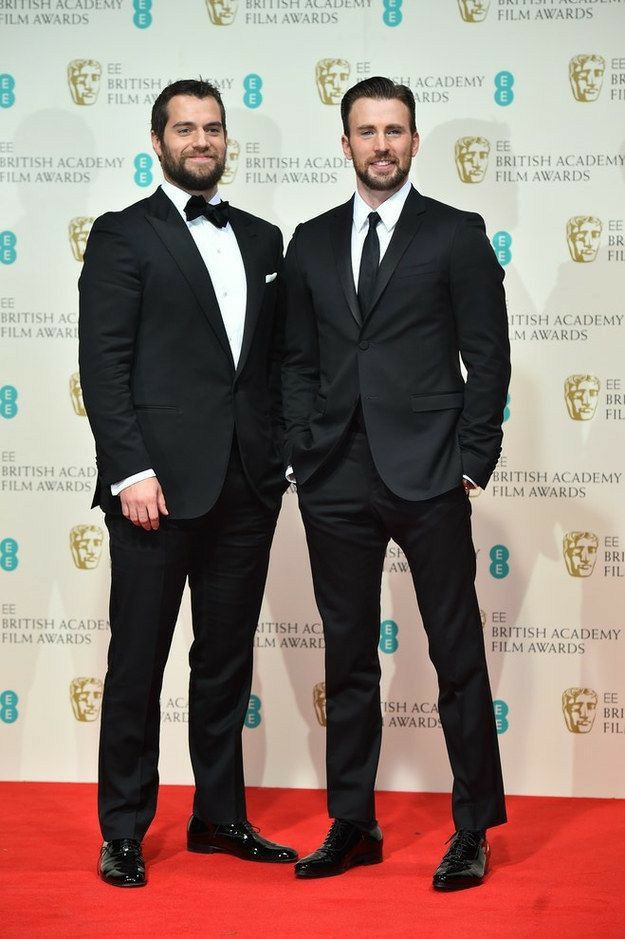 "REMY AND HARLOW!!!" The crowd starts chanting for us to take a picture together. The young beauty and I make eye contact and her cheeks turn a hue of pink. Striding up to her, I greet her with a warm smile. "Can we take a picture together?" I ask the cherry girl, extending my forearm to her. She takes it and I guide us to the spot with all the cameras.

We pose together and I glide my hand down her back stopping at her waist bringing her closer to me. She twists her front to face me more and her hand drops just above my arse. Looking down at her she feels small pressed against me. As though if I squeeze her too tight I may just break her. Even though she is in heels I can see the top of her head and I smirk down at her while the cameras are flashing in the background.

"I can't wait to get to know you better. I just know you as Serenity," she alone hears me and she looks up at me smiling "Me too, Superman," I chuckle at her words nodding my head in agreement.