A M A N D A would love your feedback! Got a few minutes to write a review?
Write a Review

By six a.m I completely give up on sleeping. I caught a few short hours before it became impossible to stop thinking. I sigh, laying there and staring up at the ceiling before deciding to get up.

I walk over to bathroom, turning on the shower to near boiling temperatures before stepping in. I stand under the stream of water letting it stream over my tense muscles. I take a deep breath and push the hair from my forehead as I step back slightly from the cascade of water and wash up.

Once I’m dry, with my teeth brushed I stand in front of my closet. I can barely keep my eyes open and it doesn’t help that my head feels like it weighs about two hundred pounds. My mind is still swimming from the bombshell that Isaac dropped on me last night. I don’t know why I feel so protective over this girl, or so enthralled by her but there is some kind of gravitational pull that I feel towards her and I’m not going to sit here and deny it.

I sit at my computer desk for over an hour, checking emails and scrolling through Facebook. I find myself on Isaac’s page, scrolling through his friend list. I type her first name into the search bar. Three Charlies pop up, but she’s the only girl on the list and my heart starts to flutter. I click on her profile and then hover my mouse over her profile picture before clicking. Her beautiful face fills my screen. It’s a candid shot, taken from a few feet away. She’s sitting on a brick wall, somewhere- maybe her high school? Her body is angled away from the camera, facing the right and whoever took the picture got the most stunning shot of her laughing. My heart swells as I study the picture. She looks so happy, completely different in contrast to the night I saw her for the first time.

I scroll through, one by one. There’s pictures of her and her friends, selfies, some more candid shots and then I scroll past one that makes my blood boil. She’s standing next to the douche bag who had the balls to lay his hands on her. My jaw clenches as I hover over the picture, seeing if it’s tagged. When his name pops up, I click so fast and am brought to his profile. Gavin Davis. His profile reads single and his picture is a group photo with three equally douchey looking guys. Disgusted, I press the back button on the web browser and scroll through her page some more, even though I almost find myself creepy for doing so.

By nine a.m I’m pacing around my room. Is it too early to call him? I hold my phone, passing it back and fourth between my hands before I sit on the edge of my bed and pull up my contact list. I scroll down to Isaac’s name and before I can second guess myself, I press his number and hold the phone up to my ear. It rings three times before he answers.

I can tell the events of last night are still weighing heavy on him because in the few years I’ve known him he’s never been this short with me. “Listen, man. I got your text last night. What can I do?”

I hear him sigh on the other end. “I don’t know. I really want to hunt this son of a bitch down and give him what he deserves, but I also don’t want to end up in jail. Tanner, she’s such a good person and this all feels like a nightmare. I never in a million years could have imagined something like this happening to her. She’s like my sister, man and it’s driving me crazy that this bastard is getting away with barely a slap on the wrist.”

My blood runs cold. “A slap on the wrist? What the fuck does that mean?” I feel my voice rise and have to tell myself to tone it down.

“His family is rich or some shit, so they probably bought his freedom. Fucking asshole only got six months of community service and a restraining order against him. Everyone and their fucking mom knows that restraining orders never work.” I’ve never witnessed Isaac so angry before. It’s like he’s morphed into a completely different person.

“I know...” I say even though I don’t. My heart is breaking for this girl, for all that she must be worrying about.

“And she’s going off to school in a few days. I’m scared for her. Me and Lydia won’t be there with her and she’s almost two hours away.” I can tell how much he loves her just by how worried he is.

“That’s right, isn’t she coming to U of A?” I ask, hearing a quick “mhm” on the other line. “Well, maybe I could... I don’t know, I guess keep an eye on her? I’m not going to lie to you, man but I haven’t been able to stop thinking about that night. You know me and respecting women. I wanted to kill him then and there, and I wouldn’t mind being able to give you some peace of mind.” I offer, waiting anxiously for his response. I replay the words I spoke over and over hoping I didn’t come off too eager.

I can almost hear a little bit of the stress roll off of Isaac’s shoulders as he lets out a long sigh. “You’d really do that? I don’t want you to have to feel like you’re babysitting.”

I laugh off his comment. “Stop. Of course I don’t mind. I don’t think it will be like babysitting, more like making sure a pretty girl stays out of danger’s way.” I almost regret calling her pretty, but decide to not think too far into it.

Isaac doesn’t seem to notice my term of endearment- “Thank you man, it mean a lot to me.”

We stay on the phone for a few more minutes catching up. He fills me in on some more of the details from the previous night- stirring an anger in me that I didn’t know existed. Once we hung up I flopped back down in bed, the lack of sleep the night before finally weighing me down as my eyes fluttered closed. I didn’t sleep long, only a few hours but the entire time I dream about Charlie. 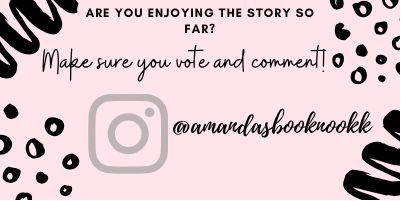