ebony_erotiks would love your feedback! Got a few minutes to write a review?
Write a Review

Hayden was in the horse stall, grooming one of the family horses. He smiled up at the auburn stallion,“I see ya haven’t changed bit, Ronnie.“, the horse rewarded him with cry, nuzzling into his open hand.

“I know, I’ve missed you too, but I’m gonna need you ta play nice with Miss Genevieve, okay?“, Hayden heard the rustle of gravel and dirt signaling Gigi’s arrival. ‘Only 45 minutes late.’

He turned around and looked her up and down, Gigi didn’t notice the double take at all,“You’re not gonna be able ta ride shit in that”, he said, shaking his head side to side.

Gigi frowned at his statement, looking down,“What’s wrong with it?“, she asked innocently, turning around in a small circle,“Wanted to try out that ‘ole country lifestyle’ you been tell me about.” 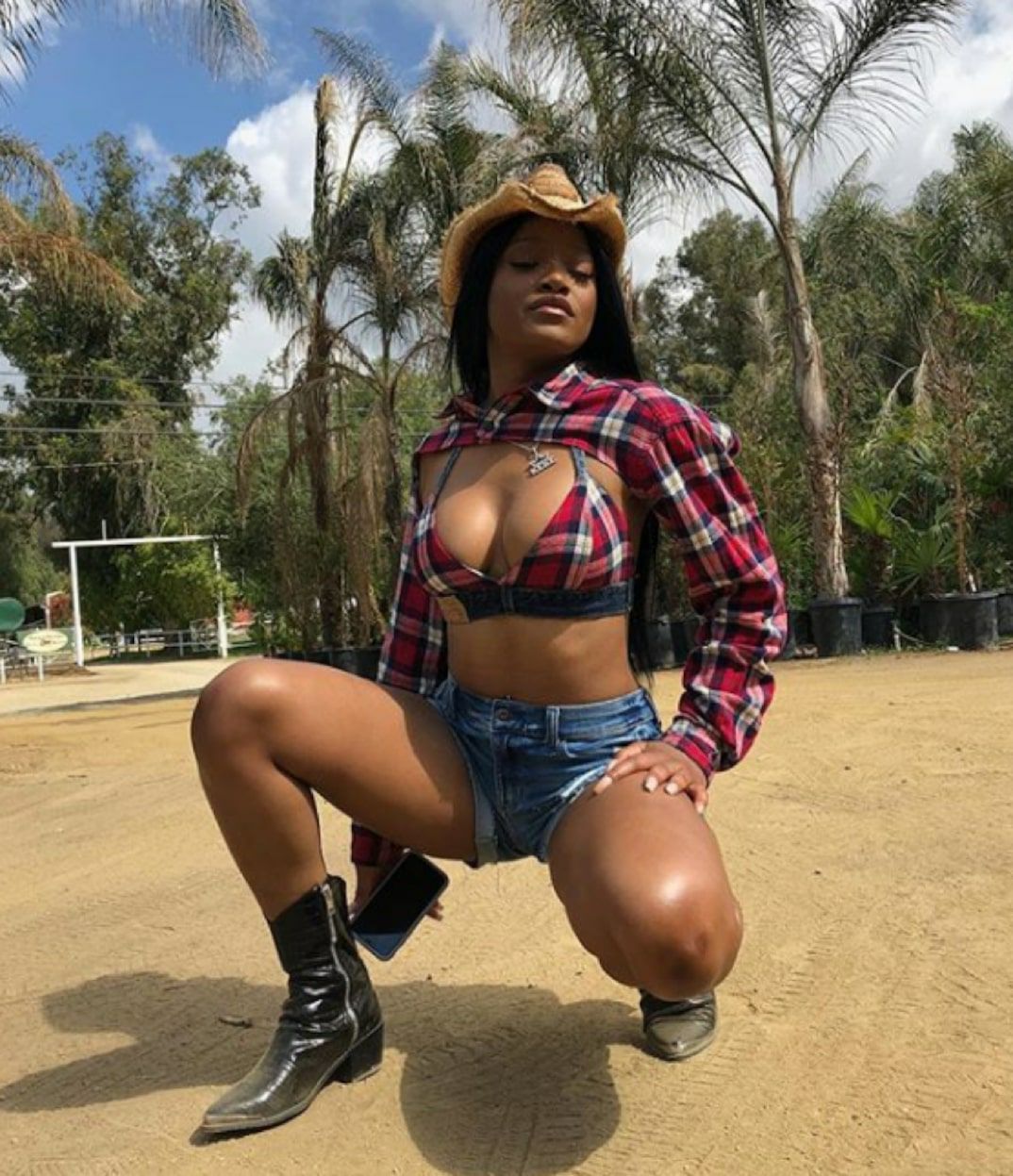 She made sure to arch her back, allowing him a great view of her ass in her shorts -or lack there of. Hayden bit his lip, taking in the sight before him. ‘I got somethin’ even better for ya ta ride’

“I- I said”, the blonde panicked, clearing his throat,“it’s time for you to ride...the horse, I mean.”

Gigi smiled, obviously catching his slip up,“Okay, let’s do it”, she moved passed him, swaying her hips before stopping. She looked up at the stud, and grabbed a hold of the harness and jumped only to land on the ground. Gigi once again, struggled to swing her leg up, grumbling to herself as she repeatedly failed to get atop the horse. “Stupid ass horse”, she muttered quietly,“Nobody asked you to be so bi-“, she squealed when she felt large hands on her waist.

“Let me help ya, lil’ lady”, Gigi couldn’t help the whimper that escaped her as he manhandled her to straddled the large beast. “Uh thanks”, she muttered, slightly embarrassed by her reaction. Hayden nodded kindly, guiding them out of the stable.

They stopped infront of a dirt trail a few yards away and he undid Ronnie’s harness,“Scoot up a bit, so I have some room.”

Gigi was stunned by the seemingly double meaning of this words. Thankfully, this time she was able to form a response,“Are both of us gonna fit?“, she asked even as she leaned forward to make space for his larger body. Hayden jumped up with ease, chest smashed against her back,“Ronnie’s a big boy, like his papa, right boy?”

His warm breath caused the hairs on the back of her neck to rise. Gigi definitely could tell he was a big boy; she could feel everything in this position. She was basically in his lap, not that she minded. ‘If I’d known it would be like this, I’d have asked him about riding ages ago’ She enjoyed the feel of his larger body against her, feeling every contour of muscles through his thin t-shirt.

Gigi snapped out of her daze at his instruction, looking in front of her at the pointed hand. ‘This must be it.’ She held onto it,“O- okay”, she cursed mentally at her stutter. She flinched as his arms went around her middle and over hers on the leather joint. He was so close to touching her puss-

“Alright let’s do this!“, Hayden exclaimed loudly, pulling her from her filthy thoughts again. Before Gigi knew what was happening, he’d dug his heels into the horses sides,“Yee-haw!”

Gigi shrieked when they suddenly struck out.