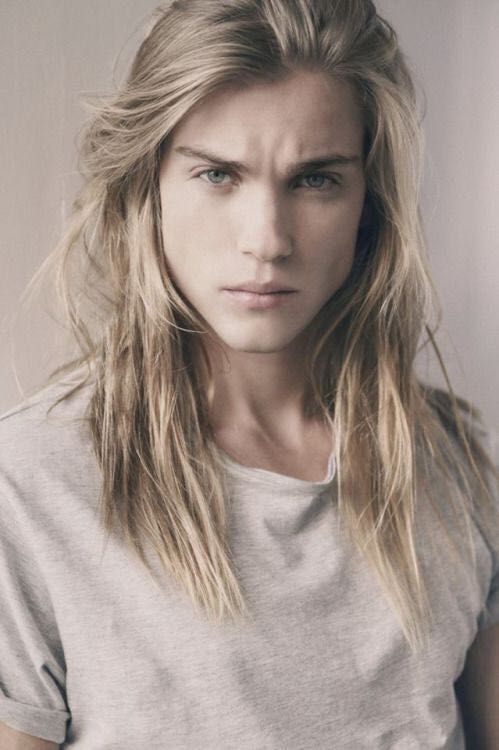 “Your coronation is in two days are you excited?” My mother asks as she plates my food with a vegetarian breakfast.
Yes I’m a vegetarian werewolf, I know laugh it up. I just don’t enjoy the animalistic act of tearing apart our meal limb by limb like the rest of my pack. It was messy and after seeing it a few hundred times, it became impossible to eat even cooked meat.

“I would be if I wasn’t sharing it with that imbecile.” I mutter pouring myself a cup of orange juice.

“You need to end this petty feud with Aiden.” She says with a sigh.

“It’s not a petty feud.” I retort feeling my usually dormant anger rising. “He tormented me for years. He cut off my hair!”

“It grew back!” She shouts back with a smirk playing on her thin lips, “it may have taken a while, but it grew back. And don’t you dare pull the torment card, you got him back for that in middle school.”

“I still want to see his head on a plank.” I growl, my wolf howling in agreement. She lets out a breath of obvious exhaustion before making her way over to me.

“Julian you are my only son and soon to be the alpha of our pack. You deserve it in more ways than one and I know you will be one of the greatest alphas this pack has ever seen with that brain of yours. Don’t let your hatred for that boy lead to your demise.” She says kissing my forehead. “You know how badly your father wants to see you become alpha as well as his best friend’s son, so just endure it please.”

“I’ll try.” I mutter making her smile widely. “I’ll see you at the hall later.” I say as a grab my bag and keys. Throwing my stuff in the passenger seat, I slide into my car before pulling out the driveway of our pack house. My school wasn’t far so I didn’t bother to put on any music as I pulled onto the highway, my mind running rampant with the million and one ways this coronation could end disastrously.

There is only one person on this planet that I hate and that is the incompetent, idiot known as Aiden Calderon.

The guy is a walking disaster that will most likely start World War 3. He never thinks before he acts, he just does whatever he feels like doing in the moment. If he felt like attacking a rogue pack which had done him no wrong, he would, if he felt like killing someone who threatened him he would and if he felt like streaking the town butt naked he would.
I’ve literally known the boy since birth, we were born on the same day at the same time thanks to the brilliant planning of our parents. Our fathers were best friends, the type that would do just about everything together. They wanted Aiden and I to be best friends it was their dream, so they put us together in almost every situation they could, but that was just disastrous in the end. For the first eight years of my life, Aiden made my life a living hell. The constant beatings and devilish pranks molded me into a timid, pushover and that’s how I remained until he cut off my hair, all of it. It snapped something in me that day and the tables were turned. I had my fun for an equal eight years until we were finally equals who couldn’t overpower the other. So now we lived in quite mutual hatred with less violent acts.

I knew it killed my dad to see us this way but I couldn’t help it, the boy brought out a rage in me that no one else could. So when they announced a joint coronation I was more than livid, the day I was to become alpha and meet my mate would be tarnished with the presence of that dimwit.
The thought alone brought a thick bile up my throat that was hard to swallow.

I parked my car in an empty space in the back taking a few minutes to sit down and calm myself.
I don’t know whose brilliant idea it was to have one high school in our entire town but I wasn’t pleased. I had to see his wretched face every single day and his childish antics constantly disturbed my studies.

That’s enough. No more of that boy.

I stepped out my car with my bag, locking it behind me as I walked towards the stone building. I didn’t really have friends, it was hard to form connections with my unknown shyness, there were only two who somehow managed to slither their way into my life.

“Fix your face Julian, you look like you’re constipated.” Beckett says as he slings his arm around my shoulder. I’ve removed it too many times in the past to know that it always finds it’s way back there, so I just left it.

“Must you be so loud in the morning.” I say with a neutral tone.

“Must you be so depressing.” He retorts as we stop at our lockers. “Are you excited for the coronation?”

“Seriously Beck, you gotta stop watching rerun episodes of How I Met Your Mother.” Isabel says as she props her head on Beckett’s shoulder.

“Never.” He says shutting his locker as I do the same. “We were just talking about the coronation, how do you feel to become the leader of the Selsas?”

“I’d be lying if I said I’m not pissing my pants at the thought of being the leader of all the defensive parties.” She says as we walk together.

“You’ll be fine.” I say reassuringly as I stop outside my classroom door, I had astronomy while they had woodwork.
Entering my class I made my way to the usual middle seat as I took out my books and stationary. Astronomy was my favorite class, I liked the idea of studying the things so beautiful but yet so far away, I loved the stars in the sky and every single planet. They were all so different and unique and breathtakingly gorgeous.
The class passed in a flash and before I knew it the projector was down and we were know longer looking at new found planets. I sigh as I packed my bags and headed to my next class.

“This vegetarian madness has gone on long enough, you’re a werewolf for crying out loud. You need meat!” Isabel protests as I eat my soup slowly.

“I can still take anyone of you down in a fight, I don’t need meat.” I say finishing up the last spoonfuls before shoving it aside.

“Whatever, can you do this for me? It’s due next period.” Beckett says handing me a handful of papers, glancing through it I see it’s the math assignment we were given two months ago.

“You haven’t done one.” I say looking up with narrow eyes.

“I get busy.” He protests eating a KitKat.

“Jerking off and playing video games is not being busy.” Isabel shoots making Beckett stick out his tongue.
I let the two fight as I swiftly do his assignment, Beckett was simply not an education kind of guy. It was clear he wasn’t meant to sit behind a desk, he was meant to roam and explore so I did what I could to take the load off his back.

“Here, I answered a lot wrong on purpose so you could get a believable sixty three percent.” I say handing it to him.

“I love you so much, true friendship right here.” He says leaning over the table to hug me, I let my arms hang at my sides as I soaked in the rare feeling of being hugged. He pulled away just as quickly as he hugged me, I got up and left making sure to hide my disappointment.

It’s not that I loved Beckett, I wasn’t even gay. I just loved affection. I wanted to be loved and hugged like that all the time, I wanted someone to care for me and look after me, the way I would them.
That’s why I was ecstatic to find my mate, someone who would do just that.

“What are you daydreaming about Jewels?” The vomit inducing voice brought me back to reality as my eyes found Aiden’s. He was wearing his usual shades that looked utterly ridiculous because he was indoors and had on that annoying smirk that made me want to gouge my own eyeballs out.

“How many times do I have to tell you to stop calling me that?” I growl in anger, that stupid nickname was a trigger to my emotions, well one in particular, rage. “Is it that hard to understand with the limited number of brain cells you possess?”

“Who snuck a bunny into your breakfast this morning?” He says feigning concern. “Or are all those vegetables finally getting to you?”

“Or what? You going to force me to eat my carrots, it still astonishes me that you are going to be an alpha.” He says challengingly, he knew quiet well how an alpha felt when their position was being questioned or threatened.

“I’ll be an excellent alpha, I simply choose not to go around killing like a wild mutt.” I spit making his eyes glow at the mention of mutt.

“You want to say that again?” He threatens stepping closer to me.

“You didn’t hear me the first time or you just couldn’t understand? I know how hard it is for you to comprehend basic sentences.” I retort smiling, finding pleasure in the waves of anger he emitted.

“Because of our fathers I won’t tear you limb from limb, but when we’re alphas it’s every man for himself. You won’t have daddy to protect you, I’d watch your back if I were you.” He says before walking away leaving me steaming in anger. That little twat just threatened me, twice, I pray to the goddess I don’t rip his head off at the coronation.

I pity the poor soul to be mated to that boy.

Please make sure to vote, that really does help a lot. Also, the thanks for reading, I appreciate it.

Oh! You gotta watch Everything, Everything. It was really nice, I didn’t like the ending though, tell me your thoughts.

Okay, that’s it.
Until next time,
Byeeeeeeee humansssssss