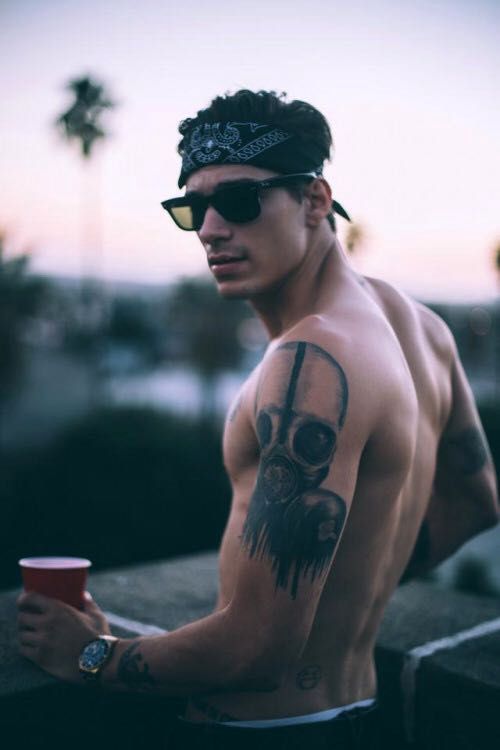 That smart mouth little piece of shit was really starting to piss my off.

I hated a lot of people that have managed to cross my path and lived, the list was never ending, but this guy. This guy, he took first place. He just had to open his mouth and you knew some sort of bullshit would come out.
I mean I get it, you’re smart, you read the dictionary before you go to bed, you can’t kill a fucking bunny, but God damn it that doesn’t mean you act like a grade A jackass every single day.

“What the hell!” A voice says as I run into someone, sending them straight to the ground.

“Sorry Emitt.” I say offering a hand which he gladly accepts as he stands to his feet.

“Let me guess, Julian.” I growl at mention of that bastard. “Okay, how about you forget him and let’s head to class.” He says pushing me towards the biology labs.

“I hate biology.” I grumble as he we enter the empty classroom, there were still a few minutes left in lunch so obviously no one else was here.

“If you hate biology so much, why is it the only subject you get straight A’s in?” He asks folding his arms as I sat in my usual seat in the back of the class. “The sciences are like your bitch, yet you hate them all.”

“It is what it is.” I say with a shrug that makes him sigh as he plops down in the seat beside me. “The coronation’s in a few days bro, it’s going to be amazing!” I say shaking his shoulders vigorously.

“Cool down Incredible Hulk.” He says shrugging me off making me frown. “Don’t get me wrong, I’m happy too, but I’m more worried about the bloodshed that will take place. You and Julian together on a day like that, it has catastrophic written all over it.” He says with a nervous laugh while scratching the back of his head. “My first day as a beta and it’ll be drowned in your blood.”

“Stop being so dramatic, it won’t be that bad.” I say making him frown as his peeks at me through his hands.

“Why are you so calm about this?” He asks with narrowed eyes, “what the hell are you planning?!”

“Nothing!” I say truthfully, “I’m trying the optimistic approach, ma said if I tried a lighter approach on life I would probably be more relaxed.”

“One could hope.” Emitt mutters as the bell rang, not long after other students flooded the classroom, including a certain long, haired rodent.

It was the only class we had together and I thanked the Moon Goddess everyday that he sucked at all things science related. I used every single available opportunity to rub it into his face how great I was at the one thing he seemed to be bad at, it was the best feeling ever to feel that glare in the side of my face after I answered every question correctly and even answered the ones he asked the teacher. I knew his proud brain couldn’t take it, so of course I did it all the time.

“Group projects everyone!” My teacher announces making the class erupt in groans, mine being the loudest. “Stop your whining it’s giving me a headache, I’ll be fair, you’ll work in pairs. Come to the front and pick your numbers, who ever has the same number as you is your partner.”

I wait until everyone has gotten their own before going for mine, number eight. I search around the room asking for a number eight, who slowly seemed to be non-existent. The pompous idiot was asking Mrs. Maxine to exchange numbers but I didn’t care enough to continue listening as I continued to look around. When I realised that just about everyone was paired up, I headed back to the front desk a little frustrated at the amount of time I wasted.

“I can’t find number eight.” I say making her roll her eyes.

“Rapunzel over there is number eight.” I follow her finger to find a bored looking Julian.

“Oh God no!” I complain turning back to my teacher. “Look, Johanna, I’m like your top student. Do me a favour and switch me with someone else, I can’t be with that idiot! He can’t even label a cell!”

“At least I can spell cell!” He screamed from behind me, I lift my middle finger up without turning around as I continue looking at my clearly amused teacher.

“I love you Aiden, I really do, you’re one of the best students I’ve ever had. That guy needs the help, desperately, I’m sorry but you gotta stick with him.” She says with an apologetic smile.

“What did I ever do to you?” I say looking up at the ceiling, I angrily take my seat next to the disgusting creature as I took out my notebook and pen, trying desperately to ignore that foul scent he possesses.

“The project is pretty straight forward, I will send guides by email because ain’t nobody got time to be printing all of those. You have to choose an animal in our region and study it closely, I want to know every little thing about it, no detail is too small. It would be better if it was in our town so you can study it visually as well, make sure to put your all into this, it is a large percentage of your grade. You can spend the rest of the class picking a subject.” She says before pulling out a magazine to read, the class erupts in conversation but we remained silent. I didn’t want to breath the same air as him, let alone do a project together, but I wasn’t about to let my best subject drop because of the moron next to me.

“I’ll do the entire thing and put your name on it.” I mutter not bothering to look at him.

“What?! No way, I want to do something too.” He says making me roll my eyes so far back I thought they’d get stuck.

“If you help, we will fail. You can’t do a science for fuck sake, let alone Bio. Bury your pride for once and let me do the damn thing.” I say hoping that he’d just drop it.

“No!” I almost ripped his head off as I turned to face him, my eyes glowing brightly behind my shades. “I need to try, I’ll learn.”

“Whatever, drag me down with you.” I growl as he bares his extended canines in equal aggression. “Calm down Jewels, someone might see you.” He immediately covers his mouth as he glares at me making me smirk.

“I say we do wolves.” He says behind his hand.

“Sure, there’s a small pack on the outskirts of my land. We can study them.” He nods in agreement as I scribble down notes in my book.

“I really hope you die one day.” And there it was, he couldn’t let a moment slip were I was at peace.

“And I really hope your mate rejects you on Friday, fingers crossed.” I say sarcastically sending back the deadly glare he was sending my way.

“He deserves to be burnt alive.” I say as my dad and I play basketball together in the pack court.

“Don’t say that!” He scolds making me sigh, as I scored finally, “if you guys would just bury the hatchet I bet you could be really good friends.”

“He burnt down my art room!” I all but scream as I remember the countless paintings I loss that day, hours and hours of work gone in. Everything I held dear was nothing more than ash in a matter of minutes.

“Because you cut off his hair.” He retorts making me scoff.

“I gave it to Locks of Love, I made a cancer patient very happy.” I say smiling proudly.

“It was still wrong, the point is if you don’t want to spend a life time hating one person you need to get over it.” He says dunking on me, ending the game with his win. “You already have a temper, don’t let it lead you down an unrecognisable path.”

“Yes Dr. Phil.” I say before heading inside the pack house and into the den which was drowning in mated couples, I quickly turned around and went straight to my room. Almost everything was in boxes as I prepared to move into the Alpha’s apartment soon, I felt a smile make it’s way onto my lips as I thought about being the Alpha. I was practically Alpha in everything but name and with my mate by my side, I’d be one of the greatest Alpha’s this world has ever seen.

I can’t wait to meet the beauty

Hope you enjoyed the chapter,

I loved writing it.

Please be sure to vote and share, thoughts appreciated.