“I don’t believe you.” Aiden says covering his mouth with his hand. I stay silent as I watch him with growing regret. “Atoms are like the first things we learnt.”

“It just didn’t stick, I can never remember which is the Atomic Number or what it is for that matter.” I reply my voice getting quieter as his eyes grow wider.

“I didn’t realise you were this bad.” He says raking his hand through his dark hair. “I was planning to get an idea of the areas you needed help in and form a schedule or something, but you know nothing.”

“I wouldn’t go as far to say nothing.” I reply making him raise a brow doubtfully.

“Well I can’t explain them very well, but there’s the Decepticons and the Autobo-”

“No! Jesus not the movie!” He exclaims making me frown slightly. “You’re too far gone, why did you pick all three sciences if you can’t do one?”

“I don’t know.” I reply truthfully making him sigh.

“You should drop one or two, keep biology because I can help you the most there.” He suggests causing my mind to take off with the possible outcomes that could result from me dropping them.

“What would I replace them with?” I ask watching his exhausted face.

“Free periods.” He says in a duh tone, when he sees the look on my face he rolls his eyes in understanding. “Pick up a sport or instrument.”

“I’ll think about this more later.” I say making him smile widely.

“So does that mean you’ll come with me to the party.” He says hopefully as he looks at me through his shades.

“It’s a dress up one.” I deadpan making him grunt a little.

"Costume. I got something planned for us, come on.” He says tugging on my hands.

“I’ve never been to one.” I reply making him smile deviously.

“I’ll pop your party cherry.” He says making me roll my eyes.

“You’ll grow as a person.” He offers making me frown. “Please, for me.”

“Promise to stay with me, I don’t want to be sitting on a dirty couch with a couple of unfortunate stoners.” I say as he smiles widely.

“Promise!” He shouts happily as he shoves all our things into his back making my cringe both internally and externally as I watched my pens fly into his bag. “We have to go now.”

“Why?” I ask, still a little annoyed as he pulled me from my chair and ran out the pack’s beautiful new library. I spent as much time as possible in the place, I came here to relax after school but Aiden got to me too quickly.

“Because makeup takes a long time.” My brain shuts down as I look at Aiden’s back in surprise at what I just heard.

“Makeup? Maybe you really are gay.” I say snickering as he whips his head back with blatant agitation.

“I’m not gay.” He says lowly. “I’m a Julisexual.” He finishes with a much lighter tone.

“Julisexual?” I repeat while laughing as we stepped into the elevator and headed to our suite.

“Yeah, I’m only attracted to a smart mouth, male, long haired blonde with the most amazing blue eyes and the sort of smile that makes the world stop spinning.” He says facing me with a large smile of his own plastered to his face.

I smile back at him with a melting heart before I pressed my hands to his chest and kiss him softly. He hums in satisfaction sending those addictive vibrations throughout my body, our lips move in sync as his hands lightly graze my waist.

“It physically hurts me to stop this, but I have to get ready too so I can’t waste any time.” We pull apart angrily to see Isabel watching us apologetically.

“Can you do Julian too?” Aiden asks as we step into our suite to find the living room drowning in all sorts of makeup utensils.

“You’re coming?” She says in surprise as her eyes dart to my own.

“Tonight shall be one for the books.” She says with a mischievous glint in her eye. “I didn’t prepare a look for him though.”

“Same theme as mine.” Aiden says before running away and returning quickly with a piece of paper I couldn’t see as he stood next to Isabel.

“Did you draw this?” Isabel asks as her eyes study the slightly crumpled piece of paper.

“Yeah.” He replies glancing my way with a comforting smile.

“It’s a little feminine but it’ll suit him just fine, especially with how you’re going to look.” She says before she starts didn’t through her bags.

“Can I see?” I ask taking a step forward.

“It’s a surprise.” He says folding the paper instantly and stuffing it onto his back pocket.

“So you’re getting back into art?” I ask cautiously as he visibly stiffens in response.

“One step at a time.” He answers quietly making me smile to myself as I nod in understanding.

“I’ll start with you Julian.” Isabel says unfolding a tall studio like chair, Aiden nods to me reassuringly as I take a seat with Isabel staring down at me like some sort of evil sentence.

“I’ll go find you a suit or something in the meantime.” Aiden says making me panic slightly as Isabel pulled out all sorts of things.

“You guys are going to look so damn adorable.” She squeals deafening me momentarily as Aiden presses a kiss to my forehead and disappears into our bedroom.

“Are Emit and Beckett coming?” I ask nervously as I try to stall the inevitable.

“I’m not sure, they’ve been acting strange these last few days. They don’t talk to me like we used to.” She answers sadly.

“They’ve been doing the same thing to me since we got back, does that help?” I ask unsurely.

“Not really. You have Aiden so you’re fine. I don’t have anyone else.” She answers with a pained expression making Alex whine at the discomfort of our friend.

“I’m sorry.” I say pathetically, I didn’t know exactly what to say since I wasn’t one for social situations of any kind.

“I found one!” Aiden says rushing into the room holding up one of my older suits. “Mine if I trash it?”

“Go crazy.” I mutter making his lips stretch into a blinding smile.
Isabel starts on my face, working around me like a painting as I try to sit perfectly still as she attacked my face with multiple brushes and tools. I’m guessing they were going for a zombie look due to the amount of black she was using on me. Meanwhile Aiden worked tirelessly on my clothes, ruffling my suit a bit to make it crumple as he dabs it with some smoky powder that ages it a few years.

I sit there patiently for what felt like an eternity as the two worked in complete silence. I would’ve felt better if I had a book to entertain me or even a show by I didn’t, it was just silence as I sat there helplessly.

“And I’m .....done.” Isabel says dabbing something on my nose one last time.

“You’re seriously gifted.” Aiden says walking up to Isabel, patting her on the shoulder as he studies me with a proud smile.

“I know.” She says flipping her hair dramatically before putting down her brushes.

“Finally!” I say getting out the chair but she pushes me straight back into it.

“Hair now.” The two words cut deep within my soul as she pulled out a bunch of hair products.

“No.” I beg as he drags her fingers through my hair. “Please.” I beg looking to Aiden.

“Sorry.” He says putting his hands up in surrender. “I’ll go work on mine by the time.”

“Stop complaining it’ll only be a minute. You already have those natural waves, just need to put something in it to dry it up a little.” She explains as she attacks my hair. “You’re hair grew a lot.”

I look down to see it way below my shoulder blade, I usually wore it up so I didn’t even recognize the growth.
True to her word she’s done within seconds as she pushes it all to one side styling it as she called it.

“You next Aiden!” She shouts, Aiden rushes out with his hair in a slick quiff that suited him really well.

“Get ready by the time.” He says as he sits in the chair pointing towards the suit he prepared for me. “She’s only doing my mouth so it won’t take long.”

I frown in confusion before grabbing the suit and heading to the bedroom. I dress swiftly before heading to the mirror to get a glimpse at whatever they did to me. 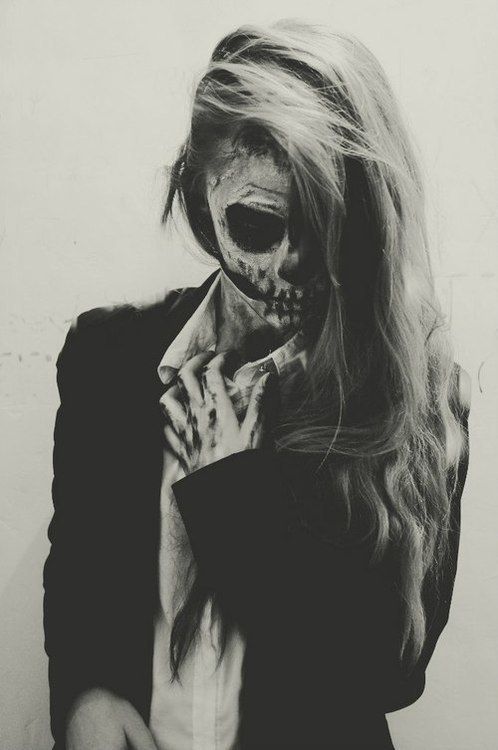 Make sure to vote though, thanks for reading and supporting.