Jbariana18 would love your feedback! Got a few minutes to write a review?
Write a Review

Previously on The Originals... lol jk

Miguel- You’re playing without me, Lunita?

Maria turned her head towards the familiar voice. She squinted to make out the tall figure then she suddenly realized who this strange was.

Miguel-(laughs) Away from home too long and you forget your brother.

She is overwhelmed with so much emotion as she began to run towards Miguel. Maria hadn’t seen her brother in five months as he was away dealing with foreign affairs. Tears streamed down her face thinking of him. She wrote and thought about him every day since he left. She was torn up when they had to say her goodbyes. He reassured her that they will see each other soon and now he is here.

She thought He’s really here. My brother is here. Miguel

Maria jumped into her brother’s arms as he embraced her tightly. He playfully spun her around as they both were laughing. Maria couldn’t contain the tears coming from her eyes. They held each other for a while until Maria pulled away. She couldn’t believe he was here. She noticed that he hadn’t changed while he was away he seemed more rugged and less like the boy she knew growing up. He had become a man but he still had those same brown eyes. He softly smiled down at his sister as he had missed her dearly. Their father told Miguel where she was going so he had arranged to surprise her in France. She hadn’t changed a bit he noticed. There was still that light in her eyes as she had when they were children. 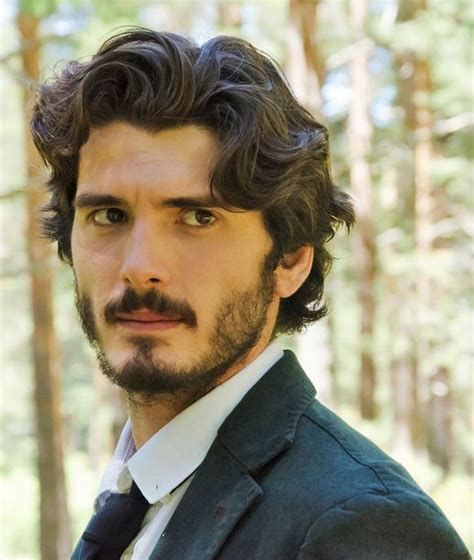 She playfully pushed Miguel’s shoulder back as He frizzed up her hair with his right hand.

Maria-(angrily) Why didn’t you write to me that you may be coming?

Miguel-(smiles) That’s what a surprise is, Lunita.

Maria-(rolls eyes) You know I hate it when you call me that. We’re not children anymore, Miguel.

Miguel-(laughs) You will always be my hermanita, sis.

Maria-(smirks) We are only one year apart okay. Plus you were always the one getting into trouble.

Miguel-(laughs) Okay, Okay but you were the one who helped out too. Remember?

Miguel looks at his sister’s attire and smirked.

Miguel-(jokingly) Luna, What are you wearing? You look like a boy!

Maria- Oh be quiet you know father allowed me to wear these clothes. Besides if I was a boy I could still kick your butt.

Miguel-(sarcastically)Okay haha. (Looks behind her) Luna, We are being very rude to your guests.

Maria-( Look at the Mikaelsons) Oh, I can’t believe I forgot. How rude of me. Sorry, This is Miguel, My brother. Miguel, this is the Mikaelsons. My new friends from Court, they are from England! This is Lord Finn, Elijah, Kol, Klaus, and Lady Rebecca.

Miguel bowed to all of them then leaned over and kissed Lady Rebecca’s hand. There was a spark in both their eyes as they smiled at one another. Maria noticed this and rolled her eyes as Miguel was trying to charm her friend.

Miguel-(smirked ) So, did luna here show you her sword skills? She’s very good, father always praised her for it.

The Mikaelsons especially Elijah laughed as they knew how skilled she was. Maria smirked and laughed as well.

They all continued to play around and talk about one another until it started getting dark. The Mikaelsons had to leave but thanked Maria for having them and told Miguel it was a pleasure to have met him.

Maria and Miguel then went inside as it was getting chilly outside. They walking along the corridor as Maria grabbed a hold of his arm, wrapping hers around it.

Maria- So..brother, tell me how your travels have been? It's been a long time since I’ve last seen you, a lot has changed especially for you.

Miguel-(grins) I spent my time in the New World dealing with foreign affairs on my father's behalf. He thought I could use the time to understand politics. But the New World is nothing I’ve ever seen before. There are fields of trees till the eye can see and in the spring grows these beautiful flowers. Maybe one day, We might go together.

Maria- (smiles) That would be lovely! Let me go see Charles so we can get you situated.

They approached the hall leading to the Charles study and lightly knocked and opened the doors to reveal Charles sitting at his desk. Charles looked up to see Maria then noticed her brother and he swiftly got up and went to greet them.

Charles-(hugs Miguel) My old friend, It's been so long. I did not know we were expecting you.

Miguel-(smiles) It's nice to you too, Charles. I just got back from the New World on business and decided to surprise Luna with a visit.

Charles-How nice! We must get a room for you ready.

He spoke to Lucien to get the Prince’s room prepared so he can get settled in.

Maria followed Miguel to his door and said their goodbyes as they both went their separate ways.

Maria quietly went into her room and laid down on her bed, stared up at the beige ceiling.

Thinking to herself, This all feels like a crazy dream but wonderful.