Jbariana18 would love your feedback! Got a few minutes to write a review?
Write a Review

As the sun beamed through Maria’s curtains, illuminating the once dark room. Maria winced at the light rays waking up her. Instantly making her sit up but before placing a hand on her forehead to shield the pain from her headache. Recollections of last night's festivities, she danced for hours and poured one too many glasses of wine. She had never gotten that drunk before. Maria sighed imagining how foolish she must have been. Even though she could remember everything from last night, Her pounding head was evident of the amount of alcohol that was in her system. She slowly got up as the pain still lingered. Katerina lightly knocked on her door and asked if she could come in. Maria said Yes, Come in.

Katerina- Good Morning, Maria! How was your morning? (smiling while opening the curtains)

Maria-(winced and grinned) Ugh, the light.

Katerina-(laughs) I thought I was the vampire here. Someone had a little too much fun last night.

Maria- Very funny, I think I had too much to drink.

Maria-(lightly chuckles) Can you help me pick out a dress for breakfast? I don’t think I can manage.

As Katerina was finishing up dressing Maria, Thomas had run into Maria’s room and hugged Maria good morning. Although Maria was in a little bit of pain, she acted as if nothing was wrong.

Maria-(placing him on her lap) Now, did you enjoy the party last night?

Thomas- Yes I did, I met other children and we played together. I made some friends.

Maria- Oh that’s wonderful, Thomas. See I told you people would love you as I do. Now, Are you hungry?

Thomas smiled and nodded repeatedly and said that he was starving.

They walked hand in hand with Katerina to the dining hall. As the doors opened, it revealed Charles at the end of the table having supper. The table was lined with many appetizing foods and fruits. Charles noticed that Maria had arrived and greeted all of them. As they sat down, He slightly grinned thinking about last night and how Maria behaved. He had never seen her that carefree before. He chuckled thinking about her ridiculous dancing. He remembered seeing her drinking few too many glasses of wine and at one point her lying on the floor laughing with Lady Rebecca. He was happy that she and Rebecca had grown close to one another. He was pleased that Maria approved of the Mikaelsons.

Maria noticed Charles's expression asked what was so funny. He chuckled a little bit more and looked up at Maria while stuffing his face with a strawberry.

Charles-(chuckling)Oh, nothing. Luna, How did you enjoy last night? (smirking)

Maria- Oh, I see haha. It was nice. How about you?

Charles- Ohh, it was the party of the century. Many seemed to have enjoyed themselves. (looking up at Maria)

Maria rolled her eyes as she put some food on Thomas’s plate.

Charles- Luna, after supper would you like to take a stroll in the garden for a bit?

As they finished up their breakfast, Katerina took Thomas outside to play as Maria went with Charles to the garden.

Maria- Okay, you got me alone. Say whatever you thought was soo truly funny.

Charles-(bursts out laughing) Finally, I thought I couldn’t contain myself in there. Luna, you were truly a spectacle last night.

Maria-(elbowing him) Oh shut up. You act as if you have never seen someone lose a little control.

Charles- A little! haha, Luna, you were drunk!

Maria- Okay, Okay! I was a bit drunk.

Charles- Nevertheless, It was nice seeing you so happy. I noticed that you took quite a liking to the Mikalesons.

Maria- I had a wonderful time and Yes they are lovely. I invited them for tea later. I am very excited to get to know them more.

Charles- They had just recently arrived in court. I have grown very close to them especially sir Elijah. We share many of the same interests. He is a good man, I can tell.

Maria slightly blushing thinking about Elijah and their encounter. Charles noticed turning red in her cheeks.

Charles-(laughing, pinching her) Oh, don’t tell me you fancy Elijah.

Maria- I just met him, Charles. Don’t be silly. (looking away)

Charles-(smiling) You liar! I’m your best friend. I know when you’re lying.

Maria- Shhh, keep quiet or all of France will hear you!

Maria-Fine, okay I do. There is just something about him that draws me to him.

Charles-(laughing while playfully covering his ears) La La La, I don’t want to hear any more of this. He’s my friend, I don’t need to imagine you and him together like that. Ugh gross! Nope there it is.

Maria- God, Charles. Even though you are the king of France, you still act like a child. (playfully pushing him)

Charles starts chasing Maria as she ran away from him. He finally catches up to her and spinning her around. Both of them laughing uncontrollably in the middle of the rose garden. As it reminded them of their young years, fighting and chasing one another. Some of the king’s servants on the grounds were smiling at the royals. They quickly calmed down as the King needed to uphold his reputation.

Charles-(says with a stern yet loving look) But seriously Luna, if he ever hurt you, friend, or not, he would have me to deal with.

Charles- Now, let’s go inside and get everything ready for when the Mikaelsons arrive.

The Mikaelsons were no longer staying at the King's Castle because they thought it would be best since it was hard times to control their hunger. The king offered that they stayed a few minutes away from the castle in one of his chateaus. They tried to decline his kind offer but he insisted so they were living there for the time being. It was in a private estate so they didn’t have to worry about others.

As the Castle was preparing desserts and other treats for the tea party, the Mikaelsons were getting ready to see the Princess. They all wanted to look presentable for Maria so they wore their best. Rebecca was content to see her friend again. They had a good time last night and she laughed thinking about the human not being able to hold her liquor. They laughed for hours and danced till Maria grew tired and returned to her chambers.

They all finished getting ready and ask one of the servants in the house to get the carriage ready. All of them were beaming with excitement as they waited to have tea with the princess.

Maria was so anxious to see the Mikaelsons again and supervised everything to make everything was perfect. She never had a tea party before and wanted to make a good impression. She decided to wear a grayish-lavender dress with white lace. 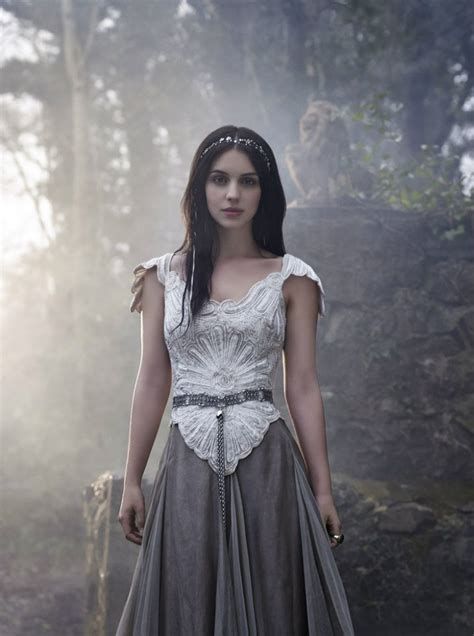 Everything was going according to plan and now she waited for her guests to arrive. She looked at the array of food and the detailed decorations smiling in satisfaction.

She just hoped they liked it as much as she did.