Muse would love your feedback! Got a few minutes to write a review?
Write a Review

Among us: part two 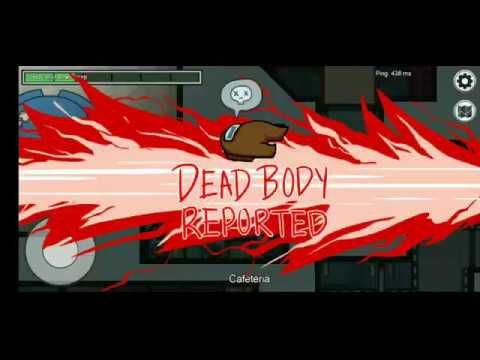 They’re all around the center table in the cafeteria. Eva finds herself gravitating to White as she inches closer to his side. Red is the first to speak.

“Welp it’s here. I just didn’t expect it to strike so fast. It’s the first day of tasks and there are only eight of us left.”

“The Fuck you say, tree hugger?” Blue says already on the defense

“I-I’m just say-you were following me.”

“Then what were you doing blue?” Red interrupts

“Says the guys who gets off on rocks” Blue sneers

Black suppresses a laugh and before either, Blue or Orange can protest Red interjects.

“Alright, Pink and Blue were the first in the room. Then, Orange came in and saw only them, then who?” Red asked

“Then E-Black and I walked in and we only saw Pink, Blue, and Orange at the panel,” Bruce explained

“Where were you before then”

“Wires, near Shields. We were walking towards electricals when crisis rang.” Eva responds

“And you went straight to electrical?”

“Alright, who else was thereafter Black matter and Captain Cadet?”

A couple of incoherent mumbles fill the silence but no answers.

“Okay did anyone see or hear anything since no one knows who got in when? Because when the lights turned on we were all in the room.”

“I heard a thud, like a body dropping before the lights turned on. and when they did, I saw brown in the doorway right behind me.”

“Okay, so who was closest to the doorway?”

“I saw Blue and Green right in the doorway behind Brown’s body,” Yellow says

“You got a lot of accusations to make, Buttercup” Greens gravely voice cuts in

“Green has a point Yellow, you have accused Blue twice now and I thought he was one of the first ones there.”

“I was checking if someone was coming,” Blue says

“Why? What were you trying to hide?” Red accuses

“What? Nothing, I was checking to see who was there”

“Well, we use the buddy system, get a buddy and stay with them, if one of you ends up dead and the other doesn’t report we know who the killer is.”

“What do we do when we find them or should I say if..” Eva asks

“We put them in the ejection room....and kill them.” He deadpans

“What if we get the wrong person?! And how do we know its the right person once we..kill them” Eva presses

“We’ll know it’s the right person because once they’re dead their corruption will disconnect and the system will be in order. If it’s the wrong person then............whoops. Meeting dismissed”

Everyone else doesn’t seem as bothered as Eva but then again everyone’s face is covered. White pulls Eva away going down past gasoline and to the lower engine down in the corner. Eva looks around in confusion as she and White are wedged in the corner with White blocking the way out.

“Um of course, why wouldn’t I be? It’s not like there’s someone or something on the ship killing us..” She remarks

“I know, this is so confusing. If you wanna talk, I’m a good listener.”

He’s so kind, interesting to me.

“Well let’s not talk about what’s going on, but tell me about yourself.”

“Okay, but let’s do our tasks before someone taddles that we’re not working hard enough.”

Eva can hear the eye roll in his voice and laughs.

Bruce clears the path but only slightly, so Eva has to brush her body against his. The small, compact, purifying packs on their backs take up some space making it more of a tight squeeze.

After squeezing out of the tight space, they both jog around the engine and up the hall to security. White doesn’t hold her hand this time and she finds herself....missing the contact. Yellow is there with her partner, Red. Yellow stands to the side while red is on the screen. White leaves Eva’s side to observe the screen with Red, she can tell they are talking as whites shoulders shake slightly as he laughs at something. Black decides to do some wires while White watches the cams with Red. After she finishes she goes to his side and watches, now that she is in comm distance she can hear both Red and White.

White continues to flip from camera to camera pausing at each one.

“I’m not sure, can we run these back and see the past recordings?”

“There are only four places that cameras can see, why didn’t you put more?”

“Hey I didn’t make the rules or build the ship I, like the rest of you, just work here.” Red sighs

“Hmm pity, you are a great team leader.”

“Oh thank you white, that’s real nice of you.”

Walking out White takes Black’s hand as they jog past the reactor and upper engine to the cafeteria where Black stops for a task. They continue doing tasks and chatting. Bruce tells Eva all about himself his favorite color, White, his aspirations, his inspirations, and to Eva’s surprise a lot about astrology. Not many people outside of astrology or general sciences, know that the neighboring galaxy Andromeda will one day merge with the Milky Way galaxy, or that the universe is expanding every second and Dark Matter, all based on the big bang theory, the most powerful element, is the force pushing the universe apart. Bruce told her all about it and as the days passed, without incident thankfully, she found herself growing more fond of Bruce, wanting to talk to him, to know him. They also found themselves having more of their tight corner rendezvous, and if there is something that Bruce with his extensive knowledge didn’t understand it’s personal space. Each time he got closer and closer, one time even smacking their helmets together on accident. Though strangely, Eva didn’t mind the proximity and often found herself leaning into him. The more time she spent with him the more they talked the more she thought about him. When she worked out on her treadmill, when she showered, when she was with him, and lately when she slept. He filled her dreams and she dare not repeat what happened in them.

Black and White were in Electrical doing a wiring task. Mostly White messing Black up while she tries to connect the wires.

“Stop your ruining it” Eva laughs

White connected a wrong wire and the panel practically exploded with electricity. Eva yelped and when the tiny smoke cloud cleared White burst into laughter, his laughter infecting Eva and making them both burst into a fit of laughter.

“You must be supercharged”

Bruce looked at her as his laughs died down to chuckles

“Because I feel a spark between us” She finished

They were both silent for a slipt second before laughing again. Then Bruce stopped.

“Okay, my turn. Do you generate electricity with water through the process of hydropower? Because Dam. You’re really something, Eva.”

Bruce looked at her.

Eva found herself getting shy and looking down at nothing, she only does around Bruce. He chuckled and moved to fix the wires.

As bruce works the wires Green walks into the room and to where they are. Alone.

White looks back to see green and drops what he’s doing to step in front of Eva. Green halts.

“I don’t really hang around him, he’s annoying.” Green rumbles in his startling voice.

Green and White just stand there for a moment the tension starting to make Eva uncomfortable.

“If you want to do this task we were just leaving.” The pleasantry, somewhat gone from White’s voice.

Green says nothing but just watches as Whites wraps his arm around her waist, and walks out of the room, resting his hand on her hip and making sure to keep her on the opposite side away from Green. White quickens his pace as he jogs away from electrical with Eva towards storage.

He stops and looks at her.

“You saw him, he ditched his partner and was stalking us saying nothing like a creep probably waiting for one of us to slip out of sight or something. ”

He was acting a little weird and creepy

White visibly relaxes taking her hand in his and intertwining their fingers, something he’s never done, and Eva can’t help but like it. Similar to how she liked his arm around her waist.

Making their way out of storage to admin Eva stops to type in a code, she is so focused on trying to type in the right numbers when she turns around, White is nowhere to be seen.

Did he leave me?

She walks over to the doorway to look out into the hall but sees nothing, she walks into the hall and turns towards the cafeteria, but doesn’t see him. She’s about to call again when a heavy hand grips her shoulder from behind. She jumps out of her skin and screams, turning to see the person she was looking for standing in the hall.

“Bruce! Don’t do that! You scared me half to death! Where were you?!”

“Sorry, sorry! I was right around the corner doing a wire task on the storage wall. I was literally behind you.”

“That’s alright, I should have told you I was going to do a task. I would never stray too far from you.” He comforts

“Okay, good.” She takes his hand this time

Turning towards the cafeteria she leads the way.

She looks back in confusion

“I actually have another task this way, electric stabilizer task in comms.”

“Oh ok but I have a trash task in the cafeteria.”

“let’s go after.” He tugs her along with him

Not fair, the trash task is closer.

Eva is about to argue but his fluid conversation almost immediately has her forgetting all about tasks. They chat and mill around pretending to look busy while talking. After an hour of fun and no tasks, their screens flash red. 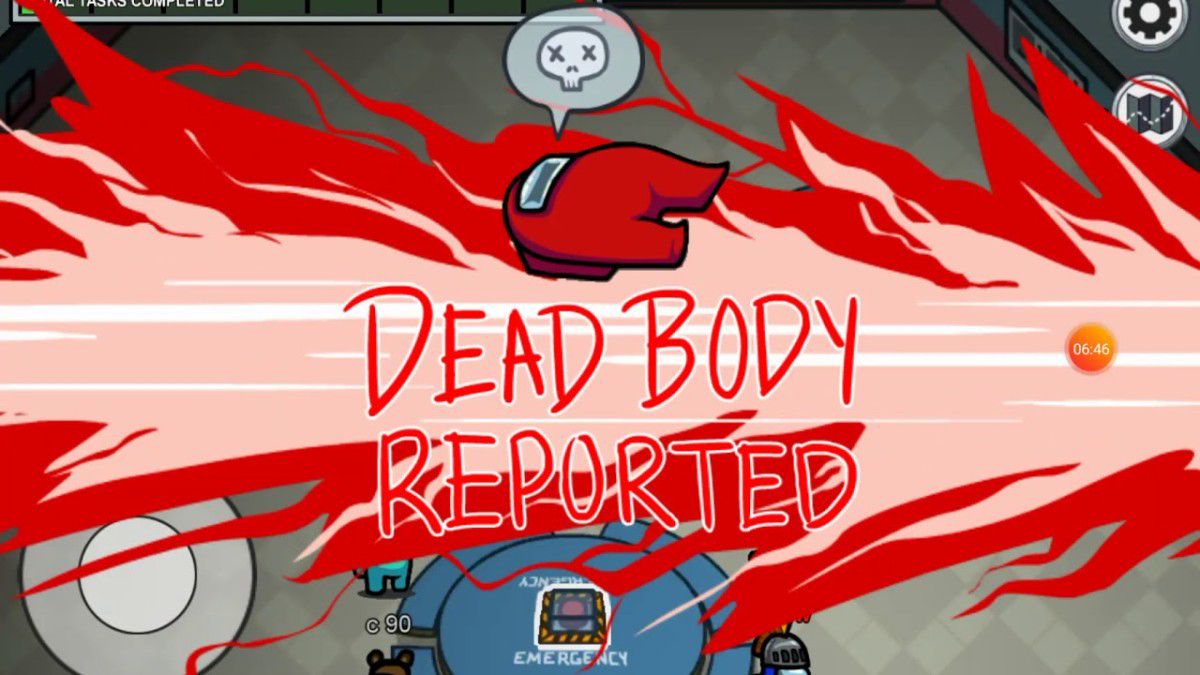