Lillian would love your feedback! Got a few minutes to write a review?
Write a Review

It's Friday today and as soon as I woke up, I called Fee.
That bafoon came here right in his pyjamas with the littlest and only decency of brushing his teeth from home. He bathed right after I did and we went downstairs to eat a hearty meal.
Mom was already gone, so we locked up and left to explore other places and gather more subjects for my study.
We ended up visiting at least five more such people. And its no surprise that they all refused. For the first time I noticed the real world out there.
There's nothing free of cost.

As for Fee, he has a trip with his friends to which I've already declined. He is bound to leave tonight and right now he must be busy packing, which boils down to the correct time I can disturb him before he's gone for good or maybe bad.

'Yes and no.' His head is hung low. I worry about this demeanor of his.

I manage a giggle and respond "What does that mean?"

He stops shuffling his shaving kit inside and turns to me. I don't miss out the lack of happiness and excitement around his eyes. "I'm leaving a very important person behind, so that should be self-explanatory."

"Fee, I'd have loved to come with you but you know how I get around people. Besides, I have my project that won't let me feel any alone than I already am."

"So you accept you'll miss me then?" His smirk tells me I've hit his ego with a jackpot and roll my glass rimmed eyes at him.

"I never said that." Ditching his knowing glare, I shuffle around and throw in all that was sprawled messily around the bags.

"Mar. Before I leave, I just want you to rethink about this project. It comes with harms that can ruin lives. I'm not scaring you or anything, I just want you to be extremely alert at all times. People in this profession just want one thing and when you're getting it for free what best deal than that."

"You really think I'm gonna sell myself for some project? I have morals greater than that and you know it Fee." I swing past him not wanting another disturbing conversation followed by a fight.

"No! No, God-damn it. That's not what I'm saying. All I want for you is to end up safely back at home, when all of this is done. That's it!"

"I will." I say looking directly into his eyes. It's not some simple reassurance. It's a silent promise I make to him.

Without a word he pulls me into him. The hard smell of his cologne is not unbeknownst to me. I breathe and relish in it while I still have him to me.

One week is going to be too much...I know.

Fee left at eight that evening, while I sat with mom, mulling over the slightly over-cooked meat in the lasagna I tried to make for the n-th time. I was just a little lost over what Fee had said before leaving. It couldn't really be that dangerous, could it?

I had taken the bus to two more places at a somewhat worrisome distance from my place. One being six to seven kilometers from home while the other one was at least a ten. The next in line, for which I was currently on the bus was another four to five kilometers away.

When the bus finally halted, I got off and made my way to what looked like a cheap brothel situated on the most overrated places of the town. And maybe it was. The place stank with cheap but stark lightenings that shimmered shamelessly on the roof of the place. I relied on Google Maps to tally if I was at the right place. But of course, my phone had to die in the exact need of the hour.
Actually, it had been partly my fault - I didn't let it charge to full and forgot my power bank at home, on charging.
Such a cliche face-palm moment, my God!

At six o' clock in the evening, even though the area was well lit, it was still dark and the anxiety not the usual one but one with a scale reaching at least two-hundred in the State Anxiety Scale. I had yet to talk to a man named Jesper, the one who would decide if this was the place, I would finally rest my search for the day.

One thing I did notice about the people were, there were hardly any women. well, hardly any women dressed properly. Men smelled of alcohol and weed and what not. There were mostly people from the well-equipped sector of the town for I didn't fail to notice the Rolls-Royce or BMW's or the Lamborghini's parked outside.

However, despite the rigorous ringing of the alarm bells in my mind which were again hooded by the sheer noise in the area, I carried on. This could either be very lucky for me or extremely detrimental in a matter of seconds. As for the vibes I was getting, I wanted to be out of this place now.

"Hey gurl, watcha lookin' for?" The man that approached me wore a wicked smile on his face. I didn't like that smile. It smelled trouble. I didn't want him to be any close to me than he already was. He reeked of, what I could tell was tobacco.

The moment I stepped inside the flimsy excuse of a place, my stomach clenched in protest. 'Leave, now! This is not a place for a girl like you.' My instinct muttered at me while I pay no heed at all.

I carry on at a faster pace, taking my surroundings in, breath by breath. The numerous doors on either side of the wide passageway are old, and made up of creaky wood. I might have passed 15 such doors or so when my mind succumbs to its rationality, having seen a drunken man of not below forty emerging out of the creaking door onto my left. Maybe this indeed isn't the place for a girl like me.

I start backing away but my temporary guide halts in front of a door. The alarm bells starting to fade in my head, I feel trouble leaving me out of its way.
I stay.

The two knocks grant him permission and he steps in after telling me to wait right where I was. After a few minutes, I'm called in to face a few men who seem a little too sober for this place. From the surroundings, I gather it's meeting room.

But there's only one man, who takes me by surprise. Those same grey eyes, surge so much anger in me now. He's downright rude, uncouth and a completely and utterly vexatious little skunk!
Oh I'm so going to lose it.

Before I could step out and make a run for it, I stood there like a dummy while he seemed to dismiss the scattered squad of men from the room.
The guy that brought me here took his leave too. His last words resounding clearly in the now relatively empty hall, 'Sire, Jesper!'

'Thankyou for the enlightenment, Ms. Alexandera. Have a seat.'
I stifled a satisfactory smile this time.

He continued after I'd sat myself opposite to him.
'I believe an apology is in demand here. My earliest misbehavings were due to some stress, from family which you needn't know. The reaction was a mere consequence of it.'

The crackhead seemed to put forth a business deal more than an apology which I didn't disregard entirely.

'Who's heart?' I raised an eyebrow.

'Oh, I see.' I know, I just know, I've passed the benchmark of exclusive idiocy in his scale book.
Damn! Such swift speed Mar.

'I came here searching for a guy named Jesper.'

'Yes I know, my men informed me. Just for your kind information, Jesper is a guy you have no business with.' He took a seat at the table as if this was some business meet.

There were just so many questions in a matter of minutes that had accumulated in my mind already yet I couldn't or didn't want to ask.

Who in this God-granted universe gives him the right to tell me what business I had or didn't have here? And most importantly, why in the hellhole was he here?

'Well, I'll take my leave then. Since, there's no business of mine here with you as well.'

His interjection was what stopped me.

'If you may, I can ask my men to drop you home, as a part of this extended apology. ' It was for the first time I saw a zeal for genuine request on his face. I was satisfied to feel the tension dissolve into thin air.

'No, I'll be alright. Thankyou very much.'

I would never be alright especially after knowing wher under-dealings my would-be subject is involved in.

'I was thinking, if we can...uhm cancel this subject study with you Mr. Hart and I can get another person to be my thesis subject.

He gave me a sharp look, a pondering squint and then got up. I won't lie when I say that for a moment there I thought I made him angry, the repercussions of which I did not want to face in a place like this.

Without so much as a tensed reply, he passed me his business card after signing his address on the back of it.
'See you there at nine in the morning and don't forget you signed a bond with us.'

Ofcourse I did. I was so over excited that I didn't look through stuff and assumed that everything would just be a piece of cake and now I've sat on the damned cake and spoilt it. 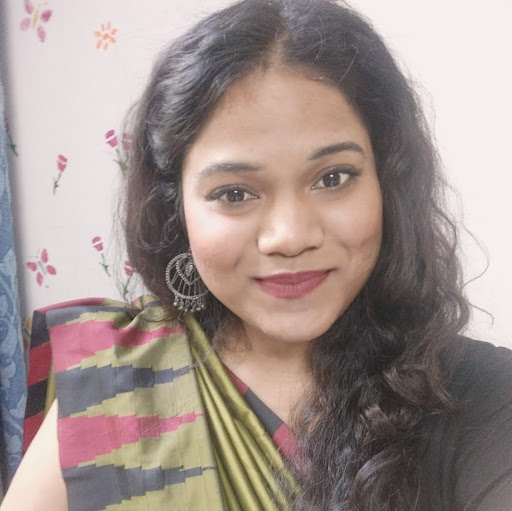 Are you enjoying my ongoing story? Please let me know what you think by leaving a review! Thanks, Lillian