Isaiah wore his black business suit with black dress pants and shoes; his dark hair slicked back. He was looking out the window from his office, looking at the city before him. Many buildings and people were walking to go to work or other purposes. Isaiah came from a long meeting about the well-being of his companies. All was well as he anticipated.

It was nothing new to him.

Then, he heard a knock on the door. “Enter.”

The door opened, and a man entered. The man was tall, at least six feet, dark skin with some light tone, very good-looking, and thirty years of age. 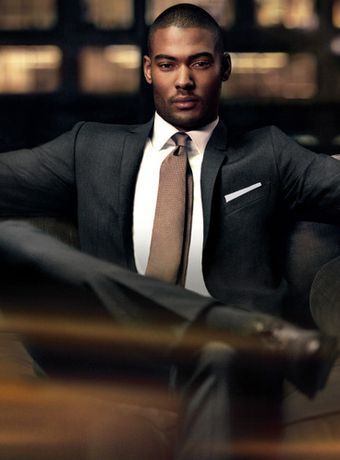 “Ah, Darren. I see you came back from the other meeting with the other CEOs.”

Darren smiled. “Of course, they decided to sell their companies to us. The lack of good leadership was their downfall. Many of these CEOs think they are the best. Pathetic. You should have seen the looks on their faces.

Isaiah looked at Darren. “Well done, Darren. I expect nothing less from my Beta after all.”

“Nice to hear it, Alpha. Want to grab a bite to eat? I am starving.”

Darren and I got out of the corporate office and went to walk in the busy streets of Downtown Los Angeles. The city is enormous, but the stench is unbearable. As my Beta and I kept walking, I noticed many homeless people in the streets. It was a gut-wrenching scene to see. I sighed.

We both decided to get Subway for lunch. Darren and I made our orders and brought our sandwiches, and decided to eat outside. We spoke a lot about the meetings and whatnot, nothing new. Then the topic changed.

“Isaiah, I have great news; Emilia and I are becoming parents!”

I stopped halfway if my food. “Whoa!”

Darren nodded and smiled with happiness. “Yup, I can’t believe it myself, but I am happy beyond belief! We decided to wait since we wanted Emilia to finish her university, and now that she is done, we can finally start our family!”

I gave out a small smile. “I am happy for you. I congratulate you and your mate.” Deep down, I was jealous. Jealous that Darren has everything I ever wanted, a mate and a family. It was not fair, but I shouldn’t be jealous of my Beta for having the luck of having things I didn’t. I felt my wolf, Rafael, moan in sadness. He wanted our mate as well.”

Both of us were done with our lunch and decided to head back to the building. We stopped at a crosswalk, both waiting for the light to turn. As we were waiting, I smelled something.

It smelled like lavender and cinnamon, but it was strange. Why would I smell that in this city?

“Follow it!” demanded my wolf. Rafael felt restless, as did I, but excited at the same time.

“Darren, do you smell something sweet!?”

He looked at me while taking a sniff. “No, just the carbon from this city.”

“I smell something sweet, lavender, and cinnamon!”

Darren’s eyes became wide. “C-Can it be that...it is the scent of your mate!?”

I stilled. Was that the reason!? My heartbeat was in excitement and happiness. This could be it! My mate! The light turned, and I ran through the crosswalk. I knew that Darren tried to catch up, but the people were getting in his way, but I kept on going forward and followed the scent. As I ran more and more, the scent was getting stronger, and I felt anticipation, and my wolf was feeling happy.

Could this be it!?

Then, I got to a small but beautiful building that had sculptures and ponds outside. The scent was getting stronger and stronger.

On the corner of the building, I saw a young woman with long black hair, light tan skin. She wore a long white sundress with a jean jacket. She...is breathtaking.

My wolf said something that I had always wanted to hear for a long time...