leelabellabooks would love your feedback! Got a few minutes to write a review?
Write a Review

ALFA
DANCING WITH THE ALPHA’S DAUGHTER
a ‘specterverse’ short story 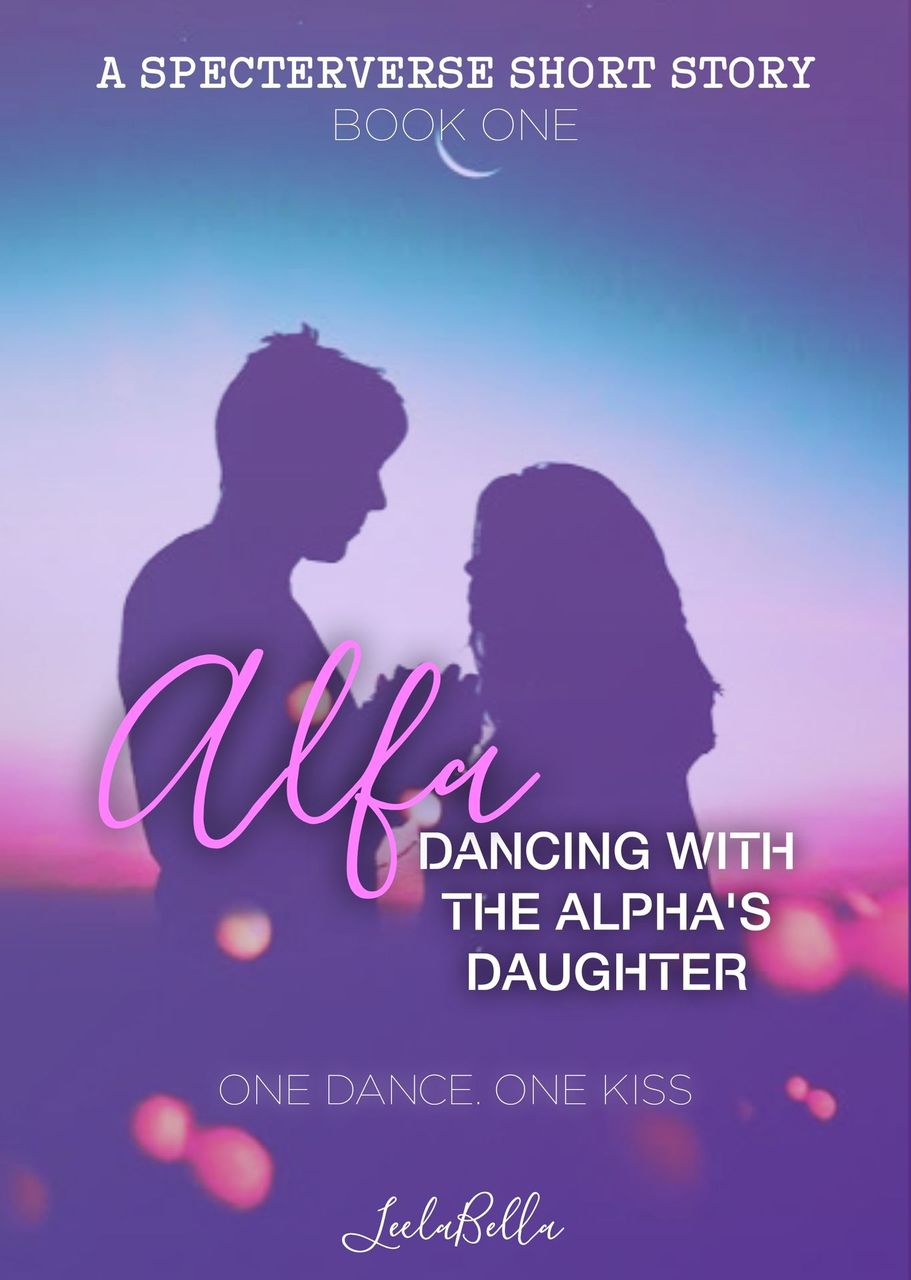 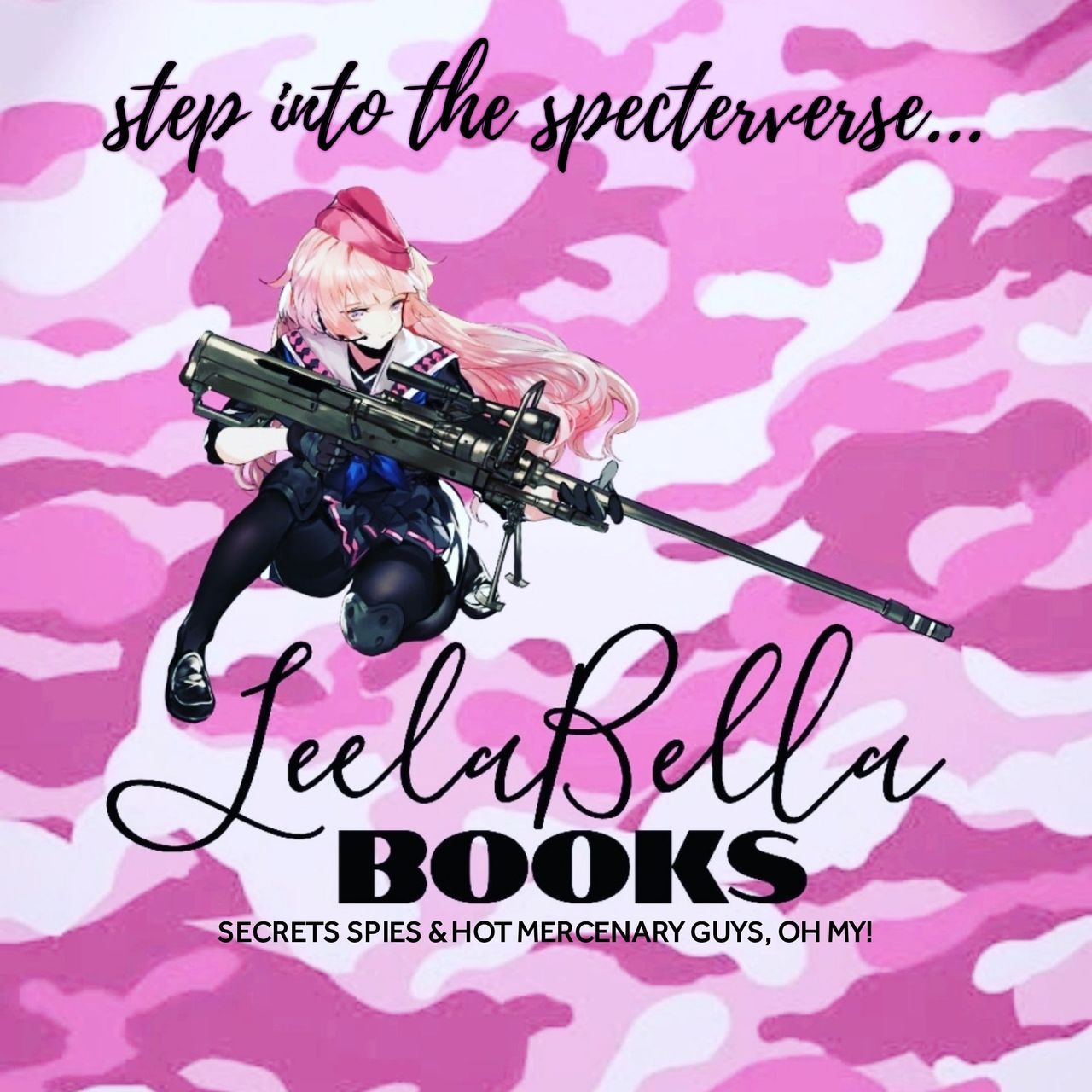 WARNING: THIS STORY CONTAINS SOME COARSE LANGUAGE AND MILD VIOLENCE 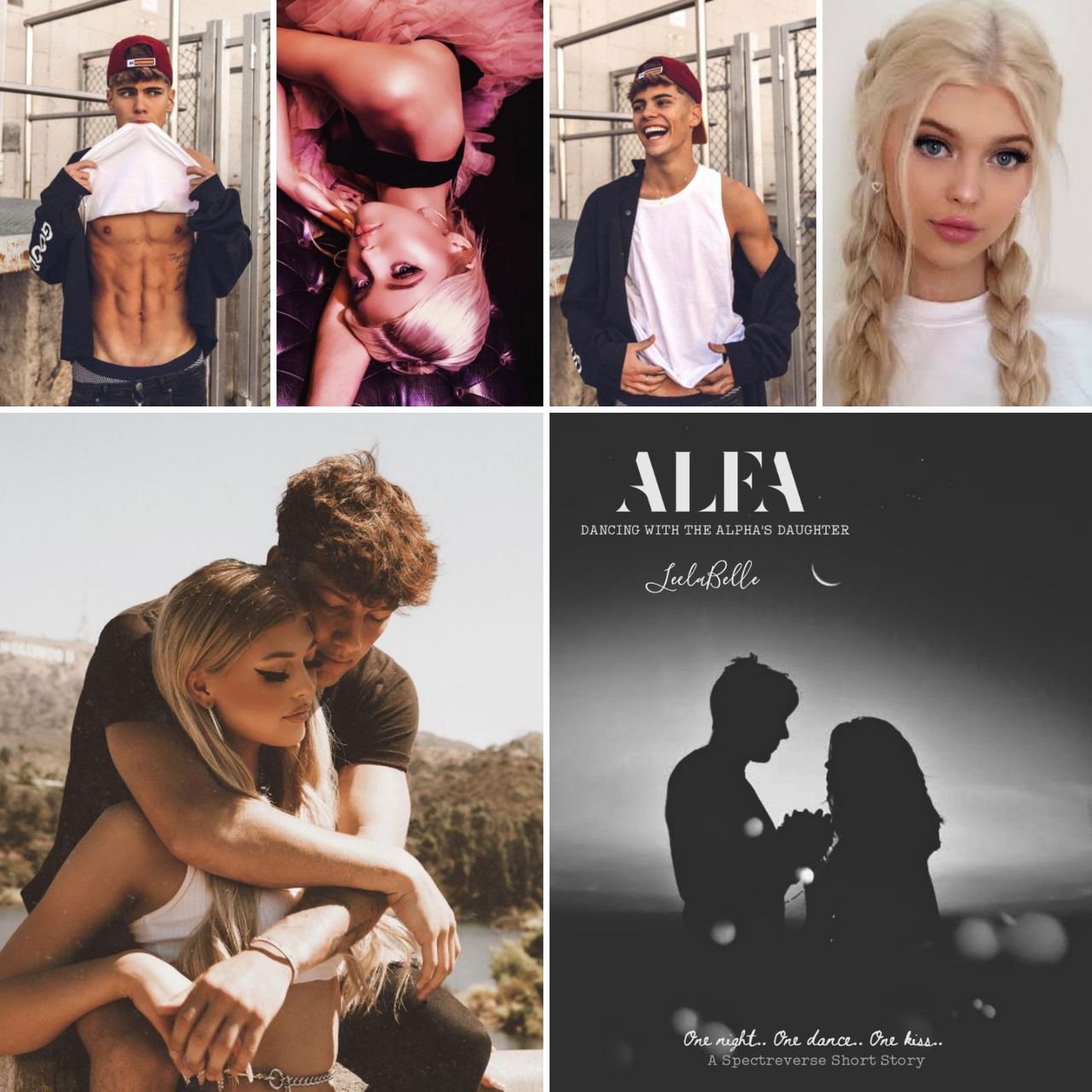 My pitchy shriek echoes throughout the split-level uptown apartment that is the West family home..

“Oooooh somebody’s in trouble, you’re not supposed to go to parties..”

My younger brother, Alfie stands in the doorway making stupid faces at me while I tug a hairbrush through my thick golden curls trying to get ready on time..

I have no idea how long the gremlin has been creeping around, snooping on my life and eavesdropping on the conversation I’d previously been having with my best friend Harley about going to some party she’d already been invited to, down by the docks after the Fall Fling Dance...

A party that if I’m honest, I’m not sure I am ready for or am even remotely interested in going to..

But in my senior year, Harley’s been determined to break me out of the usual routine of studying late at the library after school and binging on webflix on the weekends.. Anybody who has met Harley Greyson knows she is difficult to say no to..
She’s like a hurricane of happiness, all go getter attitude and bubbles..

Yeah, unlike me, so introverted I practically carry a shell on my back like a turtle..
Harley is the kind of person who can blend in seamlessly wherever she goes, like a social chameleon..

But since my final college applications have pretty much all been finished and sent off, and we are only a few short months from finishing out the year, I hadn’t exactly had a leg to stand on in protest against my girl..

Don’t get me wrong, part of me wants to go, out of morbid curoisty.. To observe other teens in their natural habit.. To see what I am missing.. I suspect it won’t be much..

.. But FOMO is for real, and it’s just that I have heard all kinds of crazy stories about the dock parties and what goes on at them, and that has me seriously doubting my trend-factor..

I’m not exactly at the bottom of the ladder, but I am definitely not one of the popular kids, who I know will all be there tonight, Including the only boy I’ve ever had a crush on..

The one who recently, I’ve been doing my best to avoid at all costs..

He’s the most gorgeous guy in the entire school..

All the girls drool over him, and they definitely wonder why he bothers spending any time with me..

Not that Felix has any idea how I feel about him..
We’re just friends..

I haven’t told anyone how I feel, not even Harley..

I couldn’t risk him finding out about the strange static tingle I feel racing across my skin when he sits next to me in Chemistry class..

I couldn’t risk the embarrassment of Felix knowing that around him I can barely breathe and my heart beats so loud I am scared he might hear it..

I can’t admit out loud that everytime he looks at me I squirm with nerves because I can’t stop wondering what it might be like if he gave me my first kiss..

Oh, you have no idea how badly I want that kiss..

No way.. Shake that thought off..
I can’t even deal with that.. And it would never happen anyway..

Because Felix and me are supposed to be friends.. That’s what we have always been, since we were little..

His parents, Patrick and Yevette are my mom and dad’s besties, so that means we spend almost every holiday and celebration with the O’connor’s, from Christmas to the Superbowl..

If the worst were to happen, how would I face him in the future when I come home from college for thanksgiving and we have to sit next to eachother though dinner?..

How awkward could I possible make his life?

Not to mention my own..

What would my dad say?!

What would Felix’s dad say?

He’s never really given me any reason to think he does.. He’s never said anything romantic or mushy.. He’s never tried to make a move on me..

Thoughtful things, sure.. Felix does and says nice things all the time..

What if he were to laughed at me and tell all his friends about how pathetic I am to hope I could ever belong anywhere other than the friend-zone?..

How would I live that kind of humiliation down?

Whatever.. It doesn’t even matter..

I am too much of a scaredy-cat to find out..

No, I have decided.. It’s much better we stay friends..

“DAD! DAD, ALFIE IS BEING ANNOYING AGAIN!” I shout, giving Alfie a dark glare and before long I hear the footsteps of my father approaching in the hallway..

“Alife? Leave your sister alon-” Dad grumbles tiredly, only to round the door and stop silent when he sees me in my sparking sapphire blue Fall Fling gown.. The sheer collar and long sleeves decorated with the tiniest of crystals and the modest lace corset glittering under the lights of my dresser mirror..

“Allie-cat?-- You look beautiful.. Honey! Honey get my phone!“.. He calls to mom in the living room then beams at me, his green eyes glinting with pride.. “We’re taking a selfie.”

“Daaaaaad..” I laugh and groan in joking protest, I definitely want to take a picture with him..

“I’m coming, I’m coming!” Mom comes rushing up the hallway, her bright ocean blue eyes, the ones that are the exact same as mine, fill with tears when she sees me in the dress we had shopped for together..

I say we, I mean she.. I definitely would have chosen something a little less, ‘belle-of-the-ball’ and a little more wallflower.. But it’s worth it to see the look on Honey West’s face..

She looks so happy..

“Ohhh, my baby girl, look at you! So grown up!”
She wraps her arm around Alfie’s shoulder as she leans against the doorframe for support with dramatic southern flair, doting a little more.. “Doesn’t your sister look beautiful, Alfie?”

“Yeah momma..” He smiles at her innocently.. Such a momma’s boy!

He might have mom fooled, but not me, the little demon spawn..

Mom takes a few snaps of Dad and I together, and then Dad takes a couple of me and mom..

After that, all three of us are posed in my bedroom waiting for Alfie to capture the moment, when he pulls a total freaking Judas on me.. “Hey Dad, did Alex tell ya she’s going to a party after the dance?”

Alfie grins like the little snitch he is and my cheeks turn pink as Archer West, AKA dad, AKA, the scariest man alive narrows his suspicious gaze on me..
“A party?”

“What party?” Dad shifts into interrogation mode, taking a seat on the end of the bed, completely forgetting about the reason I had actually summoned him.. To get rid of the little createn he and my mother decided to create exactly thirteen years ago..

“I was going to ask you about it, daddy.. It’s just some kickback a bunch of people from school are going to after the dance.. Harley is going, Felix and Finn will be there too..”

Disappointed, I try to make a case as to why he should let me go, the main arguments being that I am a straight-A+ student, I’ve never gotten into trouble, I never drink or do drugs.. I am only a month away from my eighteenth birthday and I’ve never been to a party.. “But dad--”

It’s no use, he’s not negotiating with me, instead he dials up the authority as he speaks.. “I said no, Alex.. You can go to the dance like we discussed, then you come home.. That’s it.. And we’ll talk later about the fact you didn’t mention this to either your mother or I earlier..”

He barks the order and that is that as he pushes up and makes his way out of the room, taking Alfie with him..

My eyes water involuntarily and I try to blink back tears to keep my makeup intact.. “It’s not fair, mom, it’s just a party.. Why doesn’t he trust me? This is why I want to go interstate, don’t you get it?!”

This is why I applied for as many schools as I could that were as far from the city as possible..

I love my dad..
But he is too overprotective sometimes, I really feel like I could suffocate..

Mom sighs sympathetically, crossing the room to wrap me in her soft, sweet-tea-and-apricot scented embrace, comforting me.. “He does trust you Alex, it’s other people he has a hard time with..” She squeezes me tight.. “He knows you’re a smart girl, who makes responsible choices.. I’ll talk to him sweetheart, he’ll come around, don’t you worry..”

Kaitlyn: So good! Thank you for this alien adventure in space with this sexy couple. I will be trying your other works as well!

Rebecca: I love the characters and how "Anna" gets revenge on Eli and the other higher ups. This is my favorite part so far. It's also nice to know that her best friend would still recognize her after 2 years.

Read Now
The Getaway by Maggie

Aria: Loved it.... Well written.. Couldn't keep it down since I started the triology... Looking forward to reading more of your work