Nicole Minsk would love your feedback! Got a few minutes to write a review?
Write a Review 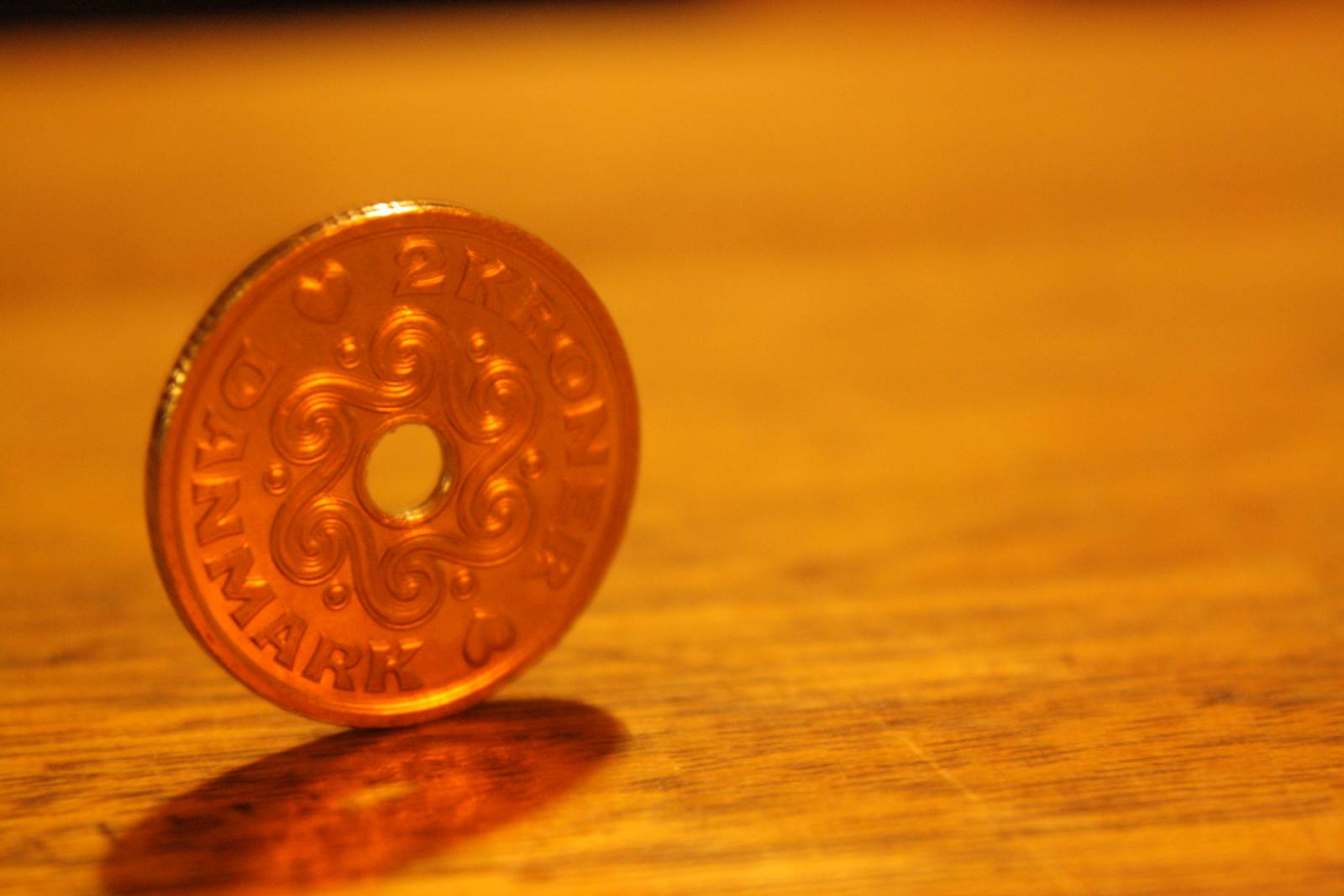 In the fall of 1941, Werner Heisenberg, head of the German nuclear energy project, visited his mentor and friend, Niels Bohr, in Nazi-occupied Copenhagen. Although countless historians have theorized as to the subject matter of this meeting, no record of the conversation between these two great men exists. Afterward, they never spoke again.

Heisenberg walked into Bohr’s study. Things were not as he remembered them from his time as a student. Yes, the pictures of young Hans, Erik, Ernest, Aage, and their mother still decorated the sea-green walls. The small desk sat in the corner, and the immaculate brown rug with its white border lay on the floor, but the wooden table was bare. In the days of Heisenberg’s fond memories, Bohr, ever the gracious host, would have had Margrethe set it with coffee. But in the Copenhagen of today, fresh milk was a rarity, coffee an impossibility. Pantries throughout Denmark were as empty as the streets Heisenberg had navigated to arrive at Bohr’s home, the shortage of gasoline making driving impossible for those not traveling under the Nazis’ auspices.

“I should speak to him alone first, Weizsäcker. A familiar face will be more agreeable.”

“Is that wise, Heisenberg? He must join the program.”

“It is more than wise. It is necessary. An hour, no more.”

“Very well. I will leave. Improve his humor.”

“Well enough, though your masters leave little for the people of Denmark to enjoy.”

“Scarcity is everywhere, my friend, but I have some small privileges. Tell me your needs, and I will see them met.” Heisenberg glanced at the empty table again.

“You will not win me to your ends with butter and sliced bread, Heisenberg.”

“No, of course. And neither are you the head of the Third Reich’s atomic weapons research program, nor are you here with the worm who launched that program.”

“Germany’s victory is inevitable. Their atomic program has no equal, and the first country with a nuclear device will win. But you—”

“So we must roll over like the dogs we are and show Hitler our bellies?”

“Have no doubt. I know what Hitler is, but if there is to be peace—” Heisenberg said.

“There will be no peace for the Jews, unless you mean the peace of death. Have you forgotten my mother? Her family?”

“Forgotten? How could I forget? But you can be safe. Your family can be safe. Margrethe, your beautiful boys—” Heisenberg threw his hand toward the wall of pictures, his lip trembling at the thought of what might happen to those boys should he fail to persuade Bohr.

“Please, I beg you. Save yourself. There is no other means.” Heisenberg fell, weeping, into one of the room’s two cushioned chairs and searched his pockets for a handkerchief. Soft linen touched his face. Heisenberg looked up and took the cloth from Bohr’s hand.

Bohr sank down by Heisenberg’s chair, his voice dropping with his body.

“I agree, Heisenberg. As things are now, Germany will win. But if there were a means? Would you save my wife, my children, and countless others, though it put you at risk?”

“In an instant, my friend, in an instant. But what is this means? The nuclear device? You solved the extraction problem? You have isolated enough uranium-235?” Heisenberg said.

“No, not the bomb. Something more dangerous.”

“With all candor, Heisenberg, at times I wonder, but I will show you. Only then will you understand.”

Bohr left, returning with a device, which he set upon the table. The two-foot-square machine consisted of a large number of metal cylinders and rectangles affixed to a board. A silver electrode dangled from the machine by a three-foot-long wire. They sat at the table, the machine between them. Bohr secured the electrode to Heisenberg’s head with rubber strapping.

“Yes. It is, in part, Hans Berger’s technology. Albeit I have made many modifications. I need the energy of your mind. SS-Officer Berger has no shred of human decency, but his apparatus is useful.”

Bohr twisted the ends of the machine’s only two loose wires together and placed a coin upon the table. One face of the coin bore a crown, the other the inscription “DANMARK 2 KRONER.”

“We are ready. When I flip this coin, tell me which side will land up,” Bohr said.

“Time is short. Will you help or leave me to my fate?”

Heisenberg stared at him open-mouthed. He touched the electrode at his temple and sighed.

Bohr flipped the coin. It fell, crown up.

“A parlor trick. What is its purpose?” Heisenberg said.

“Will the coin to land on its edge and toss it yourself.” Bohr handed him the coin.

Glaring at Bohr, Heisenberg hurled the coin away. It spun through the air, landing on its edge at the table’s center.

“My God.” Heisenberg stood. The coin fell over. He picked it up.

“It is a perfectly ordinary two-kroner coin,” Bohr said.

Heisenberg collapsed into his chair. “The Observer Effect? Yes, of course. But in the Effect, the observer only changes the outcome of an event by observing it; he never controls it. I controlled the outcome. You have found a way to control the Observer Effect. It was I. I made the coin land on its edge.”

“Yes, and together, we can make Hitler land in the hell he came from,” Bohr said.

Heisenberg’s brow furrowed. “But why do you need me? With this machine in your hands, why does the Reich still stand?”

“Because I cannot influence anything greater than a coin,” Bohr said, rubbing his forehead with his hand.

“And you think I can tell you why?”

Pulling off the binding and electrode, Heisenberg walked to the window. In the street, a couple walked arm in arm. He watched the pair cross the street then turned back to Bohr.

“Pairs. Observable facts come in complementary pairs: position and momentum, time and energy, time and frequency—the identity of the pair depends on the system,” Heisenberg said.

“Yes, and under your Uncertainty Principle, knowing one member of the pair makes it impossible to measure the precise value of the other member.”

“Correct. But to succeed in your aim, you must control both halves of the appropriate pair. That is, you must know the value of both members of the pair to a certainty. Here, the pair is the past and future,” Heisenberg said.

“But the past and the future are time. As you just said, time is only half of a pair.

“Not in this system. The pair depends upon the type of work a system is doing. You seek to alter the course of the events we see unfolding before us. Your system is a stream of time, and its work is to flow from one event to another. That time stream’s only property is the direction of its flow—to the past or to the future. You must control two points in a line—one point in the past and one in the future relative to your own position in the time stream,” Heisenberg said.

“You can control the coin toss because it happens in the instantaneous present and has no importance to the past or future. It is a node in the time stream, a point where everything stands still for an instant. Thus, it requires no control of a pair,” Heisenberg said.

“But to control the course of history, I must concentrate, unwavering, forever? Then all is lost.” Bohr closed his eyes. Hunched over the table, he bowed his head.

“No. The principle I suggest, let us call it a Certainty Principle, requires the observer to invent and hold certain in his mind two new facts that change the time stream’s course—one regarding the past, one regarding the future—but the difficulty is not in holding the certainty of those facts in the observer’s mind forever. The difficulty is that one man’s mind cannot hold two such certainties at once because to know one of the two facts limits the ability to accept the exact nature of the other,” Heisenberg said.

Bohr sat up. “But two men? Two men could each be certain of one fact in a chain to change history’s course.”

“I agree. Two men connected to the machine, one choosing a past fact and one a future, could affect the course of a time stream. But, each man would need to choose a fact beyond the other’s belief. Each man could only be certain of his fact.”

“I need something silver to use in place of a second electrode.” Bohr ran out, returning with a silver spoon and a hammer. Careless of the damage to his desk, he flattened the spoon and strung it to the machine with a long wire.

Heisenberg laughed. “Einstein, the pacifist? Impossible. I am certain the Americans will have the bomb first.”

“While we need not concentrate forever, if our concentration ever wavers in each other’s presence, even after we disconnect from the machine, we might undo all we accomplish here.”

“Then we must never again be in each other’s presence?”

Heisenberg nodded. Bohr rushed forward and embraced him. Once they separated, Heisenberg lifted the electrode, Bohr the spoon.

If you enjoyed this story, please try my Science Fiction / Paranormal novel : "I Know How You Feel: The Sensate" http://amzn.com/B00YT1LKAA (Sexual content—ADULTS ONLY, please)

Thanks to Blondinrikard Fröberg for the use of his wonderful coin photo as my story image.

Did you enjoy my story? Please let me know what you think by leaving a review! Thanks, Nicole Minsk

Bridgette: So they’re done tile if experiment and who’s the guys in the lab anyway

Read Now
THE HAUNTING OF HILLCREST MANOR book 1 by SusanLargent

Jose Ignacio: Her Gift, is an awesome book it really got to me, I loved how the character’s showed love for each other and how different it is from other stories.

Julsanz: I instantly connected to the writing style, storytelling, hand the characters. If you have some great stories like this one, you can publish it on Novel Star, just submit your story to [email protected] or [email protected]

Angeliclilly: Honestly, I was never a big fan of science fiction but this book right here....this book changed everything. I'm so in love with Pax character and the plot is extraordinary 👏🏾👏🏾💯❤️

Jill A Chunko Skidmore: One of the most easiest and loved stories I have read so far. Thank you so much for this book.

PhoenixWerewolf: I didn't think this was going to go that well but hell, this is a really good story. I was wrapped in the events the whole time, it was so amazing I can't describe it. Although I do feel a little sad for Angie.

YJ: I love ur plots is keeps me hooked and I don't hv any problem with how u write it's pretty great, but I did see some mistakes not big just few human errors and u might like to elaborate ur work but except that I love this whole story and I really am relatable to her tomboy behavior and it's cool ...

sweetishani2009: Nice story.,.,different from what one generally reads on Inkitt.