tstewartshiu would love your feedback! Got a few minutes to write a review?
Write a Review 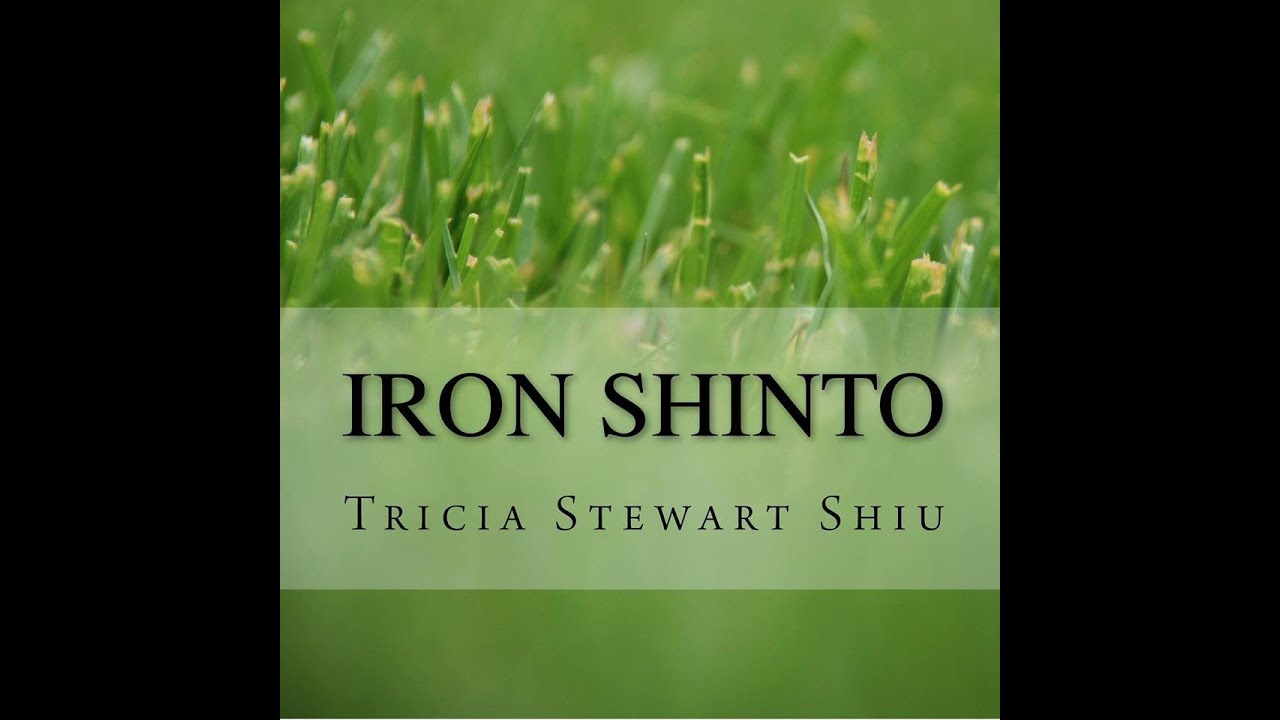 Hillary writhes in pain on a crinkly paper-covered table. Acupuncture needles protrude from her hands, her stomach and her face. Her eyes are wide with fear as she quickly glances down at her wrists and ankles, which are bound by thick, oiled leather restraints. Her hands look different, small child-like hands, slim short fingers with bitten nails. Her tiny feet have even tinier toes. The sound of city traffic wafts in through the rusty security bars of a dirty window as her gaze wanders to an ornate tattoo curling around her right ankle.

The reality almost chokes the breath from her pincushion chest. She is inhabiting someone else’s body. And who on earth, she wonders, would tattoo a child?

“If you just close your eyes, you will gain so much more from this process, miss.” The doctor jabs a needle directly into her forehead and turns it again and again.

Hillary tries to jerk away, but her restraints prohibit almost all movement. Pain jaggedly zings through her head. It certainly feels like it’s Hillary’s body, or at least this pain is happening to her.

“Mommy?” Shocked at the rasp of her voice and that she is calling out for her mother—an act she hasn’t done since she was ten, more than eight years ago—Hillary cranes her neck to find any evidence of her location.

The doctor wears thick black-framed glasses with even thicker lenses and he reaches over Hillary to turn the needle in her left forearm. As he does so, his grimy, stained sleeve brushes across her lips and she wonders how often he launders his lab coats. His manner is cool and cruel and as she winces, he gives a slight smile. “How is it said? No pain, no gain?”

His worn black work shoes squeak on the beige tiled floor as he leaves. Hillary feels the wake of cool air pass over her body, hears the creak of the door handle and, finally, the metallic clunk as the doctor slides the deadbolt into place.

Resisting the urge to close her eyes, Hillary can’t explain it, but there is something she does not wish to see which lurks just behind her eyelids. She blinks. The blink turns into a flutter and before she knows it, her eyes shut.

The second her upper lashes meet her lower lid, she gasps. Her own face appears inches from her nose. It’s as if she has separated from her body and a part of her is unreasonably close.

Eyes snapping open, brakes squeal on the street below followed by a loud crash, then people arguing in an indiscernible foreign language. Hillary frantically scans the immediate area for anyone, her breath comes in heaves, as if whoever, whatever, was hovering above her was pressing on her chest. No one is in the room. Outside, a gentle rain drips through an ancient barred window and falls onto a rolling metal cart containing cotton balls, a large bottle of alcohol and the dreaded needles.

Struggling to free herself, she yanks at one arm restraint, then another. A wisp of a thought meanders through her mind. Is it really worth all the trouble being here on Earth? The thick leather burns her wrists, almost rubbed raw, as she writhes against them, willing them to give under her pressure. Feeling no release, Hillary examines the bound right wrist of her prison-body. Perhaps it will hold a clue to whoever is encasing her ethereal body and maybe the evidence will offer information about how she can escape. Again, slightly stronger, the meandering thought continues. Wouldn’t it be easier to be set free of the confines of this human body? The right wrist has thick, horizontal pink scars just at the inside crease. Oh God, Hillary jolts in disbelief. This child tried to commit suicide. A quick glance confirms her worst fears, the same scarring on the left one. Both hands have scratches and the nails are dirty and bitten to the nub. Hillary is overcome with pity and, instead of feeling trapped, now wonders if she could be an unwelcome squatter. As she lowers the left hand, it knocks against a small, hard object. Deftly maneuvering her hand into the ample folds of her well-worn fabric of the skirt, she digs into a deep, loose pocket and unearths a small silver coin with a shockingly familiar pattern, three parallel wavy lines.

Suddenly, Hillary hears the acupuncturist’s voice and quickly shoves the coin back in the pocket. Before she can do anything else, a snowy white overtakes her vision and a tunnel-like echo engulfs her ears. The veil thins and then fades to nothingness.

I manage to move my wrists into a position in which the thick leather restraints are not cutting into my flesh. However, there is no escaping the distinct pain caused by the acupuncturist’s sadistic methods. I’ve had acupuncture before. Usually, the needles are inserted with a quick tap and the experience is relatively painless. If it is necessary, I’ve had acupuncturists turn the needle once or twice. This man’s use of needles is more like “acu-torture.” The insertion is not just a quick tap, it is more like a sharp jab and the turning of the needles, well, his average so far is eight or ten times.

Once again, I close my eyes, praying for peace and freedom from this horrific place. I must believe that some good will come of this. In fact, it almost seems imperative that I find healing within the pain.

A memory seeps in and I follow it, if only to escape my present discomfort for a brief moment.

“Mina?” My mother is touching my forehead with a wet cloth and she looks concerned.

I am five years old and I lie on a bed made of an old feed sack stuffed with straw. I have contracted an illness that no one, not even our village healer can diagnose, and my mother has separated me from my brothers and sisters for fear that I might be contagious.

My eyes flutter open and I ask her, “Did I die?”

Creases of worry cover her face as she shakes her head, unable to speak. Wiry gray hairs have broken free from her smooth black braid and move around her face with the breeze wafting through the open door. I’ve been this way for a month with no change. Finally, she tells my brother to call on our local witch doctor. She never would send for him because his methods are unorthodox and often harsh, but under the circumstances, she feels she must.

Truth be told, despite my feeling awful, I am thrilled because this is the most tenderness my mother has shown me in my entire life. I relish her gentle strokes and touches on my cheek and revel in her obvious fear. This deep concern permeates every cell of my being and makes me feel like I’m inside her. It is the first time I have been fully aware that I can feel emotions of others as if they are my own.

The witch doctor enters my room with a flourish and asks my mother to step away from the bed. He is a small man. His head reaches just over the mattress, and with his ceremonial mask, he resembles a gremlin or gnome. His red robe is tied with a wide gold brocade sash and he carries an animal skin cinched at the top.

Intoning a deep rumbling chant, he slowly moves around my bed. As he arrives at my side, he reaches into the back and pulls out metal bells and begins to shake them over my head and torso, then over my feet.

He returns the bells back to their dark home, deep within his animal skin tote, then places his hands about a foot over my body and appears to feel or sense something. Directing my mother and siblings who had gathered in the bedroom doorway to move far, he gathers up a deep breath, pulls his hands in a circular motion at the top of my head and with a loud whooshing exhale, sends whatever negativity or anomaly he felt in my aura away from my body and out the open door.

I feel a chill as he gathers more energy from around my body and says, “You are so easy to work on. Your energy is not difficult to move at all. Soon you will feel much better.”

My mother looks drawn and weak as she watches the witch doctor work. Sunlight catches wayward gray hairs and lights them creating a halo all around her crown, her ears and her neck.

After one more pass of this energy, my fever is gone and I do feel something—naked. Not just unclothed, but unprotected. I feel exposed and my mother’s fear seems to have burrowed into my soul so that I no longer can tell if it is my fear or hers.

Before he leaves, the witch doctor pulls his ceremonial mask off and tucks it under his arm, gazes intensely into my eyes and says, “Iron does not age, it gains patina. In its own way, it transforms through alchemy.”

I had no idea that this man had summed up my entire future with these words. From the outside, “patina” is a beautiful transformation. No one asks the iron if it wants to patina or if the patina hurts. From the outside, anything can look beautiful. The experience from the inside is a completely different story.

Are you enjoying my ongoing story? Please let me know what you think by leaving a review! Thanks, tstewartshiu

Darvin Sumrall: I love science fiction, i have my mother to thank for that. I like the characters i cant stop reading this ,,,,

Read Now
Silenced: Book 1 of the Bound Trilogy by dpeck

Shubra: This is my 1st book saw how an innocent girl change to be independent loved it

Blessing Solomon: The book is really inspiring. I love the main character, Aiya spirit. She's really a special person. The writer is a wonderful writerShe surely deserves the rating

Read Now
The Cowboy by lilrach1324

BookBrain: WOW! This book nearly made me cry, such a beautiful story and I found myself more and more invested in it with every word. Definitely worth a read if you are looking for a stunning romance.

J: Really nice and funny book also like how the author writes

wacukans: A very good story. I would love to read more of your work. Good job

Read Now
The Mafia and his lost queen by AnaChaudhry

Read Now
Into the Cold by Jennifer Miller

TheRiSi: I loved this. Even if the plot wasn’t super complicated or convoluted, the way it was executed was amazing.The overall style was so unique and it felt so real. There was good balance between technical knowledge and plot. The characters aren’t perfect and are arguably slightly flawed in the best w...

Shakshi: I liked everything about the book so far like how the events turn out. But I didn't like how she didn't even bother about Richard and thought he is dead and just moved on with Steven.

Elaine June Creech: I loved it & can't wait to read about Victoria

Read Now
Beneath the Crown by Natalie Le Roux

Mohini: I love the book. Exactly what i needed right now. Thank you for sharing <3