James Villinger would love your feedback! Got a few minutes to write a review?
Write a Review I pushed myself out of bed, throwing the covers to the ground. Tau was also awake; she rubbed her eyes and jumped to her feet. Eno got out, too, but hid behind our bed.

The three armoured females stood in front of the entrance to the shack, which was now reduced to a puddle of water, leaving nothing but the furniture and floorboards under our feet. Like when we first met Tau, the women had their combat armour on, and each had colourful streaks in their fringes. 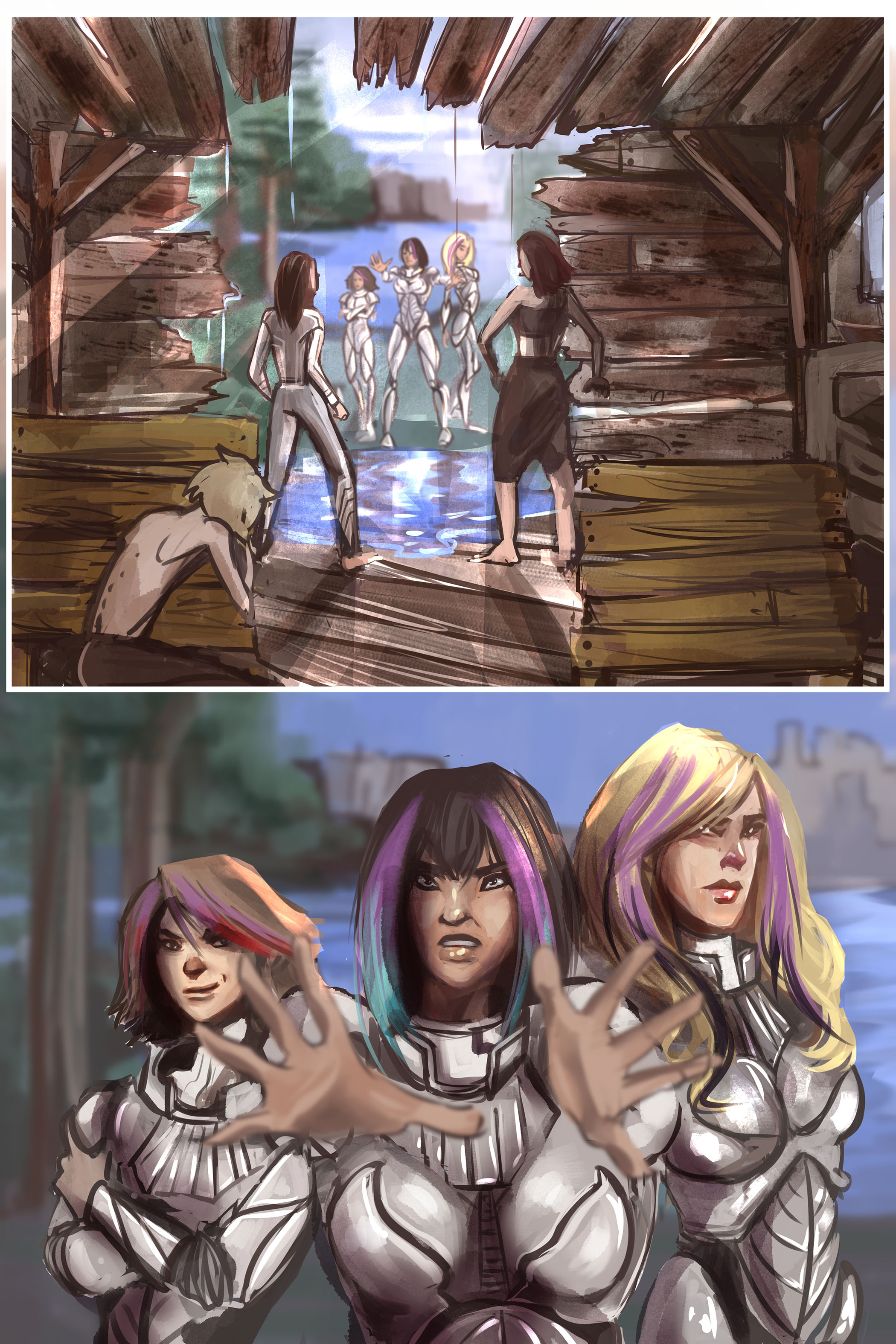 The woman at the front still had her hands outstretched to where the door once was. She was darker-skinned than the other two, so she must have been of Nomadic descent. Her hair was fairly curly, long, and black. She appeared strong and athletic, and maybe in her early 20s. 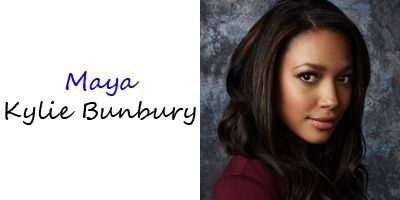 Tau turned to us and backed away. “You both need to give up. Please. You could get hurt. They are too powerful for you.”

“After all we’ve been through, I thought we were friends now,” I said, stalling the situation. “You want to go back to killing people again with them?” I tried concentrating on a new destination. We needed to leave here right away.

“I wouldn’t ask you to betray your brother, Sacet. What you’re doing is the same thing. You’re asking me to betray my family,” she said as she walked over to the three women and stood by their side. “I can’t do that, so please don’t ask me to.”

“I guess this is farewell then,” I said before turning, throwing my hands in front of me and using all of my strength to open a portal next to Eno.

“Maya!” I heard one of the women yell behind me.

There was a moist, slurping sound as I went to jump, and both Eno and I fell into a pool of waist-high, brown water. The ground had been liquified, a slush of what was once the floorboards. The one called Maya had both her hands flat to the ground. The trail of liquified floorboards and soil led straight back to her hands, its path like a small river. She rose up again, and under her gloves I saw that her fingertips were exposed.

The second soldier, a short brown-haired girl, strutted forward. She was only a child, half the size of the others, and about the same age as Eno. Until now, she appeared disinterested in what was going on. “It isn’t going to be that easy,” she said, now giving me her full attention.

She closed one eye and raised her fingers in front of the other, before spreading her thumb and index finger apart. Then she retracted the two closer together again. As I stood in the water, there was a strong pinching force on my body. I couldn’t move. I was stuck! The pain caused my portal to close.

Keeping her fingers in front of her open eye, she raised them higher, and I was levitated out of the water. While suspended in mid-air, I struggled against the invisible, vice-like grip she had on me.

The small girl’s uninterested face turned to that of maniacal joy. “There’s no point struggling, desert cretin. If I wanted to, I could crush you like an insect.”

There was a much stronger squeeze and I shouted out in pain. Her grin grew wider.

“Sacet!” Eno yelled out from the water below. He waded over, grabbed my legs, and tried to pull me out of the air. “Let her go!”

Tau moved in closer to the others. “Please stop. I’m sure she would make a great ally. She’s ... she’s very resourceful ... and powerful. She’s already saved my life twice. We should take her prisoner instead.”

“Do not speak out of turn, trooper,” the stern woman at the back said. “I fully intend on allowing her to live. But I want to see what she can do first.”

This woman was middle-aged, tall, slender, and had long curled blonde hair reaching down past her shoulders. The small girl still hadn’t broken her line of sight. “I’m surprised you haven’t asked me to put you down yet.”

Had she been waiting for me to say it? Was she trying to humiliate me?

“Okay ... argh ... put me down!” I said, barely managing to utter each word through gritted teeth.

“Sure thing,” the girl said as she flung her hand to the side and cackled. In turn, I was thrown over the bank down towards the river. The wind whistled past my ears.

I splashed into the water, sending out a ripple of waves. I tried standing up but my bare feet slipped on the slime-covered stones on the riverbed. I rose to my feet a second time and faced the women, who were walking down the bank. Tau ran over to Eno and helped him out of the shack’s liquified remains.

I was completely outmatched, but I needed to fight back all the same. I had to get Eno out of here. Somehow, I felt re-energised, and more powerful than I had ever been. Similar to how I dispatched the Male Dominion soldiers, this time I would use my portals to crush them.

I spun my fingers around, and the breeze along the river intensified. A set of portals opened, one on the river bank, the other above my enemies’ heads.

Bringing my hand down with great force, the portal above plunged down. But I wasn’t fast enough. Both the older woman and the younger girl side-stepped. Maya stood her ground and looked straight up.

She brought her hands up.The portal encircled her, pushing her into the ground on the other side, but it didn’t crush her. A large puddle had formed underneath the portal on the shoreline. I closed my portals, knowing that I had failed. Maya calmly stepped out of the puddle she had created.

She rested a hand on her hip. “You’re going to have to try a lot harder than that to kill me.”

With this the child Acolyte shook her head. “She’s pathetic. Not challenging in the slightest,” she said before turning back to the blonde-haired woman. “Mira, can we finish this and go back home? I’m bored.” The blonde-haired woman must have been the commanding officer of the group, but that didn’t change the girl’s attitude. She even spoke to her in a rude tone. 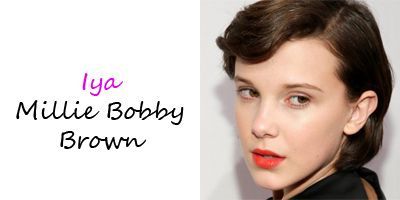 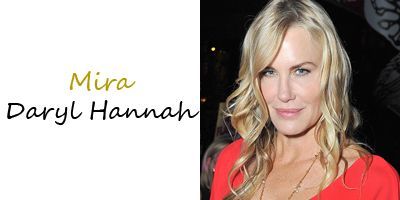 I smirked and raised an eyebrow.

Tau had grabbed Eno and muffled him with her hand. “Don’t make them any angrier, they’ll kill you.”

I shrugged at Mira. “As if you would let any of us go.”

She grinned. “For all you know my offer could be genuine. But just for that, now you need to impress me if you want that little boy to live at all.”

Mira glanced back at Eno and Tau. The soldiers went fuzzy, quickly fading from view then back again. Confused, I blinked and refocused my eyes. All three women suddenly disappeared from their positions.

A great force smacked into the side of my jaw. I heard a loud pop. The attack sent my body careening through the air. The shooting pain was immense. I collided into the water and sunk, completely disoriented.

I floated up off the bottom and stood back up with difficulty. I held my throbbing jaw and moaned in agony, but opening my mouth caused even more discomfort. It felt dislocated.

The water had cleared from my eyes, and I saw all three women beside me in the water. Maya was the closest, with a clenched fist and a furrowed brow. How did they get there so fast?

Mira had her hands on her hips. “Maybe we should leave both of you dead in the water right here? What are you going to do about it, hmm?”

Tau was still holding onto Eno to make sure he wouldn’t escape. I could at least portal them both away? So long as he was okay, I didn’t care what happened to me.

I glowered at Mira. “Fine, I’ll play your game,” I said, every word bringing me pain.

“If you try to escape again, it’s over for you,” Mira replied. She raised a hand to stop the others. “Let her make the first move.”

The little one sighed.

Maya nodded then gazed back to me. “Bring it on.”

I closed my eyes, took a deep breath and tried to concentrate. Then, I opened a portal in front of me on the water’s surface, its exit high above in the air. I saw myself and the others far below as I peered down into the hole.

I took one last deep breath, and then dove headfirst into the portal. I flew through the air in free-fall down towards the ground. Concentrating again, and twirling my fingers as I fell, I focused on the ground where I thought I was going to land.

Another portal opened just as I reached the water, and I threw my arms in front, tightening my hands into fists. The new portal’s exit was facing the little girl. I flew through and the momentum carried me back up, unscathed by the ground.

But she was too quick; she pivoted on the spot and raised her fingers in front of her eye again. Her fingers pinched and stopped me mid-air. The force jolted my stomach. 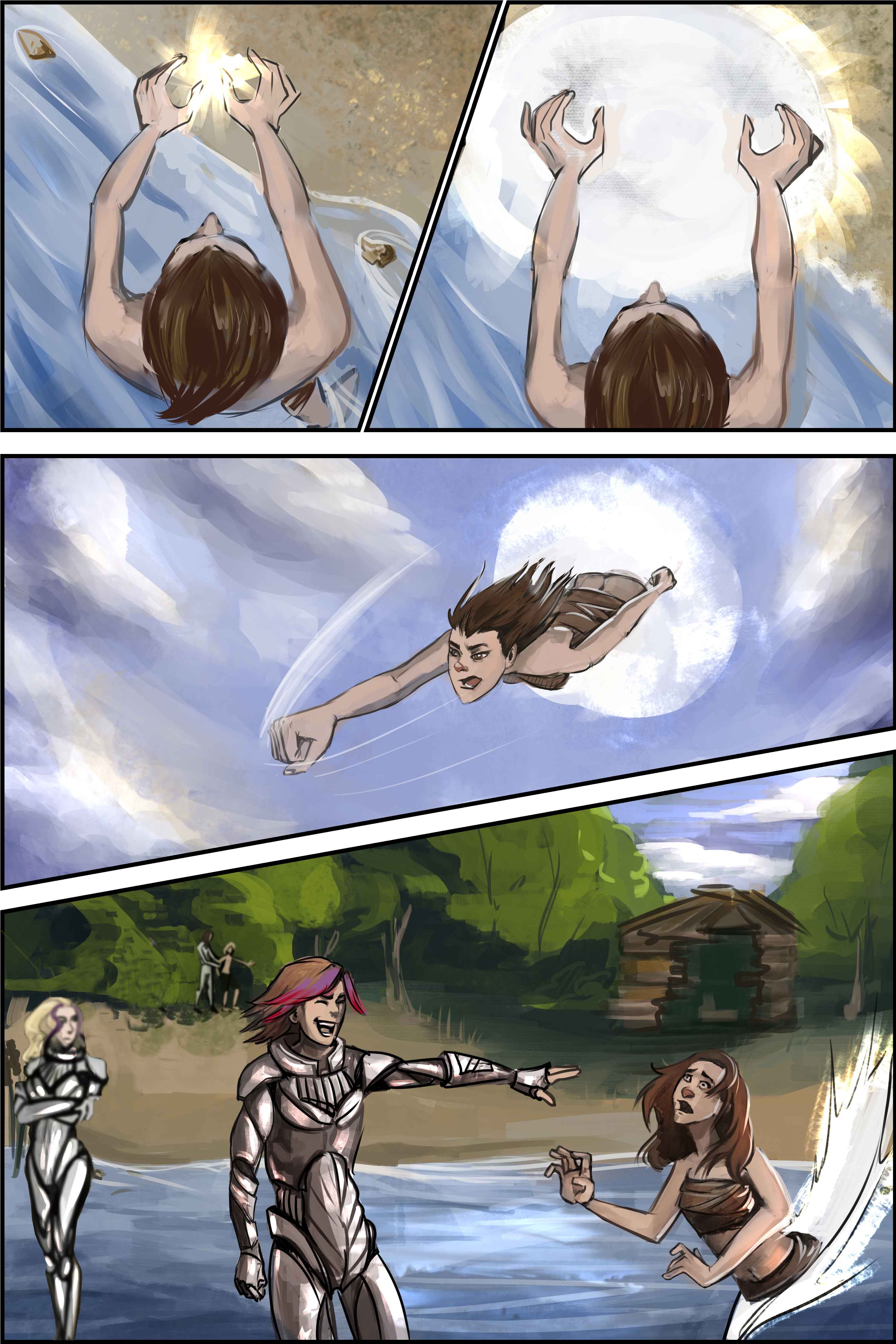 I looked back up at Iya, who was smirking at my failed attempt. “That was all you could do?” She chucked her hand to the side again, ripping me out through the portal and back into the river.

I spun on the water before sinking back down. This was hopeless. I wasn’t going to get the better of them. I floated for a moment, battered and bruised, before raising myself back onto my knees. I had no choice but to do the right thing and save my brother.

I stared up at Mira then spat in her direction. Eno still had Tau grabbing hold of him. I frowned at him, unable to say anything. His face fell, knowing I had given up.

I twirled my hands about trying to quickly make another portal. One opened up beneath them, but Tau side-stepped with Eno just in time.

"Ahh, what are you doing?” she shouted.

Realising the escape attempt, Mira’s grin had disappeared. “Time’s up.” She quickly strode through the water, drew a small weapon from her belt, and fired. I felt the sting of a dart hit my neck. My face hit the water’s surface and I blacked out.